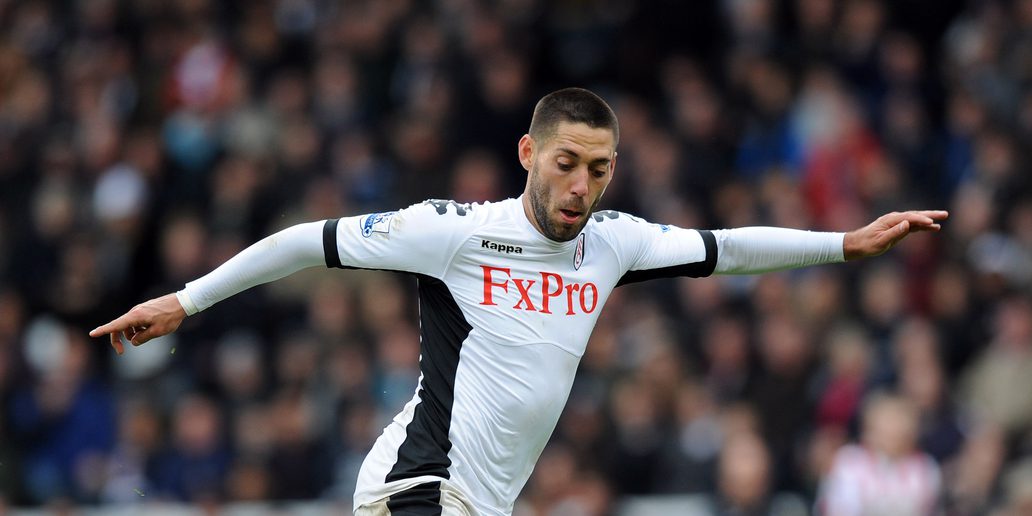 The Clint Dempsey retirement tour continued last weekend, this time with the show going across the pond to West London.

Fulham honored the recently-retired United States forward during halftime of their 1-1 draw against Watford on Saturday at Craven Cottage, inviting him onto the pitch where he received an ovation from the fans in attendance.

“The Cottage was one of my favorite stadiums to play in,” Dempsey said on the Fulham website. “It was such an intimate atmosphere and I’ve just got so many great memories of playing there.

“The fans were a big part of helping create those memories. I gave all I could for Fulham so to be able to come back and sit in the stands as a supporter is going to be a great experience.”

…it was fantastic to see @clint_dempsey back home yesterday! ? #COYW pic.twitter.com/5DyTMq7XUU

Dempsey played for Fulham from 2007-12, scoring 60 goals in 232 total appearances for the Cottagers. His infamous goal against Juventus helped Fulham get into the last eight of the Europa League en route to the 2010 Europa League final where they eventually lost to Atletico Madrid in extra time. He’s scored more goals than any Fulham or American player in Premier League history.

Dempsey announced his retirement last August after a 15-year career that included a stop in the Premier League at Tottenham. He returned to Major League Soccer in 2013 with the Seattle Sounders where he won an MLS Cup three years later in 2016, although he missed the end of the 2016 campaign due to a heart condition. He returned to the pitch in 2017, earning the MLS Comeback Player of the Year award.