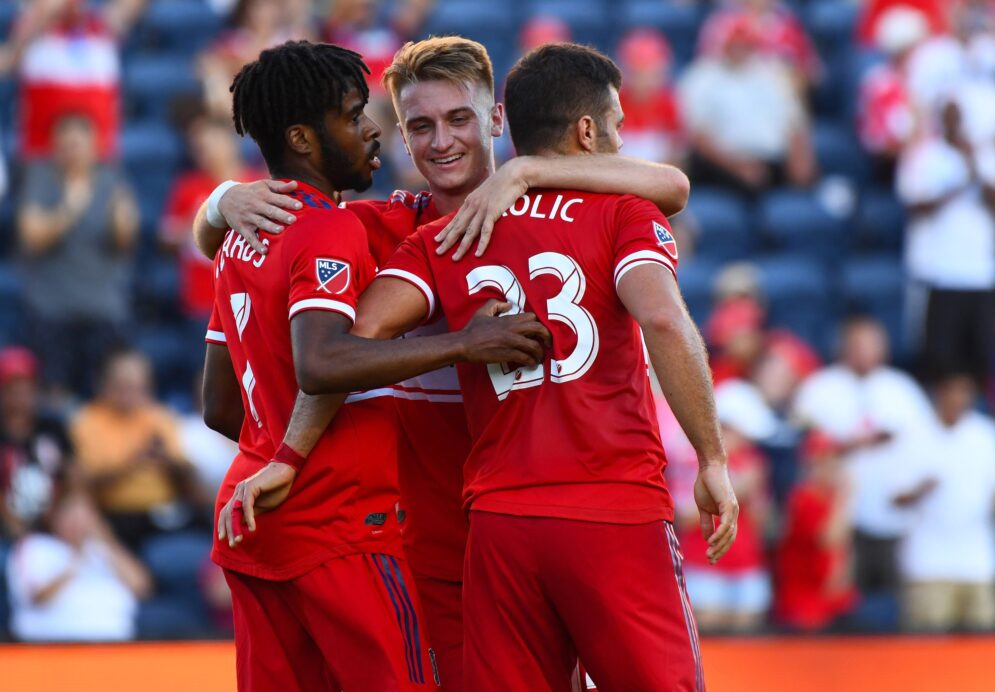 The Chicago Fire have found it difficult to register victories in 2018, and it took a team in even worse shape to visit Toyota Park and help the Fire get back to winning ways.

Veljko Paunovic’s side scored a pair of goals in each half to steamroll Orlando City, 4-0, at Toyota Park.

The win snapped a nine-match winless slide for the Fire, and extended Orlando City’s own winless run to nine matches.

It didn’t take long for the Fire to get rolling, with Nemanja Nikolic’s close-range strike beating Joe Bendik after three minutes.

Aleksandar Katai’s right-footed finish in the 28th minute doubled the Fire’s lead as the Serbian hit double-digits in his debut MLS season.

Chicago’s third goal came before the hour mark as the hosts took advantage from a corner kick. Michael de Leeuw’s composed finish extended the lead to 3-0 after the midfielder was set up by Johan Kappelhof’s headed pass.

Nikolic scored his second of the afternoon in the 70th minute to put Orlando out of their misery. The Hungarian finished Raheem Edwards’s pass following a Chicago fast break.

Richard Sanchez had a comfortable day in goal for the Fire, making two saves to help the team to their first clean sheet since May 9th.

Man of the Match: Nikolic was back to his old Golden Boot-winning self, scoring his first double since March 10th.

Moment of the Match: Katai’s goal truly put Chicago into cruise mode for the remainder of the match.

Match to Forget: Joe Bendik’s early blunder helped gift the Fire a goal on a day when nothing went right for the Lions defense.