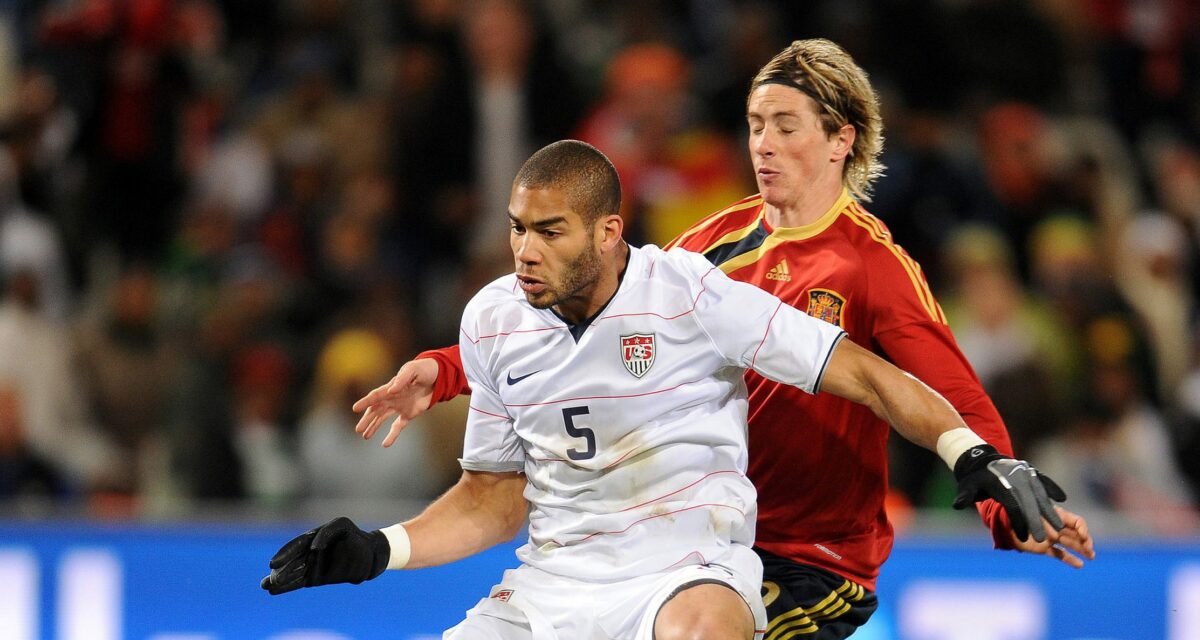 “All good things must come to an end… Thank you. #Blessed #Honored #Proud #TheEnd,” the 36-year-old centerback said.

Onyewu was most well known among American soccer fans for his time with the USMNT. He earned 69 caps, including appearances in the 2006 and 2010 World Cups. The defender scored six goals for the Stars and Stripes in his international career, and was voted the 2006 U.S. Soccer Athlete of the Year.

Onyewu was a dominant figure from 2005 to 2009, but struggled to recapture his best form after a major knee injury in the fall of 2009 while on national team duty.

Onyewu spent the majority of his professional career with Belgian club Standard Liège, where he made 139 appearances and helped lead the club to two league titles. He established himself as one of the best centerbacks in the Belgian First Division, earning  Best XI and Foreign Player of the Year honors.