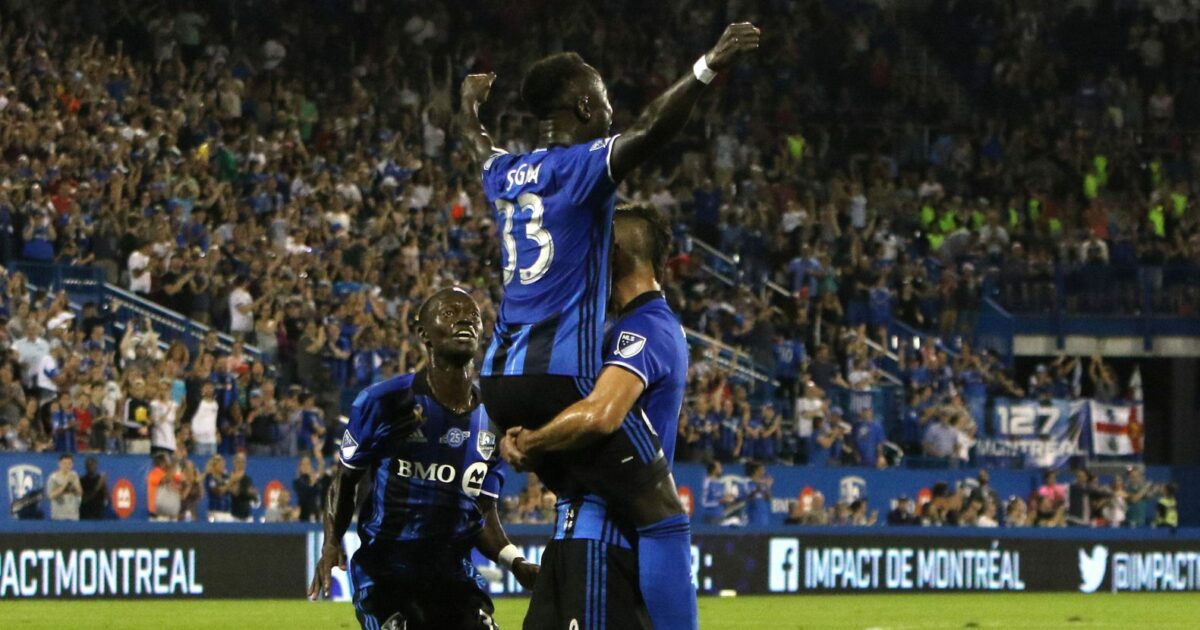 It was a night of firsts at Stade Saputo on Saturday as both Rod Fanni and Bacary Sagna opened their Montreal Impact goal scoring accounts, Quincy Amarikwa and Micheal Azira got their first starts, and, finally, the Impact won convincingly through set pieces—a first in a long time.

Having been historically bad in that facet of play, head coach Remi Garde took it upon himself to practice dead ball situations leading up to the matchup. There were two reasons for this: Aside from improving their lack of production on that end, the Frenchman located a flaw in the Red Bulls’ play.

“I insisted before the game, because the Red Bulls concede a lot on set pieces,” said Garde. “I insisted, it worked with Rod and Bacary. The defenders continue to score.”

The starting back line Garde sent out to face the Red Bulls, featuring Fanni and Sagna alongside Jukka Raitala and Daniel Lovitz, now all have a goal to show for. In Garde’s mentality, a player shouldn’t be reduced to their primary role.

“It’s a question of balance,” said Garde. “If everybody plays their own tunes in their corner and if we think that only forwards should attack and only defenders should defend, it’s not my analysis at all and I don’t think a lot of coaches think that way either.

“We need to make players understand their position in regards to the position of the ball and their teammates.”

Questioned on the offensive production of his defensive players like Sagna, Garde responded by giving credit to players that have been successful in understanding his philosophy. Namely, Samuel Piette and Micheal Azira.

As for capitalizing on set-pieces, Rod Fanni thinks that working on and mastering that part of their game could elevate the team as they enter the thick of things in the race for a playoff spot.

“For this game we knew they were shaky on that front so we played our cards and it worked,” he said. “I think that for the remaining games we should bank on this because other teams have difficulties in that area as well.”

The team hit a fork in the road in their playoff aspirations last weekend with a 3-0 loss to Toronto FC. During the week, the players had a closed-door meeting holding up practice for 30 minutes. According to Fanni, the meeting was fruitful for the team’s morale going forward.

“I think that it helped because it’s important sometimes to say certain things to each other,” Fanni said. “Sometimes it’s misunderstandings and it’s true that we may have had that not going for us. We maybe weren’t talking about more delicate matters enough and it’s true that it was good to get to the bottom of it and give ourselves a little boost because we needed it.”

Garde, who admitted that Saturday’s win against a league-leading Red Bulls team was his team’s best performance this season, also agrees that the meeting help his squad.

“It certainly played a role,” Garde said. “I didn’t miss to tell them that the game we played in Toronto was lacking in solidarity in terms of the collective will. When we are like that we are very vulnerable.”

Pausing for the international break, the Impact will try to channel Saturday’s positivity as they head to Philadelphia to play the direct playoff rival Union on September 15.