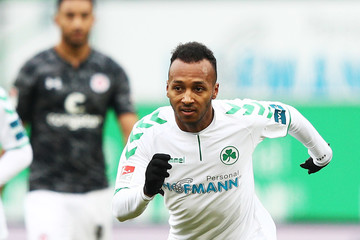 Julian Green may not have found the back of the net for the U.S. Men’s National Team during this recent international break but the winger wasn’t discouraged as he returned to domestic play.

With his team hanging onto a 3-1 lead in the dying moments, Green iced the result at home.

David Atanga played an assist to Green who slid a right-footed effort into the bottom-left corner. It was Green’s first goal of the season for Furth, after coming on as a second-half substitute.

The victory moves Furth to the top of the 2. Bundesliga table with 11 points. Green, 23, will look to be in the starting XI as Furth next travels to Heidenheim on Sept. 23rd.