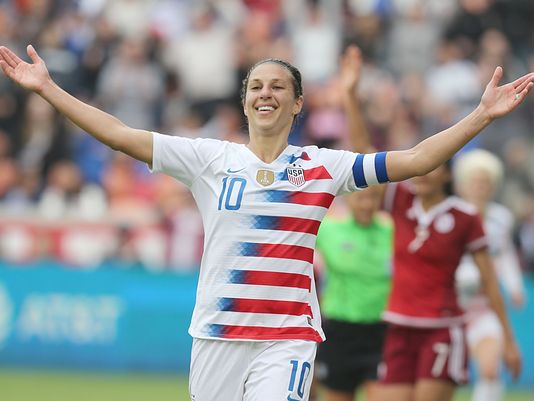 With the Concacaf Women’s Championship just two weeks away, Jill Ellis has made the U.S. Women’s National Team squad that will compete in the eight-team tournament.

Working within Concacaf’s rules, the head coach has selected 20 players for the World Cup qualifying tournament, with just about all of the USWNT’s stars making the cut. Alex Morgan and Carli Lloyd are just two of the six forwards Ellis will have at her disposal, as well as frequent fixtures Julie Ertz and Becky Sauerbrunn.

With Tierna Davidson sustaining an ankle injury while playing for Stanford, UCLA’s Hailie Mace has made the roster. The defender received her first two caps for the National Team this year, and will be participating in her first major tournament on the international level.

Additionally, Ellis has made the midfield picture a bit clearer, selecting Morgan Brian instead of Allie Long. Neither had been regular fixtures in the starting lineup in recent months, but both were fighting for minutes backing up Ertz and Lindsey Horan, a battle which ultimately Brian won. Notably, she makes the roster in the absence of McCall Zerboni, who picked up an elbow injury that ended her season in the USWNT’s 4-0 victory over Chile this month.

The USWNT will first compete in Group A, facing Mexico, Panama, and Trinidad & Tobago. Should they finish first or second in the group, they will advance to a semifinal match in which victory would ensure a place at next year’s World Cup.