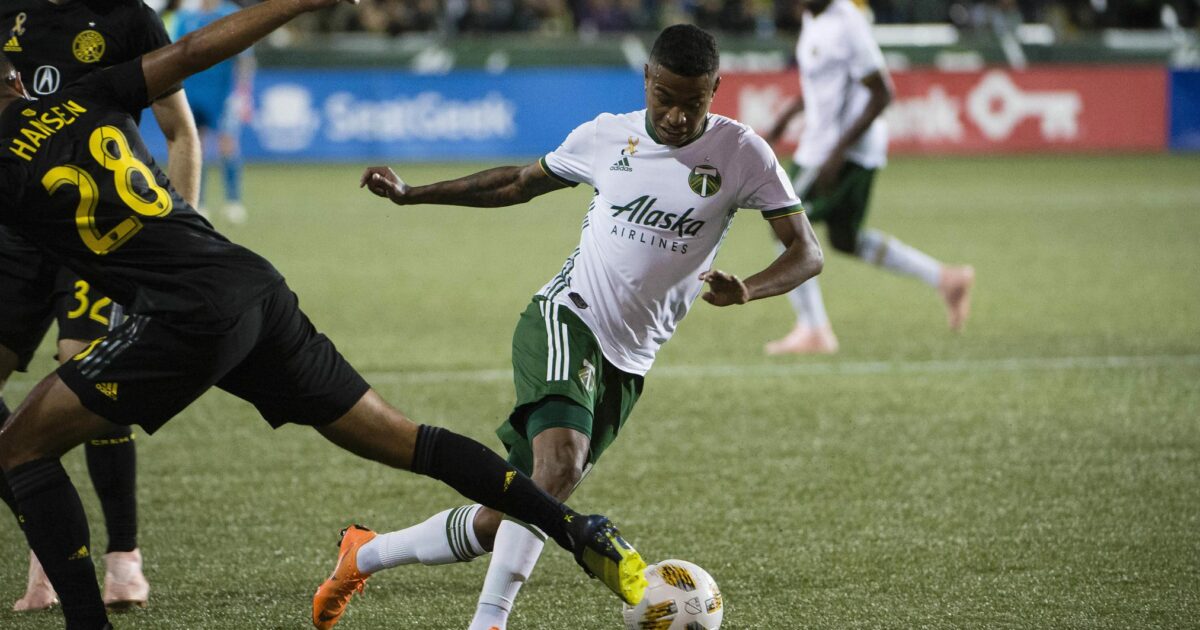 Andy Polo was one of the big additions to the Portland Timbers last winter. The Peruvian winger boasted one big attribute that had everyone around the club boasting: his speed. It may have taken a while for him to truly feel apart of this Timbers side, but he has been improving quite a bit in the last few weeks and it all came together on Wednesday night when he provided an assist and scored a spectacular goal.

Polo used that deadly speed to carry the ball from one box to the other before seeing his attempted cross blocked. He didn’t give up on the play, however, and broke out a flying karate kick at the rebounded cross and managed to smack it into the net for his first ever MLS goal. That goal was the winner until Niko Hansen gave the Crew a consolation goal with the last kick of the match in what ended as a 3-2 Timbers victory.

The goal was impressive, but his overall performance was even better. He played with the freedom that the Timbers have been looking for from him all year long, and he was rewarded with a couple appearances on the scoresheet.

“He had a great performance,” said head coach Giovanni Savarese. “I think he’s been looking for the goal for a while. But today he looked a little more free, he went forward, he found the spaces that he needed.”

Wednesday was the culmination of a season full of progress for Polo. Sure, it was his first goal and only his second assists, but Savarese has seen him developing since the moment he arrived. Most of his contributions have come off the ball and away from the goal scoring front and they’ve only gotten better as the season has gone along.

“He’s been doing very well. But not [just] from now, from the beginning of the season,” Savarese said after Wednesday. “Since he got here, he’s been giving us a lot and he’s been playing in a role that is demanding because he needs to be disciplined tactically defensively and also offensively and he’s given us a lot of balance.”

That balance showed quite a bit on Wednesday night. He had a couple tackles, a pair of interceptions, and two blocks defensively in addition to his clear attacking contributions. He was also an efficient passer, something that has been part of his game all year long. Polo has the third highest pass success rate among regular players on the Timbers.

Polo, for his part, was just happy to contribute to a much needed win any way he could.

“I’m very happy to help the team in this difficult match,” Polo said after the win. “We knew we had to win this game, so I’m happy to be a part of it.”

But an impressive goal in front of the home fans was the perfect way for him to lend a hand. It’s something he feels was a long time coming, too.

“It’s about time that I scored,” he said.