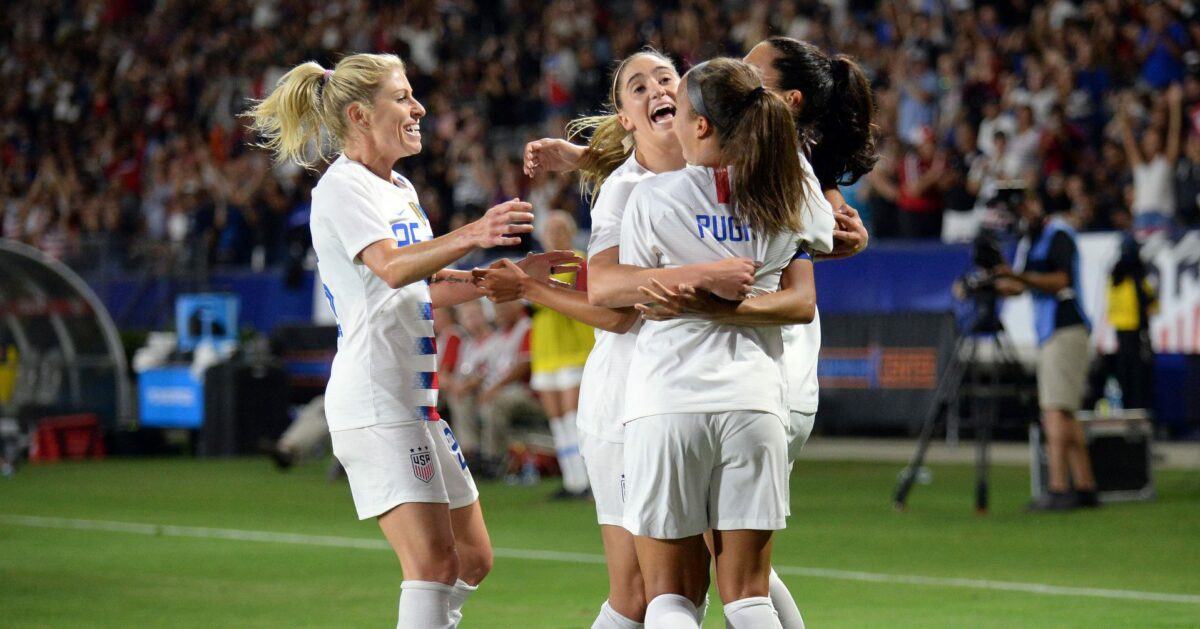 The U.S. Women’s National Team may have recorded another resounding victory in a friendly, this time a 3-0 result against Chile at the StubHub Center, but the Friday night encounter was hardly usual fare for the reigning world champions.

Despite the three goals, it was an incident that led to a disallowed goal that may be the most memorable moment of the match. After Fernanda Pinilla fouled Tobin Heath to concede a penalty in the 45th minute, Christen Press got ready to take it, only to have to wait a minute after a brief scuffle. Finally, Press took the penalty and scored, but only after the halftime whistle did it become clear that referee Katja Koroleva called the goal off, citing encroachment.

At that point, though, the U.S. was already 2-0 up, the first coming after only eight minutes. Heath’s corner kick landed in the middle of traffic, and Tierna Davidson jumped high enough to get her head to it and score her first international goal.

The second came in the 32nd minute, once again off a set piece. Heath took another corner, and while Julie Ertz got her head on the ball, the ball was ultimately sent into the back of the net by Chilean defender Carla Guerrero.

Up to that point, the visitors had done their best to press the U.S. and force them into turning over the ball. Eventually, though, the USWNT was able to win the physical battle, as it frequently does, and really dominate the match.

The U.S. was able to get a third in the 48th minute, and Press was finally able to score a goal the day she was being honored for earning 100 caps. Mallory Pugh received the ball near the far post and elected to send the ball across the goal line, with the forward waiting near the opposite post. From a tight angle, she promptly sent the ball into the back of the net for her 45th international goal.

The game ended with only the three goals, though not for a lack of effort on the USWINT’s part. The team spent a majority of the second half attacking the Chile goal, though the finishing ultimately let them down.

The match extends the USWNT’s unbeaten run to 20 matches, having lost last a more than a year ago against Australia.