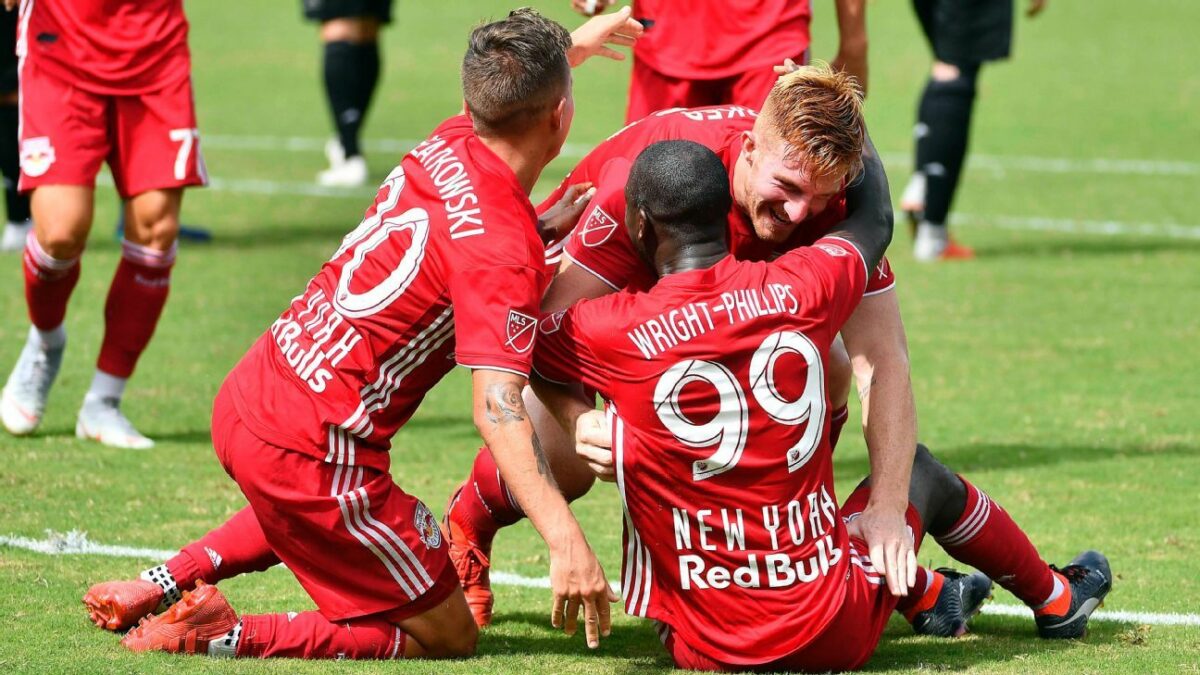 D.C. United had three chances to put away the New York Red Bulls, but each time the home team found the net, the visitors responded, and each time it was Bradley Wright-Phillips answering the call.

Wright-Phillips helped the Red Bulls grab a point at D.C. United, scoring a hat trick in a 3-3 draw at Audi Field.

Luciano Acosta looked to the win secured for D.C. United in the 87th minute when he worked a give-and-go with Yamild Asad before dribbling in on goal and chipping Luis Robles from close range to make it 3-2 D.C. United.

The celebrations at Audi Field were short-lived though because Wright-Phillips answered right back in the 90th minute, volleying home a cross from Alex Muyl to help the Red Bulls grab a point, while also putting a dent in D.C. United’s pursuit of a playoff spot.

D.C. had another chance for a winner, but Steve Birnbaum hit the post with a header in stoppage time.

Wright-Phillips was the star on the day, and his first goal should have been a sign he would have a big afternoon. His overhead kick goal in the 41st minute canceled out a Paul Arriola opener and set the tone for a wild affair.

Wayne Rooney scored his fifth goal of the season to regain the lead for D.C. Unite in the 64th minute. Wright-Phillips responded once again, getting on the end of Michael Murillo’s assist and beating Bill Hamid in the 76th minute.

Man of the Match: BWP was huge again for the Red Bulls this season, scoring his first hat-trick since May 2016.

Moment of the Match: After it looked like D.C. was going to claim all three points, Wright-Phillips saved his best finish for last roofing the equalizer in stoppage time.

Match to Forget: The D.C. centerbacks failed to limit Wright-Phillips offensively, allowing a hat-trick to the veteran forward.