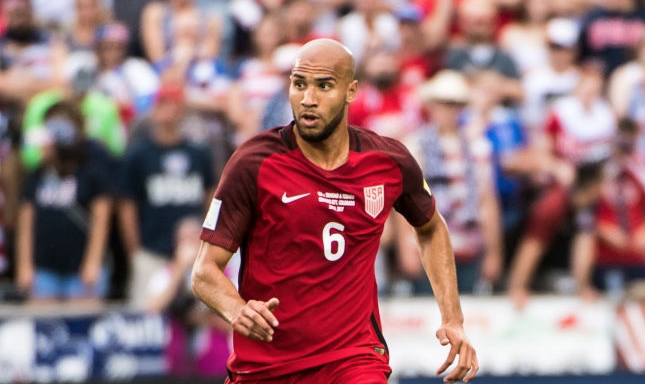 John Brooks is the cornerstone of the U.S. Men’s National Team defense, but the 25-year-old will only appear in one of the two upcoming friendlies.

USMNT interim head coach Dave Sarachan confirmed on Wednesday at training that Brooks will head back to Wolfsburg following Friday’s clash with Brazil at MetLife Stadium.

“John is going (to head home after Friday),” Sarachan said.

Brooks started three games in a row for Wolfsburg in cup and league competitions to start the German season.

The 25-year-old, who scored in Wolfsburg’s league opener, is in good form, according to Sarachan, but the USMNT wants to rest him at the start of the club campaign.

“He had a tough year last year and it’s early,” Sarachan said. “It’s just after preseason and he’s just getting started so I felt this would be a good opportunity to give him this first game. He’s excited to be here and back in the mix. He’s in good form with his club and so far this week with us.”