The Best of MLS Week 30: Almiron, Vako, Union and more 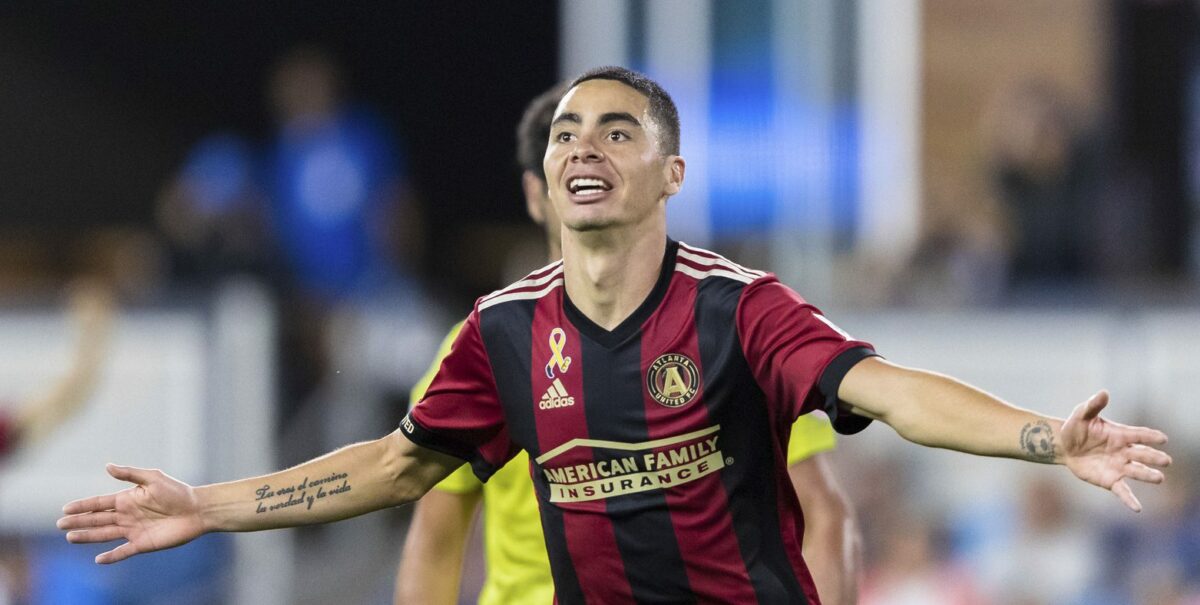 Week 30 in Major League Soccer started with a bang with three wild Wednesday night games on the West coast and it ended with a few surprising results on Sunday.

Atlanta United still hold an edge in the Supporters’ Shield race over the New York Red Bulls thanks to a strong week of performances from one of its top players and a rookie inserted into the squad at a position of need.

The Philadelphia Union also turned heads with a pair of wins, and although the San Jose Earthquakes weren’t able to hand Steve Ralston a win, they played some attractive soccer for one of the first times this season.

Below is who the SBI Soccer staff selected as the best in MLS from Week 30.

Miguel Almiron continued his recent scoring tear in Atlanta’s two games in Week 30, as he produced one goal and two assists.

The Paraguayan netted an equalizer in Wednesday’s 4-3 win over San Jose and provided one of the game-winning assists to Josef Martinez.

Almiron was a force in the Five Stripes’ 2-0 home triumph over Real Salt Lake on Saturday, as he produced an assist and put four shots on target at Mercedes-Benz Stadium.

Minnesota’s Romario Ibarra and Philadelphia’s Jay Simpson were on the shortlist for Player of the Week after producing two goals in their team’s respective victories this weekend.

The Philadelphia Union rebounded from a brutal home loss against Montreal with six points against two of the best teams in the Western Conference.

Jim Curtin’s side pulled out a win in Seattle down a man thanks to Fafa Picault’s stoppage-time winner on Wednesday, while Simpson provided a brace from a reserve-heavy lineup on Sunday versus Sporting Kansas City.

Atlanta also picked up six points in Week 30, while the L.A. Galaxy impressed in their Sunday win over Seattle.

George Bello has given Atlanta an answer to its fullback depth problem.

The 16-year-old Homegrown, who made his MLS debut as a substitute on September 2, earned his first start on Saturday.

Vako produced this individual piece of brilliance on the right side of the penalty area on Wednesday night against Atlanta.