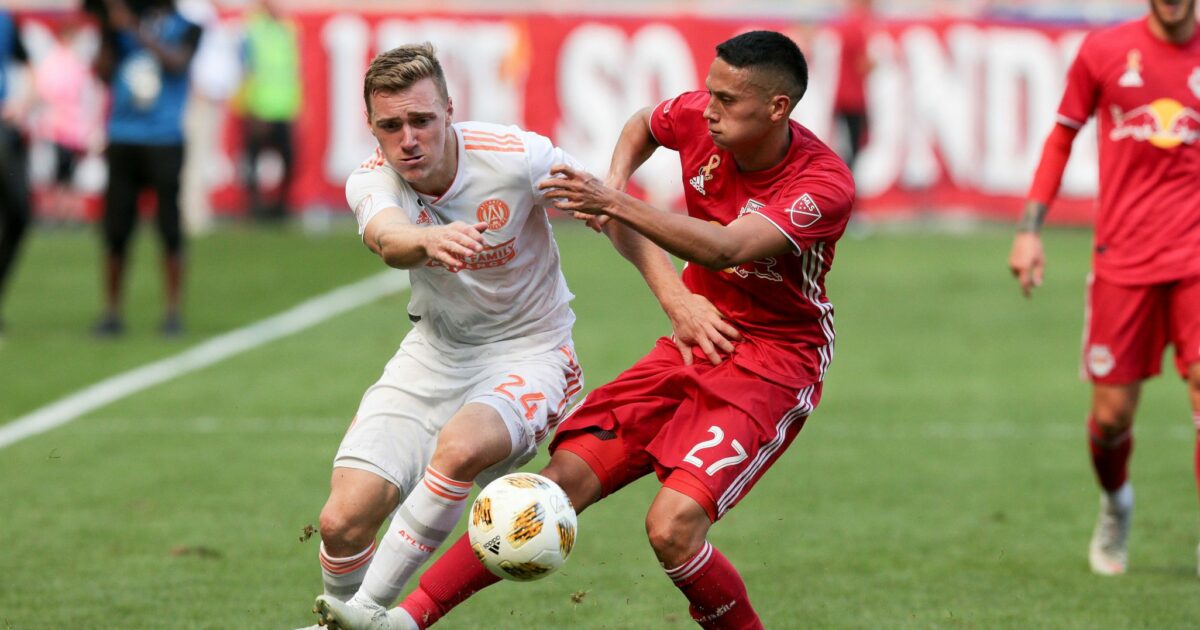 The Eastern Conference playoff race received an injection of adrenaline in Week 31 thanks to wins by the New York Red Bulls and D.C. United.

Entering the final month of the season, three teams have clinched playoff berths in the East, but their seeds are far from guaranteed.

The race for sixth place has been a bit of mess all season, and with four weeks left, no club has taken full control of the competition.

Below is a look at where each playoff contender stands and what they have left to do to secure their possible position in the postseason.

Remaining Schedule: vs. New England, vs. Chicago, at Toronto

Even after their loss to the New York Red Bulls on Sunday, Atlanta United controls their own destiny in the East.

The good news for the Five Stripes is their next two games are at home against struggling opposition.

But instead of trotting out a reserve side in Toronto on Decision Day to rest up ahead of the playoffs, the Five Stripes might have to put out a full-strength squad in order to clinch the Supporters’ Shield and home-field advantage in the East.

One slight concern to have about Tata Martino’s men is five of their six losses have come against teams in the postseason hunt, with two coming against the Red Bulls.

Remaining Schedule: at San Jose, at Philadelphia, vs. Orlando

Even if the Red Bulls don’t make up the one-point gap between themselves and Atlanta, they made a statement on Sunday that Chris Armas can outcoach Martino, which is a mental  advantage they have over the Five Stripes in November.

Saturday’s trip to San Jose is a bit more treacherous than it was a month ago because interim coach Steve Ralston has injected some life into the squad.

The October 21 trip to Philadelphia won’t be easy either, as the Union are fighting for the No. 4 seed.

If the Red Bulls escape both of those challenges, they should be able to blow Orlando City out of the water and hope Toronto FC pulls a draw out on Decision Day to give them the Supporters’ Shield.

Remaining Schedule: at D.C, vs. Philadelphia

New York City FC has sat in playoff no man’s land for over a month.

NYCFC has struggled enough under manager Dome Torrent to not challenge the top two in the East, but it’s done just enough to not get sucked into the mess beneath it.

A home playoff game as the No. 3 is still the most likely scenario for them, but the Decision Day clash with Philadelphia might put more on the line than expected if the Union and Crew win their next two games.

A trip to Audi Field won’t be easy for NYCFC to navigate, especially with the form the Black and Red are in at the moment.

If they don’t use the next three weeks to recharge and adjust, NYCFC could lose a home playoff game, or drop from No. 3 to No. 4.

Either of those scenarios opens up the potential to play Atlanta in the conference semifinals instead of facing the Red Bulls in a No. 2 vs. No. 3 series.

Remaining Schedule: at Montreal, at Orlando, vs. Minnesota

Columbus did just enough on Saturday to remain ahead of Philadelphia in the race for the No. 4 seed.

The scoreless draw at Mapfre Stadium kept the Crew one point in front of the Union with three games to play.

However, two of those three games on the road, where the Crew are 3-7-5, and Saturday’s trip to Montreal won’t be an easy one with the Impact grasping to their playoff lives.

If the Crew reverse their road woes, there’s a legitimate chance they can go after NYCFC’s No. 3 seed.

But one slip up along the way opens the door for the Union to slide in and take the No. 4 seed, which would be the worst-case scenario as the Crew look to play as many home playoff games in Columbus before the offseason nightmare arrives.

The Union shook off whatever U.S. Open Cup hangover they had to draw the Crew on Saturday in Columbus.

The result wasn’t exactly what the club wanted, but it was enough to keep it within striking distance of a home playoff game.

Jim Curtin’s men have a favorable schedule in front of them for the next two games, as they’re 8-5-2 at home and a Decision Day road trip doesn’t scare them as much as it has in the past as they possess a 6-7-3 road mark.

If they defeat Minnesota United on Saturday, the Union will secure a playoff spot and at least the No. 5 seed.

However, if an unexpected home loss pops up and Montreal beats Columbus, the potential of slipping down to the No. 6 seed comes into play.

Remaining Schedule: vs. Columbus, vs. Toronto, at New England

Montreal left the door wide open for D.C. United to steal its sixth-place spot after losing 5-0 to the Black and Red on Saturday.

Remi Garde’s side still sits two points ahead of D.C., but Ben Olsen’s men still have two games in hand.

All the Impact can do now is worry about themselves, starting with Saturday’s showdown against the Crew.

A seven-point gap between themselves and the Union probably won’t be made up, so now it’s time to focus on keeping points between them and D.C.

Winning out is possible, and that would give the Impact 49 points, which is four short of the maximum D.C. can earn.

There will be a lot of scoreboard watching in Quebec after games and during D.C.’s games in hand, and right now there’s a 50-50 chance the Impact qualify for the postseason.

Remaining Schedule: vs. Chicago, vs. FC Dallas, vs. Toronto FC, vs. NYCFC, at Chicago

D.C. United has four home games in a row to move into the postseason positions.

It’s a very simple process on paper, but two of those four matches at Audi Field come against playoff teams.

Given the way Luciano Acosta and Wayne Rooney have played together since the Englishman’s arrival, it’s hard to think D.C. will miss the postseason.

If the Black and Red slip up in one or two of those matches, they’ll need some help from Montreal’s opponents, but they’d have to go through a catastrophic set of results to not have a chance to make the postseason on Decision Day.

Remaining Schedule: at Atlanta, vs. Orlando, at Real Salt Lake, vs. Montreal

Somehow, some way, the New England Revolution still have a small glimmer of hope to make the postseason.

That small hope should be extinguished by Atlanta United on Saturday, but until then, the Revs still stand a fighting chance.

There’s a doomsday scenario for Montreal and D.C. in which they lose out and the Revs sneak in by beating Orlando City, Real Salt Lake and then the Impact on Decision Day.

It’s unlikely to say the least, but at least the Revs aren’t eliminated yet.