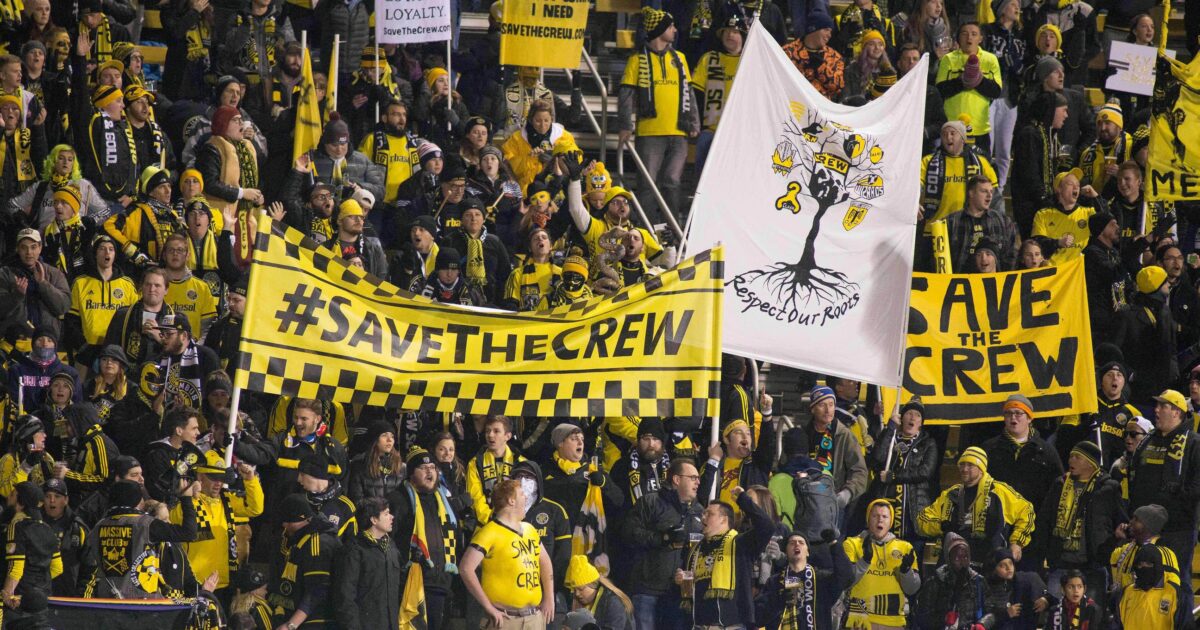 The Columbus Crew appear to be staying in the Ohio capital.

Jimmy Haslam, owner of the NFL’s Cleveland Browns, is leading a group of owners that will purchase the franchise from Precourt Sports Ventures and keep the team in Columbus. Haslam has owned the Browns since 2012 and is the CEO of Pilot Flying J Corporation.

The following is a joint ststement from the Columbus Partnership, Pete Edwards, Jr. and Dee and Jimmy Haslam on forming alliance to keep Crew in Columbus:

“We are excited to jointly announce that the Columbus Partnership along with a local investor group led by Pete Edwards, Jr. and Dee and Jimmy Haslam have formed an alliance to continue the collaboration with Major League Soccer to keep the Crew in Columbus.

We are optimistic about our recent conversations with MLS regarding the potential sale of the operating rights of the Columbus Crew.

While there are many details to be worked out, our alliance is working diligently and collaboratively with the League to keep the Crew in its community. We are very excited about the quiet but deliberate progress that has been made to date and will keep the community updated as this process moves forward.”

The future of the Crew, one of MLS’s original franchises, has hung in the balance for nearly a year since owner Anthony Precourt announced his intention to move the franchise to Austin, Texas. He has since run into a series of roadblocks with local government, including the inability to secure a solid stadium deal or a temporary home for his team while that stadium is built.

That isn’t stopping MLS from throwing its full support behind Precourt’s MLS expansion efforts in Austin, which appear to be boosted by the new proposed deal to keep the Crew in Columbus.

MLS issued the following statement on the status of the Crew and the new efforts to keep the team in Columbus:

Major League Soccer and the Columbus Partnership have been working together for several months on a plan to keep Crew SC in Columbus and we have made significant progress.

Recently, the Haslam Family – along with the Columbus-based Edwards Family, have joined the effort to keep Crew SC in Columbus.

MLS, the Columbus Partnership and the investor group all agree that for the club to be successful in Columbus, it requires strong local partners, long-term corporate support, a strong season ticket base and long-term plans for a stadium, practice facilities and associated sites.

MLS is committed to keeping Crew SC in Columbus should we continue to make progress on these critical components and agree to key terms with the investor group.

As part of the proposed deal to keep the Crew in Columbus, MLS is committing to granting an expansion team in Austin for current Crew owner Anthony Precourt.

The strong support from Austin’s corporate community, government officials and passionate soccer fans is impressive.  Austin is a flourishing, dynamic city that presents a great opportunity for MLS, and we look forward to finalizing plans to become the first major league team in the capital of Texas.

While timing for Austin FC is still to be finalized, we are confident that the team will begin play no later than 2021 at the new, privately financed stadium and soccer park at McKalla Place. We applaud the Austin community, city leaders and Precourt Sports Ventures for their commitment to making this happen.”

If the Crew stay in Columbus, and MLS awards an expansion team to Austin, the league would have all but one expansion spot accounted for before the league’s its self-mandated target of 28 teams. Cincinnati, Nashville and Miami will be joining MLS in the next two years, with Austin potentially joining in 2021. Detroit, Phoenix and Sacramento, San Diego and St. Louis are all markets pushing for expansion into MLS.