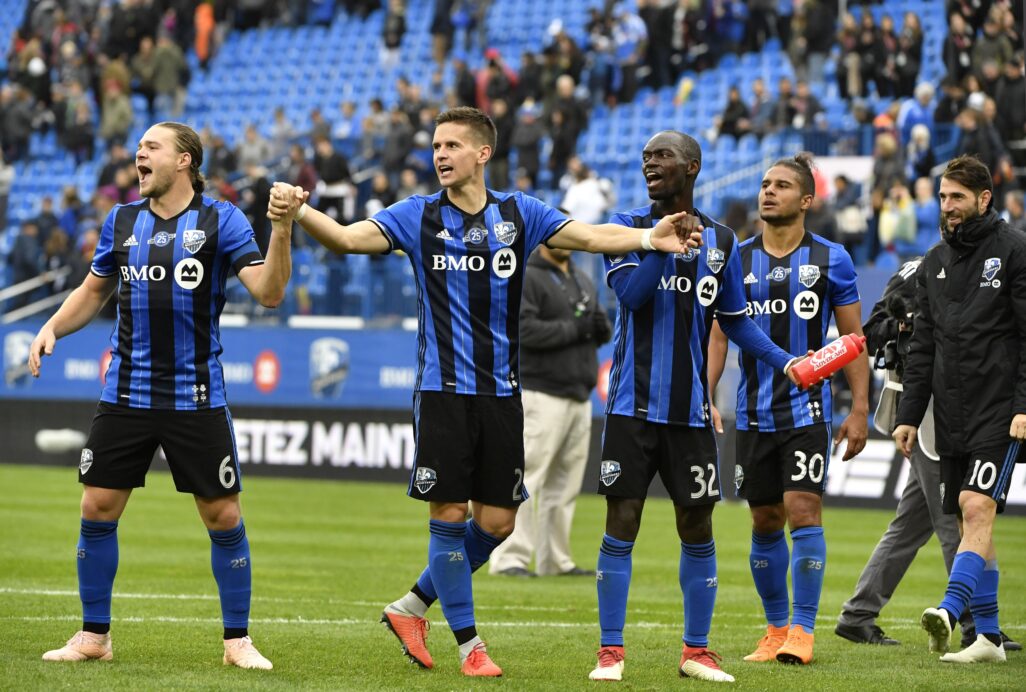 The Montreal Impact showed on Saturday they were not giving up in their race for the last playoff spot in the Eastern Conference.

The Impact pulled off a convincing 3-0 wun at home against Columbus Crew SC a week after suffering their worst loss of the season to D.C. United. Despite this, Remi Garde’s squad still don’t have the luxury to sleep with both eyes shut.

“We know now that our destiny is not between our feet,” Saphir Taider said. “Now we will need to win the next two games and hope they make a faux pas.”

Even with Wayne Rooney and D.C. United still neck and neck with them, the Impact took a moment to acknowledge the good work that they put in to get the win. Shaking off the hangover from a loss that could have destroyed all hope, but the staff and players collectively rolled up their sleeves.

“It was rough on the first day, you’re never happy to go back to work after a disappointing loss like that,” said Samuel Piette, who was forced to miss part of the week due to injury. “I heard that the quality was good and that’s what we need every day. We only have three weeks left in the season and that’s how we need to be everyday.”

The Impact will face the recently eliminated Toronto FC in their next game, the final home matchup of the regular season, on October 21. On top of being a must-win game, the rivalry will add even more pressure to the team’s playoff chances. Piette shrugged off the added pressure hinting that it would be a perfect opportunity to give Impact fans a final home win in the regular season.

“It’s always special to play Toronto,” said Piette. “The first time they came here this season it was at Olympic Stadium. it was a bit different but we beat them. I think that we’re very comfortable and strong at home now so I think it’s very doable to get a result against Toronto.”

Toronto having nothing to play for but the potential joy of knocking the Impact off of playoff contention doesn’t bother Piette.

“I said the same thing about Columbus, they’re pretty much in the playoffs,” said Piette. “When you play with the freedom that you have nothing to lose and nothing to gain, you play your best football. It might be the case with Toronto but we just have to focus on what we have to do. That’s what we did today, we didn’t care too much about the opponent and it worked well for us.”