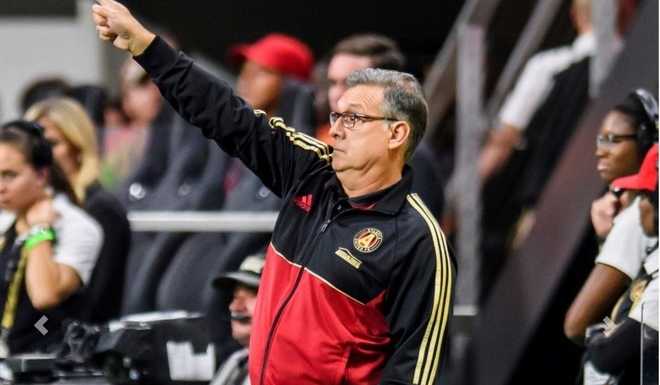 HARRISON, N.J. – Time may not be as pressing as it seemed.

The topic of Gerardo ‘Tata’ Martino’s future came up once again following Atlanta United’s 2-0 loss to the New York Red Bulls on Sunday, and how could it not? After all, the United head coach had told Colombia’s Radio Caracol earlier this month that he had a deadline of Oct. 1 to decide if he would extend his time with the club.

It appears that is not a hard deadline, however, and that a decision on his future does not necessarily have to be made by today.

“I don’t want to deny what I said previously,” said Martino. “There is a date set in the contract, but that is in the case that we were not talking. The club and I are still in negotiations.”

Martino – who has been linked to the vacant managerial positions of countries like Mexico, Argentina, and Colombia – is currently in the final year of his deal with Atlanta United. The Argentinian manager has a history of not spending more than two years at a club, and the longest coaching tenure of his career has been with national team of Paraguay from 2007-2011.

“Logically, we’ll probably have a discussion with representatives of the club in the coming days because we need to start resolving the club’s future and mine as well,” Martino told Colombia’s Caracol Radio back on Sept. 11. “There is a deadline of Oct. 1 where we need to see if we’re going to keep working together or if we’re going to go our separate ways, but until I figure out my situation here in Atlanta it’ll be very difficult to even have serious talks with any other possible job opportunities.”

Another subject that came up on Sunday afternoon at Red Bull Arena was the post-game incident between the 55-year-old Martino and Red Bulls head coach Chris Armas. Martino said he initially went over to remove Miguel Almiron because the playmaker was jawing at Armas, but the Atlanta United boss also refused to shake Armas’ hand when the two coaches met at midfield.

Martino did not give an exact reasoning for doing that, but insinuated it was a result of Armas’ gesture to fire up the crowd in the dying seconds of the match.