Michael Bradley is still an important figure for the USMNT 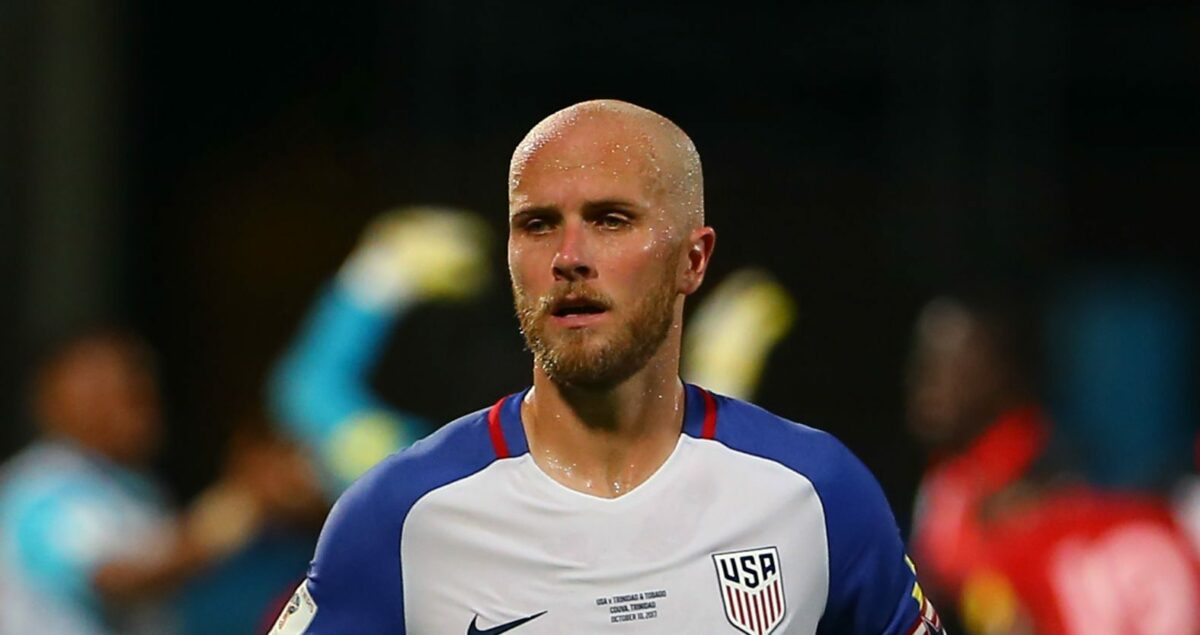 When the U.S. Men’s National Team roster for the October friendlies against Colombia and Peru was released on Monday, there was only one name anyone cared to discuss.

The 31-year-old midfielder is the most polarizing figure in the USMNT talent pool, and no matter how long he plays on the international level, his legacy will always be in question by those on the negative side of the fence.

Regardless of what your opinion on Bradley is, he still serves a purpose for the USMNT as it builds forward in the direction of the 2022 FIFA World Cup.

Bradley might not be playing for the USMNT in four years’ time in Qatar, and he might not even be Sarachan’s starting XI against Colombia or Peru, but his leadership qualities are vital to a young squad.

Outside of the clash with Mexico in September, the young USMNT hasn’t faced a meaningful game. So far, it’s been all about forming chemistry as a unit and hoping results come with it.

Now it’s time for the USMNT to rev it up and start with more of a purpose, and that’s where an experienced head like Bradley fits perfectly.

The 31-year-old Toronto FC midfielder is strictly fighting for a spot in the lineup, especially with the form he’s in at the moment.

But no matter how much time he spends on the field, the time together with Tyler Adams, Weston McKennie and others will have a lasting impact.

As an owner of 140 caps. the fourth-most in USMNT history, Bradley has an invaluable wealth of knowledge to share with the young Americans, whether it be how to navigate the dangers of Concacaf, or how to finesse against sides with more quality.

Bradley’s expertise comes into play specifically with Adams and McKennie, the central midfielders of the future who come January should both be galavanting through the Bundesliga.

Wil Trapp, Kellyn Acosta and uncapped players like Russell Canouse can benefit from Bradley as well in the coming months.

By sharing the intricacies of the game with the younger players, many of whom don’t know what it’s like to experience a continental competition like the Gold Cup yet, Bradley is doing the best he can as a veteran to prepare the next generation for the future.

In some cases, Bradley might even crack the starting lineup, but that could also depend on the tactics of the new manager, whenever he gets hired.

You could realistically line up Bradley, Adams and McKennie in a three-man midfield with McKennie sitting the furthest forward of the trio.

In that case, Adams would drop back to defend with Bradley and surge forward at times in a more conservative Jermaine Jones-type role.

There’s an even wilder experimental lineup in which Adams shifts out to the right to partner DeAndre Yedlin and McKennie plays the No. 8 next to Bradley. In that case, the USMNT would enter an attack-minded player in the No. 10 role to benefit from the runs made by Adams and McKennie, while Bradley picks his time to go forward as he patrols the space in front of the back four.

However, the more realistic usage of Bradley comes later in games as a closer in the final 25-30 minutes.

At some point, the new USMNT manager is going to have to trust the young core to finish off victories, but for now, Bradley is the perfect option to clog up the midfield channels and make a crucial tackle or two to preserve the lead.

With the 2019 Concacaf Gold Cup quickly coming up on the horizon, testing out this strategy with Bradley, and potentially a few other veterans like Jozy Altidore, would suit whoever the manager is well.

While it’s easy to strum up your latest Bradley hate tweet before he even steps on the field again, which is something a good amount of his critics have already done, have some perspective when it comes to Bradley’s role.

We’re not talking about a player with a calamitous international track record, this is the fourth-most capped player in USMNT history.

You don’t join Cobi Jones, Landon Donovan and Clint Dempsey in the pantheon of American greats just because your dad was once the head coach and everything was handed to you.

Bradley’s earned every ounce of success he’s had for club and country, and while he hasn’t been 100 percent perfect throughout his career, he still holds a meaningful place  within the USMNT program as it embarks on a new chapter with the failure to qualify for Russia in the background.