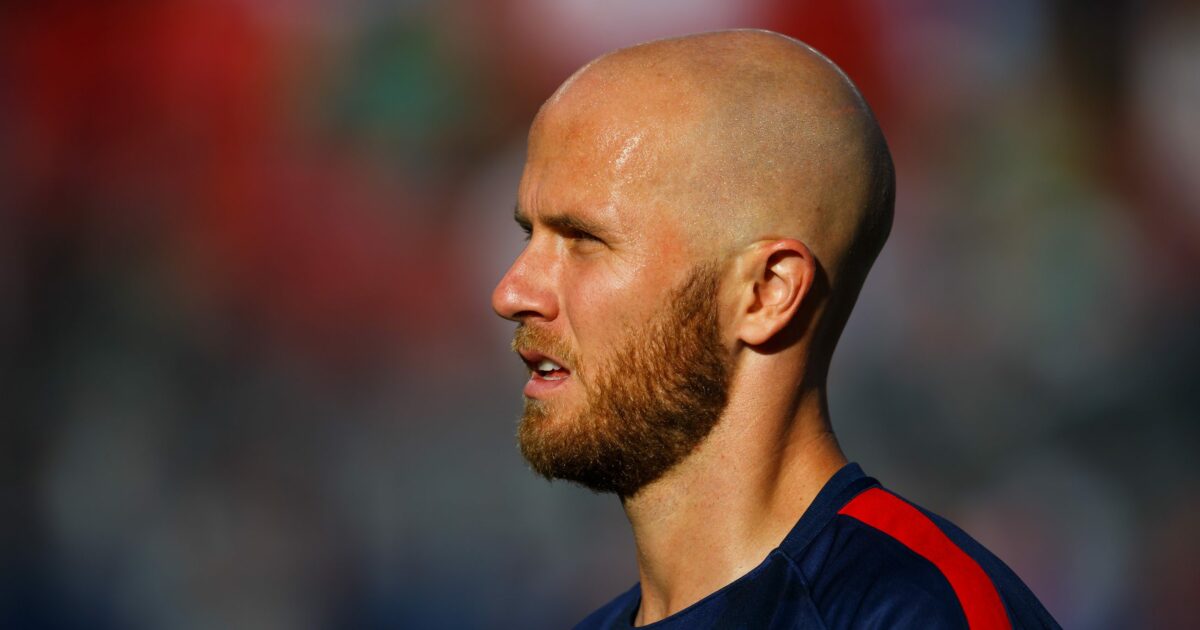 Michael Bradley may be back with the U.S. Men’s National Team, but what he shows in this month’s camp may go a long way in determining if he is part of the future.

Bradley officially returned to the U.S. fold on Monday by taking part in his first training session with the team in almost a year, and it marked the start of what are an important two weeks for him on the international stage. They might even be two of the most important weeks of his career.

Unlike in the past three cycles, the polarizing 31-year-old midfielder is no longer an automatic starter. His place in the group itself is even in question, as he will be in his mid-30s by the time the next World Cup rolls around in 2022.

The U.S. is almost a year into transitioning away from its veteran-laden core of the past and into a new, young generation, and Bradley may not have a place in it as his aging legs lose more tread and promising up-and-comers continue to move closer to their primes.

Bradley, however, should have a golden opportunity in the coming days to demonstrate that he still has what it takes to cut it at this level and that he merits further consideration to at least be on the roster in the short-term, regardless of who the permanent U.S. head coach is.

Injuries to promising central midfielders Weston McKennie and Tyler Adams forced them to withdraw from the roster in recent days, and that has considerably raised the chances that Bradley gets the nod in both of the Americans’ looming friendlies against Colombia and Peru.

If Bradley winds up starting in the two matches, he will have to deliver some solid performances to remove at least some of the doubt that his critics have about his ability to still be effective on the international level. Look good or even prove to be a difference-maker against the technical Colombians and Peruvians and some of his staunchest detractors may have to start reassessing their stances.

But any subpar, indifferent, or downright poor showings like some of the ones he has had with a shockingly bad Toronto FC this season and it could be the end of his time in a U.S. jersey. After all, the pool of central midfielders right now is among the deepest of any position in the American landscape and young players best develop when they are playing.

Of course, how U.S. manager Dave Sarachan opts to use Bradley tactically will go a long way towards determining how effective the former captain can be in this pair of games. Does Sarachan try to use Bradley as a No. 8 with the hopes of seeing him get into some advanced positions so as to occasionally be involved in the attack? Or does he use him as a No. 6 with the main responsibilities being to break up attacks and quickly distribute the ball around the field?

At this point in Bradley’s career, it appears clear that his top position is as a defensive midfielder. Bradley’s chief strengths when he was at his very best as a box-to-box midfielder were his motor and ability to crash the penalty area to finish off plays with well-timed late runs. He was never the most fleet-footed, but his speed, range, and energy allowed him to effectively play both ways for 90 minutes more often than not.

Those qualities have naturally diminished as he has gotten older, though. His game is now centered more on being a cerebral destroyer, one who tries to anticipate where the opposing plays are going and attempts to move the ball to the more talented attackers as quickly as possible. Gone are the days of Bradley covering acres of ground on both sides of the ball, as evidenced by the fact that he has had less of an impact in the attack for both club and country. Bradley, who once netted 21 goals in the Netherlands, has scored just twice in MLS and twice more for the U.S. since the start of 2016.

Still, some of his biggest advocates will point to his overall play, presence in the locker room, and ability to guide young players through challenging moments as reasons why he should be included in the squad at least in the short term. Bradley is after all among the most seasoned American players still competing right now, with 140 caps to his name and loads of experience in big moments and matches under his belt, and this next wave of young talent could very well be in need of someone to help steer the ship when adversity hits.

Bradley has been given an opportunity to showcase all of his best qualities this month, not only in the matches but in the handful of training sessions the U.S. has. Of course, how he performs against the likes of James Rodriguez and Christian Cueva will be most telling about whether the American has anything left to offer at the international level.

These are a big two weeks for Bradley, and he will have to deliver the goods against two skilled opponents to continue to prove that he has something left to offer. Fail to do that, and his international career might very well be over.