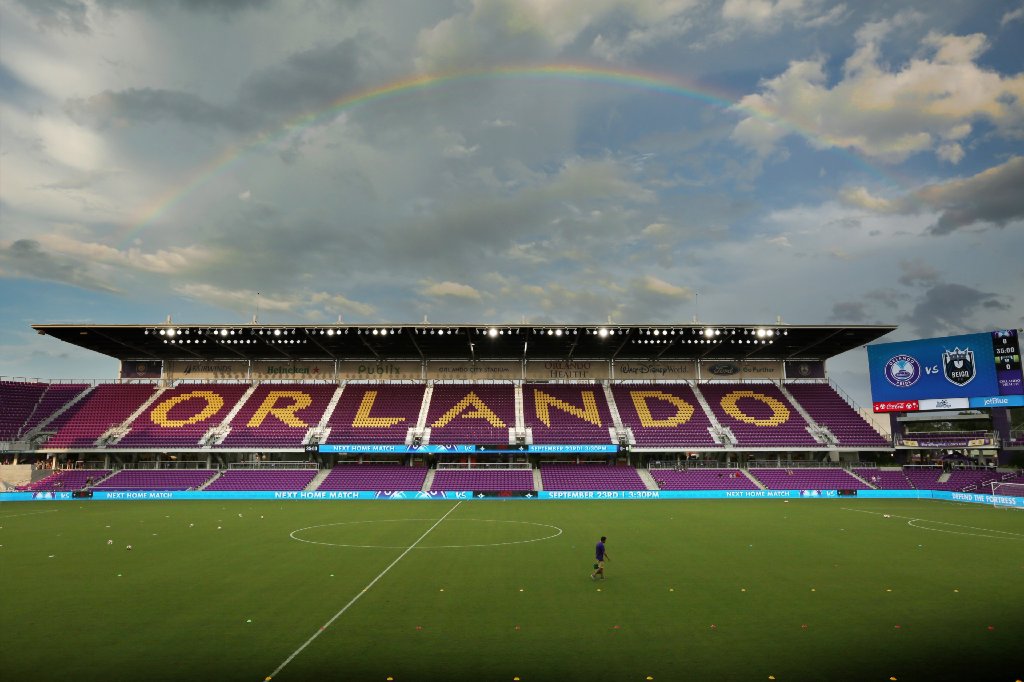 For the second consecutive year, the Major League Soccer combine will be held in Orlando.

MLS announced on Monday that the 2019 adidas MLS Player Combine will take place January 3-9 at Orlando City Stadium, giving coaches and technical directors the opportunity to watch some of the young talent eligible for selection in the MLS Draft later in the month.

Following the combine, the scene moves to Chicago’s McCormick Place for the MLS Draft on January 11. Expansion side FC Cincinnati will have the first overall selection, as the draft is again part of the United Soccer Coaches Convention.

MLS will also conduct the 2018 MLS Caribbean Combine in both Kingston, Jamaica and Bridgetown, Barbados on Oct. 15-18 and Oct. 22-25 respectively It is a partnership between MLS and Concacaf that will serve as a pathway for the region’s top players under the age of 24.

Seattle Sounders co-owner Paul Allen passed away on Monday at the age of 65, due to complications of non-Hodgkins lymphoma.

Allen, also the co-founder of Microsoft and owner of both the Seattle Seahawks and Portland Trail Blazers, stated earlier this month that the disease he had been treated for in 2009 had returned. He had owned the Seahawks since 1997 and the Trail Blazers since 1988.

Paired with his childhood friend Bill Gates, the pair founded Microsoft in 1975 with their big break coming in 1980 when Microsoft joined forces with IBM.

He helped bring the Sounders to MLS where they were an instant hit in their arrival in 2009. Over 10 seasons, the Sounders have lifted four U.S. Open Cups, one Supporters’ Shield, and one MLS Cup.

During his ownership of the Seahawks, Allen witnessed the team win its lone Super Bowl in 2014 while also making 12 trips to the postseason and three Super Bowl appearances.

Victor Vazquez to miss remainder of season for TFC

While Toronto FC are preparing for their final matches of the 2018 MLS season, one of their key members will not be available.

Playmaking midfielder Victor Vazquez will miss the remainder of the season following arthroscopic knee surgery, the club announced. Vazquez is expected to be out six-to-eight weeks, ultimately missing TFC’s final three matches of what proved to be a disappointing season.

Greg Vanney’s team lifted the 2017 MLS Cup, but was a shear image of themselves this season. TFC is already eliminated from postseason play this season, posting a 9-16-6 record through 31 matches. The Canadian club lifted the Canadian Championship over the Vancouver Whitecaps earlier this season, but also fell in the 2018 Concacaf Champions League Final to Liga MX side Chivas de Guadalajara.

Vazquez made 26 appearances in all competitions, scoring eight goals and registering nine assists.

Atlanta United very well could be receiving a big boost to their roster ahead of the 2018 MLS Cup Playoffs.

A 2017 MLS All-Star, Garza has been out since May 20 after undergoing surgery to repair a torn right labrum, but looks to have returned to full training, ProSoccerUSA reported. Garza had been playing with the injury but underwent surgery a few days after a home defeat to the New York Red Bulls.

Before his injury, Garza played in 10 matches for Tata Martino’s side, tallying one goal and adding three assists. In his absence, Chris McCann, Sal Zizzo, Mikey Ambrose, and most recently 16-year-old George Bello have filled in.

Atlanta United currently sits one point clear of the Red Bulls for the top spot in the Eastern Conference, with two matches to play. They next host the Chicago Fire on October 21 before concluding their regular season schedule a week later at Toronto FC.