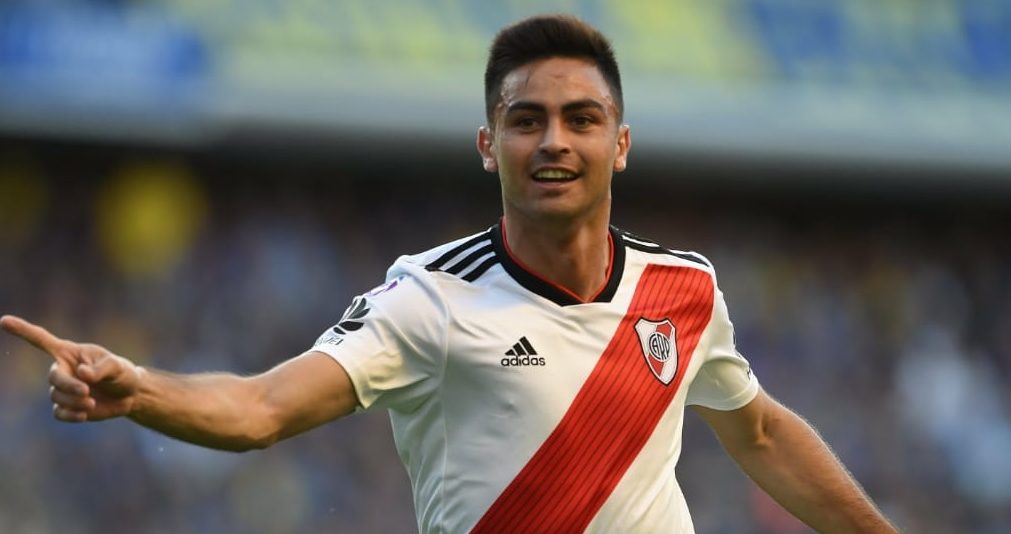 With many of Atlanta United’s stars becoming the subject of foreign transfer rumors, the Eastern Conference leaders are reportedly wasting little time finding potential replacements for the likes of Miguel Almiron and Josef Martinez.

He reportedly has a release clause of 15 million euros.

The 25-year-old Martinez has been with River Plate since 2015 and has been a part of teams that have won the Copa Argentina, Recopa Sudamericana, and Copa Libertadores. He’s been capped by Argentina twice, despite limited playing time at club level over the past two seasons. He scored his first international goal last month playing against Guatemala at the Rose Bowl in Pasadena, California.

He’s an attacking midfielder, but his numbers suggest he doesn’t quite fit the mold of Miguel Almiron as a pure playmaker. In fact, he’s been more of a goal scorer down in South America. In 69 total appearances for River Plate, Martinez has 19 goals and only ten assists. Almiron only score three times in 35 appearances for Lanus during his short time in Argentina.

Martinez isn’t seeing regular playing time with his club anymore and he appears to be falling out of favor. He went from being a key member of a team that won the Copa Libertadores last spring to only having four starts so far in league play with a little more than 300 minutes played. He has only played a full match once, but he has two goals in that time.

Martinez still could slot in quite well for Almiron should the Paraguayan leave this winter. He’s had a more successful career abroad and is a little more seasoned than Almiron was when he came to Atlanta. Plus, the goal scoring numbers should mitigate the damage that would certainly come from the departure of record setting goal scorer Josef Martinez, should he leave as well.