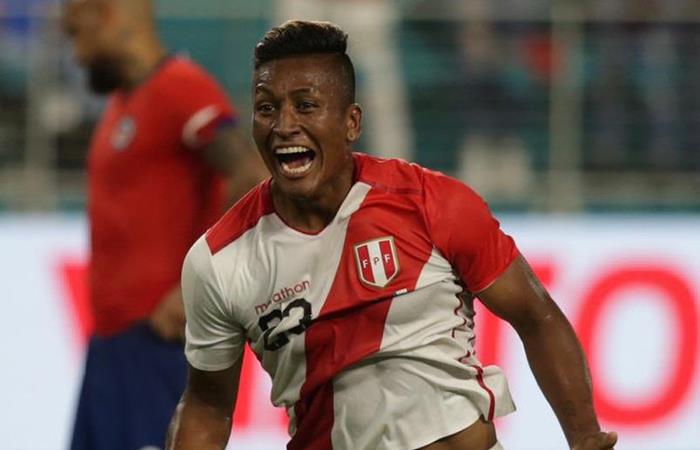 MIAMI GARDENS, Fla. — For the first time in five years, Peru found a way to beat arch-rival Chile. It was in lopsided fashion, too.

A second-half surge that included a brace from substitute Pedro Aquino saw Peru score all of its goals in a 3-0 victory over Chile at Hard Rock Stadium. The decisive tally in the latest edition of El Clasico del Pacifico came off an own goal from Enzo Roco shortly after the hour mark, but Aquino put the game out of reach after coming off the bench in the 74th minute.

The win in the friendly played in front of 34,016 fans was Peru’s first over Chile in five games. The Peruvians had not beaten their nemesis since March 22, 2013, and had lost each of the four previous encounters.

“”Yes, the result may have been lopsided, but playing Chile is difficult, very complicated,” said Peru head coach Ricard Gareca. “We had more clear scoring chances in the first half, but we found the go-ahead goal and we were able to hold onto that advantage. We were coming off two games in which we took the lead, against both the Netherlands and Germany, and we couldn’t hold onto it.

“This is good, that in this case we were able to correct things and improve I have to congratulate the players because Chile is a team that always has a lot of attitude, plays well, and has big-name players. We had to hold onto the lead and fortunately were also able to add to it.”

Peru was on the front-foot for much of the match, but it took until the 64th minute for Gareca’s side to find a winner. Andre Carrillo whipped in a dangerous cross on the play that floated close in front of the goal, and Roco’s ensuing attempt to clear it resulted in the ball being directed backwards into his own net.

The lead was doubled 11 minutes later and one minute after Aquino entered the game. The midfielder got on the end of a pass from Edison Flores and fired a one-timed finish past Chile goalkeeper Fernando De Paul, who got a piece of the ball but could not keep it out.

Aquino struck again four minutes from time to send the elated pro-Peru crowd into a frenzy. He again received a pass from out wide, this time from Andy Polo, and sidestepped a defender with a fake shot before blasting the ball into the net.

“My name may have shone today in this lovely stadium with all of our fans supporting us,” said Aquino. “But all of this is thanks to my teammates and the coaching staff that gave me this opportunity.”

“(Gareca) told me in a meeting yesterday that I’m in my best moment and that I have to take things calmly and humbly,” added Aquino. “It’s about growing as a group, because that is what characterizes us.”

There were chances in the first half for both sides, but Chile did not have many clear-cut looks. The closest the Chileans came to scoring was a minute before halftime when a rebounded shot from Guillermo Maripan was cleared off the line by Luis Advincula.

Raul Ruidiaz also had a pair of opportunities to break the deadlock in the opening stanza, but De Paul’s effort thwarted the Peruvians striker on each occasion.

Central defender Anderson Santamaria also came close to finding the back of the net for Peru with a header in the first half, but De Paul reacted well and made an impressive save to push it wide.

The Chilean could not, however, keep a clean sheet as Peru found a barrage of goals in the final half-hour.

“What we think about first and foremost is to get used to winning and being winners,” said midfielder Christian Cueva. “We have changed that mentality for us and have put that onus on ourselves.”