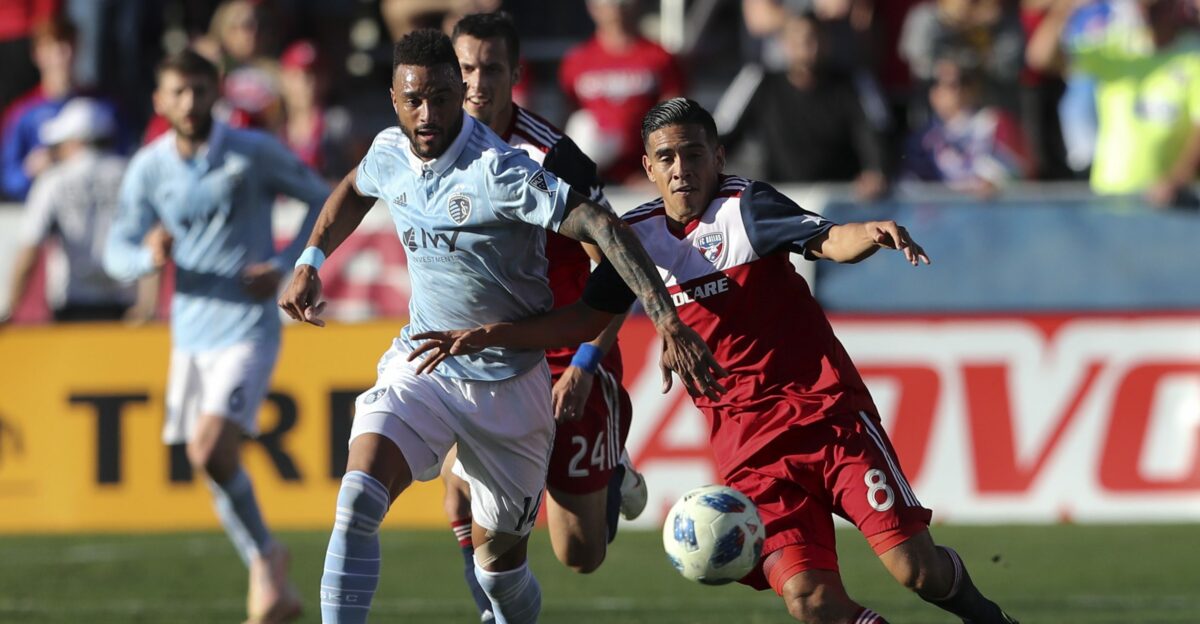 After four straight years of knockout round playoff losses on the road, things finally feel different in Kansas City this year.

Sporting KC is coming off two massive road wins to jump to 1st place in the West ahead of a giant Decision Day clash at home against LAFC. Nothing is set in stone as far as seeding goes—A finish anywhere from 1st to 4th is possible, depending on Sunday’s results—but SKC’s recent success has fans in Kansas City wondering just how far this team can go.

Sporting KC set a new club record for goals scored in a single season, currently sitting at 63 with a game remaining, breaking the record 61 goals that has stood since the inaugural MLS season in 1996. A club record 31 away goals has gone a long way to help SKC’s success this year.

The team also has a +24 goal differential thanks to the masterful play of Tim Melia at goalkeeper, and one of the league’s best defensive lines in front of him. Sporting KC’s 39 goals allowed are third in the league behind only the New York Red Bulls and Seattle Sounders.

So which player is the most important person to Sporting KC’s success?

Johnny Russell (10 goals, 10 assists) and Daniel Salloi (10 goals, 7 assists), with both tied for the team lead in goals scored and in the top three for assists, are reasonable picks. Tim Melia and defender Graham Zusi are also clear candidates.

You’d be forgiven if you picked any of those players; however, you’d be wrong.

The unsung hero of Sporting KC’s success doesn’t lead the team in goals. He’s not in the top five in assists. And he doesn’t sit along the back line.

Sporting KC’s most important player—and the key to their success in the 2018 MLS Cup Playoffs—is Khiry Shelton.

If you haven’t watched many Sporting KC games this year, you’re probably understandably confused right now. How can a striker with two goals and four assists on the year be a team’s most important player?

He’s an unsung hero that flies under the radar for a number of reasons, not the least of which is Sporting KC’s public declaration, dating to the end of last season, of finding a Designated Player striker that never came to fruition leaving an underwhelming option in Khiry Shelton as the opening day striker. After all, Khiry had just six career goals and 10 career assists in three years with NYCFC before joining Sporting KC.

But what Khiry brings to the team isn’t quantifiable in traditional stats.

The 6’3” Shelton gives the team something that Sporting KC hasn’t had in years—a big bodied striker with fantastic hold up play who can clear out space for the attacking players around him.

After years of what became known as “Dwyer Island” in Kansas City where SKC’s wingers would lob in crosses hoping Dom Dwyer, alone by himself in the box, would get on the end of a ball, Shelton’s style is a welcome relief. He uses his size to muscle centerbacks off the ball, but he has the vision to lay off passes perfectly to his teammates around him. Just look at his play in the go-ahead goal against Vancouver from SKC’s October 17 road win.

Need another example? Look at this perfect pass that gives Felipe Gutierrez a clear chance on goal against FC Dallas.

Gutierrez didn’t score, but Daniel Salloi did off the rebound, and it was Shelton’s hold up and pass that sprung the chance.

Khiry’s off-the-ball runs and sheer size make him a force that opposing defenses can’t ignore. He can time his runs perfectly to clear out space for his teammates to cut in and take shots on goal, which is a large part of why wingers Daniel Salloi and Johnny Russell are atop the team’s goal scoring charts with 10 apiece.

But perhaps the most telling stat as to Khiry’s importance to his club? Sporting KC is earning 2 points per game and an impressive 8-2-4 record with a +14 goal differential when he starts at striker. They’re earning a respectable, but not nearly as good, 1.6 points per game and 9-6-4 record with a +10 goal differential when he doesn’t (although he did score the 88th minute game winner against Houston on June 23 after coming on as a late sub).

Of course, despite their recent form, Khiry and Sporting KC are not clear of the knockout round yet. Peter Vermes’ squad can earn a coveted first-round bye with any result against LAFC on Decision Day, but a loss could place SKC back into the knockout round once more, albeit at home this time around.

If Sporting KC does make a run in the 2018 MLS Cup Playoffs, which is definitely possible, keep an eye on Khiry Shelton. He’ll be a big reason why.