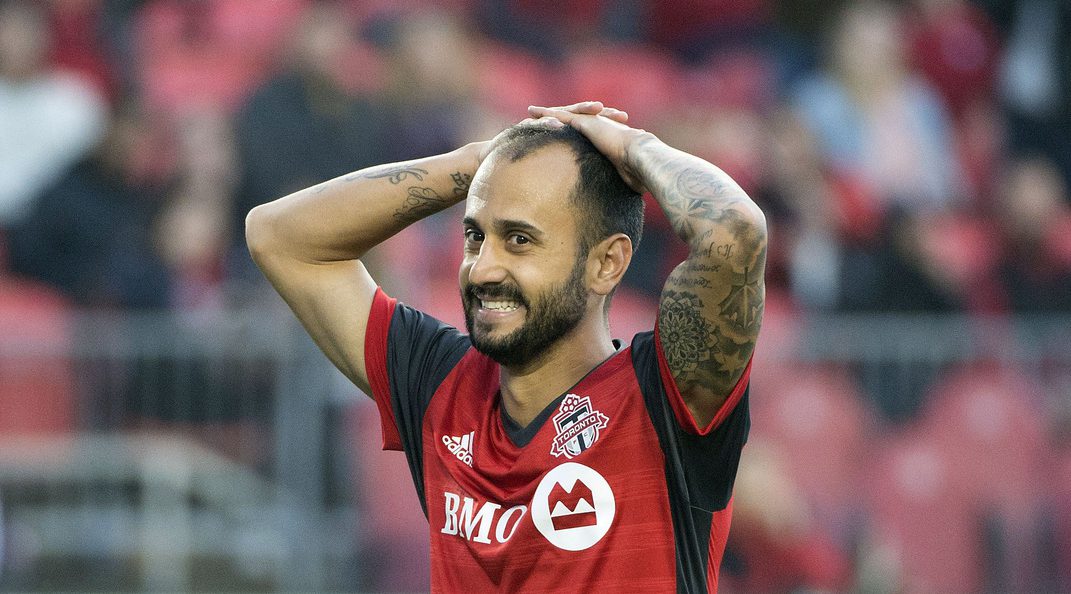 This time last year, the conversation around Toronto FC was whether TFC could complete one of the best regular seasons in Major League Soccer history and make up for an MLS Cup loss on penalties to the Seattle Sounders the previous year.

Twelve months later and the team that lost just one game at BMO Field last season lost its seventh against Canadian rivals Vancouver Whitecaps, 2-1, at home, eliminating the defending champions from playoff contention.

Kei Kamara’s 78th-minute winner for the Caps snuffed out the Toronto rally that started five minutes earlier with a Jozy Alitdore penalty that leveled the score 1-1.

The forgettable campaign has been a case of waiting for the real Toronto FC to show up and return to the machine like form that saw them win the domestic treble last season of the Canadian Championship, MLS Cup and the Supporters’ Shield with a league record 69 points. Even at the start of this season, Toronto’s run through the CONCACAF Champions League where they knocked out Liga MX powers Tigres and Club America before losing on penalties to Chivas bolstered the team’s best of all-time credentials.

Early season struggles were attributed to the Champions League run and the stress put on the squad by competing on multiple fronts. Toronto lost four of its first five games while still competing in CCL and won two of the next five games after the second leg penalty shootout loss to Chivas.

Despite the slow start, Toronto had seemingly too much talent to stay in the cellar of the Eastern Conference for long. The run back into playoff contention never materialized and after tearing off two six-game winning streaks in 2017, Toronto’s longest of 2018 was two games and its longest unbeaten run lasted just three games.

Key injuries hampered the effort to put a consistent run together. Up front, Altidore missed 11 games after needing foot surgery just before the Word Cup break. However, injuries to the back-line ended up being fatal. Defenders Drew Moor, Chris Mavinga and Nick Hagglund forced manager Greg Vanney to play the likes of Michael Bradley at center back at different parts of the season. Moor, Mavinga and Hagglund all missed a double-digit number of games in 2018 as the makeshift backline conceded 60 goals this year compared to a league best 37 last season with still three games left to play.

Toronto’s designated players suffered a dip in form in 2018 that compounded the team’s injury crisis. Sebastian Giovinco once again led the team in goals and assists with 12 and 14. While he improved on his assist total from last season of six, with three games left to play his goal tally for the season is four off from 2017. Due to injury, Altidore’s contribution also dropped this season from 15 goals in 2017 to seven this campaign. Bradley’s form also suffered, in part because of being played out of position, but even in his preferred holding midfield role, the captain was unable to provide the protection he was able to in an impressive 2017 season.

It remains to be seen whether history will remember Toronto FC for one of the most dominant two-year stretches in MLS history, or for the almighty tumble of 2018 that saw TFC hit rock bottom on Saturday.