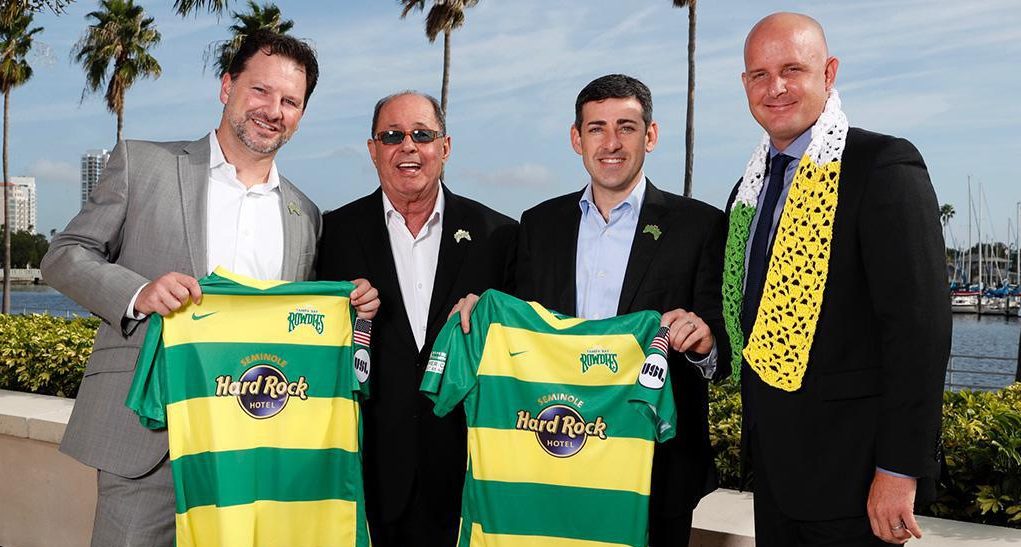 The Tampa Bay Rowdies of the USL have been sold to Major League Baseball’s Tampa Bay Rays, the club announced Tuesday.

“The sale is bittersweet,” said Rowdies owner Bill Edwards. “When I purchased the Rowdies, they were on the brink of bankruptcy; today they are Champions fighting for their rightful spot in the USL Playoffs.

“I saw the potential of the team, and what it could mean for downtown St. Petersburg. I invested my blood, sweat, tears and money, and built an amazing staff that I could not be more proud of. The Rowdies have made great strides, truly becoming a key fixture in the community,” Edwards said.

Edwards purchased the Rowdies in 2013, just one year after the club won the NASL Championship. Under Edwards’ ownership, the club saw a steady increase in average attendance, but the club struggled to replicate its on-field success of 2012.

The Rowdies did not qualify for the NASL playoffs from 2013-2016, but returned to the postseason in 2017, their inaugural year in the USL.

The sale to the Rays comes amidst speculation that the MLB franchise is interested in building a new baseball stadium on the site of the Rowdies’ Al Lang Stadium. However, the Rowdies indicate the club will “will continue to play matches” at their current home.

“We are committed to continuing the upward trajectory that the Rowdies have been experiencing under Bill’s visionary leadership,” said Tampa Bay Rays President Matt Silverman. “The Tampa Bay Rowdies are a legendary soccer team, and we look forward to extending their legacy and prominence. We are eager to get to know Ralph’s Mob and all the Rowdies fans, to growing soccer in St. Petersburg and throughout Tampa Bay, and of course, bringing home a championship, which could be imminent!”

The Rays will take control of the Rowdies after the end of the 2018 season.