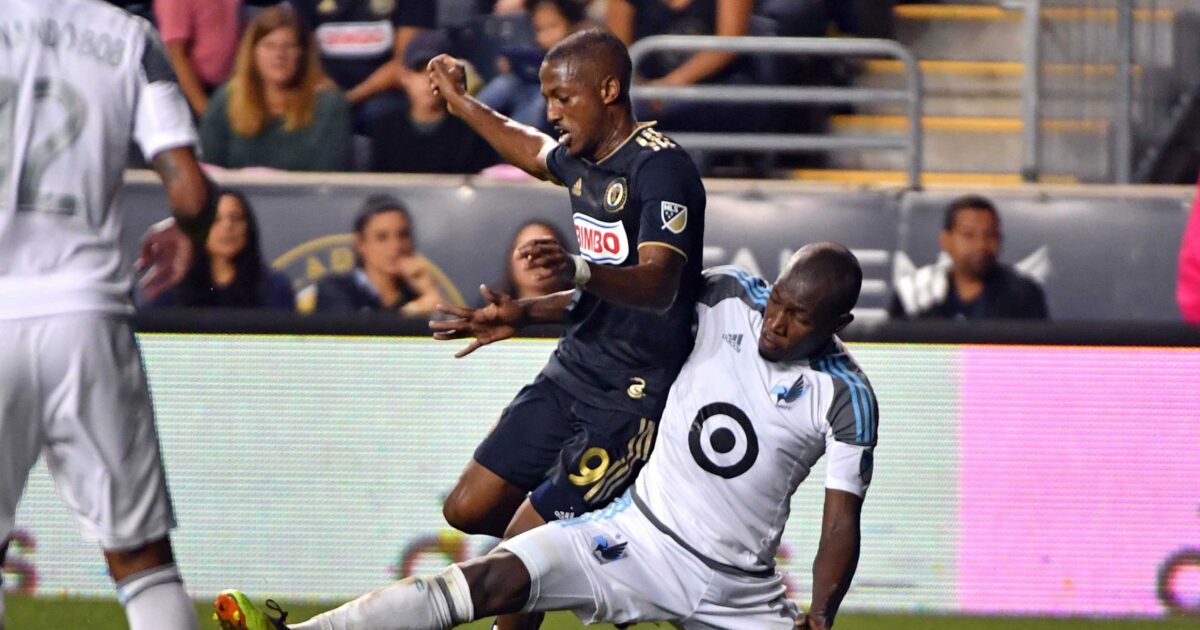 For many national teams, the pool to choose players is never ending. Some players may have to wait for their chance to represent their country, while others may never get that chance.

Philadelphia Union winger Fafa Picault got his chance to prove once again he belongs with the U.S. Men’s National Team on Saturday.

The 27-year-old showed not only USMNT interim manager Dave Sarachan, but all of Major League Soccer that Picault is worthy of his call-up. His first brace of 2018 helped the Union roll past Minnesota United 5-1 at Talen Energy Stadium, earning a playoff berth after missing out last season.

“It felt good, again it’s stuff I expect from myself,” Picault said. “I know a lot of people said I cannot score, and now I’m at 10 goals this season. I’m hungry and humble and I know I still have to prove myself at camp but I am honored to have the opportunity to do so.”

“(Fafa) definitely deserves it, he’s earned everything that he’s gotten since he came here,” Curtin said. “He’s been a guy who has played in a lot of different leagues and teams and has had varied success everywhere. It’s been a pleasure to work with him and he continues to want to get better.

“Fafa will take confidence now to the camp after his performance tonight. I’m happy for him, it’s good to be rewarded for things and I stress to our entire team that individual accolades is something that comes when the team is playing well as a whole. This team has had some success and now you see the accolades coming forth.”

The Union used a four-goal first half to set the tone to break open the match against the league’s worst road team. Unlike two seasons ago, where it inched its way into the postseason, Jim Curtin’s side booted the door down with authority and eclipsed the 50-point mark for the first time in club history.

Picault moved to fifth all-time in the club’s history with 17 goals in 55 games played. He hit double-digits for the first time in a professional season, and continues to play fearlessly for a team rising in the Eastern Conference.

After stops with the NASL’s Tampa Bay Rowdies and Fort Lauderdale Strikers, to FC St. Pauli in Germany, Picault has added speed and skill to the Union and will seek to translate that into a pair of friendlies against Colombia and Peru.

“I’m happy for him and he’s definitely deserving of the call-up,” captain Alejandro Bedoya said. “He’s been dangerous all season with his speed and finishing and now he has raised his soccer IQ in terms of combining with others. Even if you give him a little space, he can make you pay with his skill. He’s been crucial for us on the wing and continues to show he is hard to stop.”

At 27, Picault may not be as well recognized like many others that are being brought into Sarachan’s latest squad. Still, his performance on Saturday evening showed flashes of what the USMNT are seeking on the wings, a player who can take on defenders and be able to score goals when needed.

With the Union still aiming for a higher finish in the Eastern Conference, Picault knows the job with his club is not finished.

Two matches remain against the New York Red Bulls and New York City FC, which could be crucial to the Union’s chances of hosting a home playoff match.

However, their dominant showing on Saturday night just proved to what Picault has stated numerous times this season.

“It just proves that we don’t suck like many think we did before,” Picault said. “We’re doing what we’ve been doing and it’s something we expect from ourselves. We’ve gotten through the hard times and the good ones, and now we have to remain confident and try to finish as high as we can.”