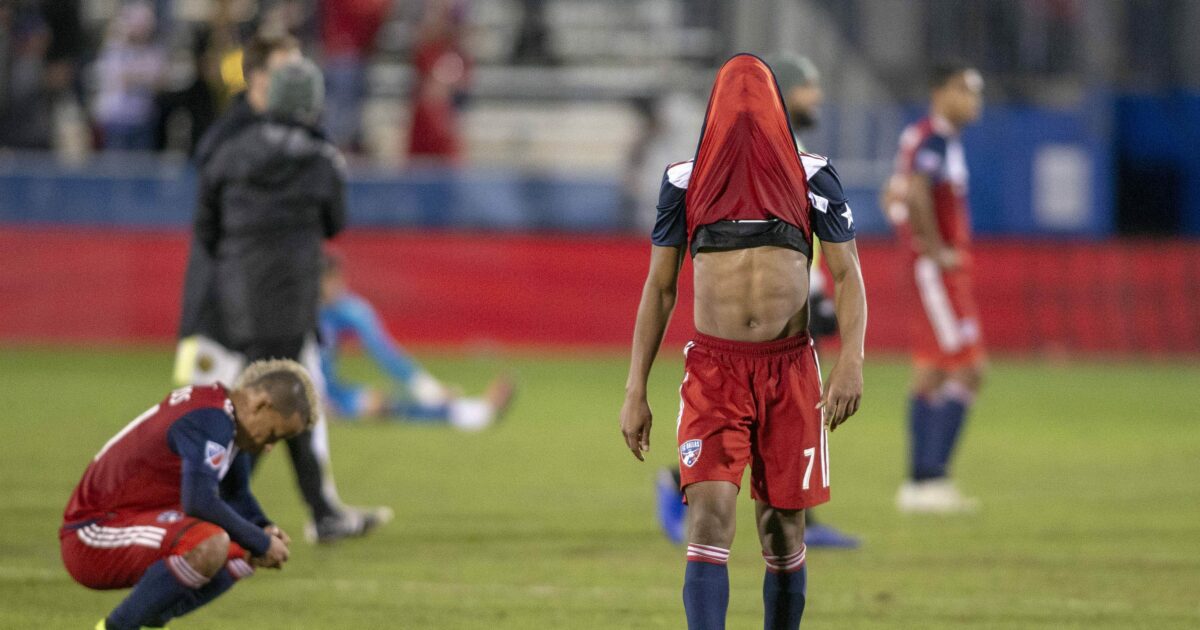 FC Dallas’s season looked like it would include a deep playoff run for much of the summer. They were leading the West through the months of July and August and quietly looked like one of the contenders for the Western Conference crown. Then summer turned to fall and things simply fell apart.

Dallas’ season ended with four straight defeats, culminating with Wednesday night’s 2-1 loss to a ten man Timbers team on their home turf. They went from leading the Western Conference at the start of October to tumbling down to fourth place and getting eliminated in the knockout round of the playoffs, bringing a premature conclusion to their season.

“There is a lot of frustration obviously on not accomplishing the next objective,” head coach Oscar Pareja said after the loss to Portland. “It is, as you know, frustrating to get to this point again and at an early stage and not being able to advance for our fans and for the people who also work for this franchise and the people who have supported us and were expecting us to keep moving forward and reach that goal of being in the MLS Cup and win it.”

Things very easily could have gone differently. While two of the three losses to end the regular season were against red hot D.C. United at Audi field and eventual West regular season champions Sporting Kansas City, the final game of the season presented Dallas with a very winnable match against the lowly Colorado Rapids. Despite going in front and holding a 1-0 lead in the final 15 minutes, they conceded twice after the 80th minute and ended up losing 2-1, costing them the three points that would have saved them from having to play a knockout round match.

“A little pain, a loss like this at home after such a great season they we had, being in the top of the Western Conference for the majority of the season,” said midfielder Victor Ulloa. “I mean our past three games weren’t good enough, we needed a result to get that bye but unfortunately we couldn’t do it. We put ourselves in this situation. I mean it hurts a lot to go out this way.”

It looked like Dallas would start off strong when they appeared to go in front in the 12th minute thanks to a close range headed finish from Brad Ziegler. However, VAR showed he was a yard or two offside and the goal was taken off the board. A little more than ten minutes later saw Diego Valeri whip in a free kick to give the Timbers the lead and they never looked back.

That isn’t to say Dallas didn’t have their chances to get goals. Barrios smacked the underside of the crossbar in the 26th minute. Portland keeper Jeff Attinella made a number of nice saves on chances that could have been buried. They even had a man advantage for 40 minutes, including stoppage time when Larrys Mabiala was sent off for an errant last-man challenge. Not only did FC Dallas give up another goal while up a man, but they only managed to find one of their own with just a couple minutes left to play.

By the end of the match Dallas had outshot Portland 22-5 and held a 65% advantage in possession.

“I think it’s just a roller coaster of emotions,” Ulloa also said, “obviously getting that goal back gave us a little more hope that we could tie it up but unfortunately we were short tonight.”

They certainly fought hard and Pareja is proud of what his team did to stay in the game. Effort alone won’t win games, especially in the playoffs, and FC Dallas’ performance on Wednesday night still stings despite the lopsided numbers beyond the scoreboard.

“It’s tough and hard to digest but I thought the boys gave their energy and they gave all they had,” Pareja concluded, “and we were not finding the goal again and were paying the results.”