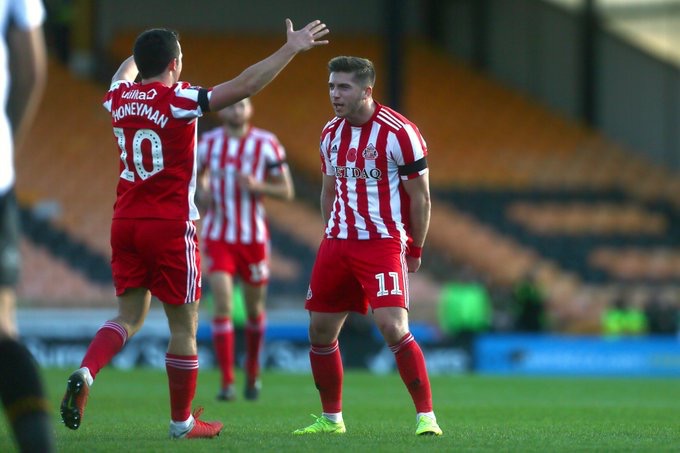 Sunderland winger Lynden Gooch has had a sensational season so far with the Black Cats, helping them to a current second place spot in the EFL League One. Despite not being called into the U.S. Men’s National Team camp for November friendlies, Gooch kept his mind focused as the Black Cats kicked off FA Cup play on Sunday.

Gooch scored the second goal in Sunderland’s 2-1 road win at Port Vale, advancing to the second round of the prestigious tournament.

After a first minute opener by Sunderland, Gooch showed his skill to double their advantage in the 19th minute. The 23-year-old picked up a loose ball at the top of box and turned quickly before rifling a right-footed shot into the bottom-left corner.

It was Gooch’s fourth goal in all competitions this season, which now gives him 10 points in 15 total appearances.

Sunderland would hang on to book a place in the second round, and will find out their next opponent on Monday.