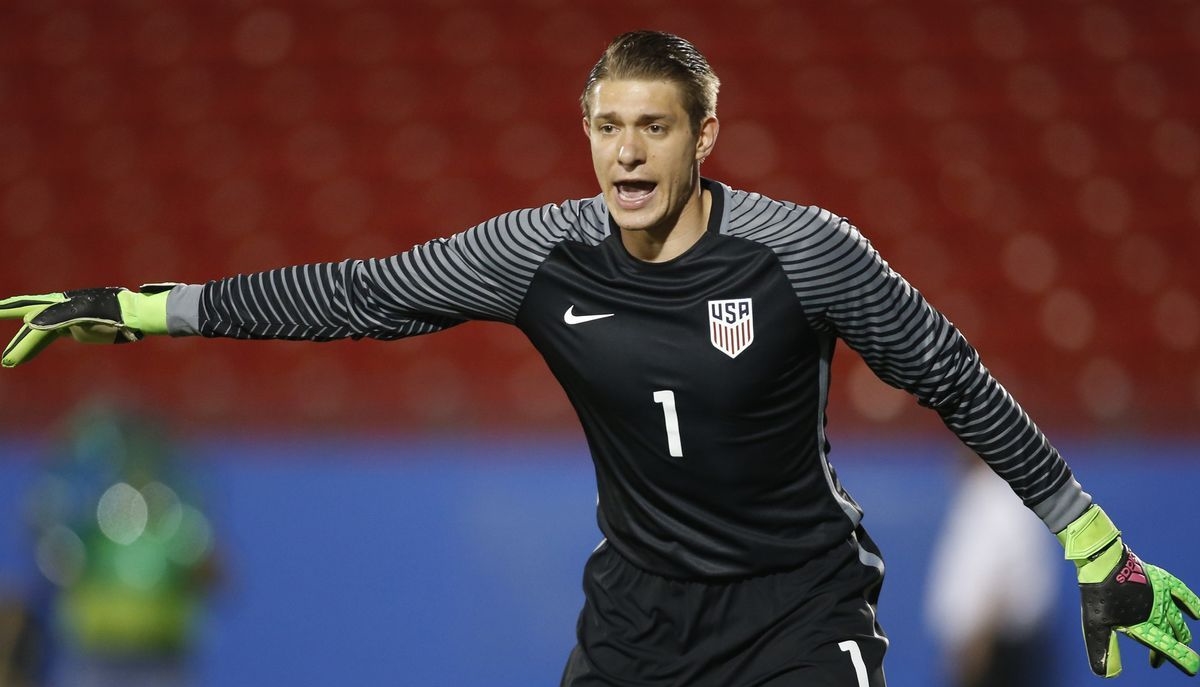 Since the departure of Tim Howard from the U.S. Men’s National Team, plenty of players have tossed their names in the hat to be the next starting goalkeeper for the youthful but exciting squad.

Unlike a pair of current MLS starters, Ethan Horvath has continued under the radar in Europe but remains a valid threat in the race for the starting role.

The USMNT will look for continued growth in its final two friendlies of November against both England and Italy. Starting against the Three Lions on Thursday, Dave Sarachan has a tough decision to make on who starts in goal with Zack Steffen’s out due to injury.

Horvath has been called into the last two camps under the interim head coach, which has continued his rise up the international scale for the USMNT.

After being called back in yet again by Sarachan, the interest level continues to prove itself with the 23-year-old now preparing for two tough matches.

“It’s good to be back with the guys, and seeing familiar faces again,” Horvath said. “Importantly we’re getting ready for some big matches which is always fun to do. Just like we have been doing against the likes of Brazil and Mexico, we’re continuing to prepare for more tough matches.”

Horvath made the move to join Belgian outlet Club Brugge in January 2017 where he made 15 league appearances in his debut season. Despite being moved to the backup role, Horvath kept a positive mindset and has now returned to the starting XI in the weeks before the latest international break.

A pair of clean sheets, including a 4-0 shutout of AS Monaco in the UEFA Champions League group stage, showed what Horvath brings to the table in between the posts. The strong performances in the last two weeks have produced a surge in confidence in Horvath, who will have to beat out Brad Guzan and Jonathan Klinsmann for an appearance in the next six days.

“It’s been a pretty hectic time with four matches in two weeks but it’s helped my confidence a lot,” Horvath said. “Started out with a home league game which will always help you get motivated. Then we moved on to play Genk who is first place in the league and I was happy to make a contribution in the draw.”

“The Champions League is a special feeling and it all helps with my confidence. It also helped to have my team’s confidence in me which has helped even more. I don’t have any control of who plays at Brugge but you have to be ready for anything and when I saw my name on the team sheet it has continued to take my opportunities in the right direction.”

With not a lot of time to prepare for England, Horvath and the rest of the USMNT have to be ready for a stubborn match against the fourth-placed side from this summer’s World Cup. The Three Lions pose numerous threats offensively which will be tough for Sarachan’s side to deal with inside what is expected to be a rocking Wembley Stadium.

However, the opportunity to play in both the Champions League and Europa League with both Club Brugge and his prior club, Molde, helped Horvath gain recognition on the world’s biggest stage. The ability to play against some of the top players in Europe is something not every player gets to experience, which certainly gives Horvath an added insight ahead of these matches.

“I’m feeling good, I’ve been lucky to play in the Europa League before and the Champions League now,” Horvath said. “Wembley is special, it’s a special feeling especially playing the home team. However, I don’t think it’s anything we need to daunt ourselves with its a football match at the end of the day.”