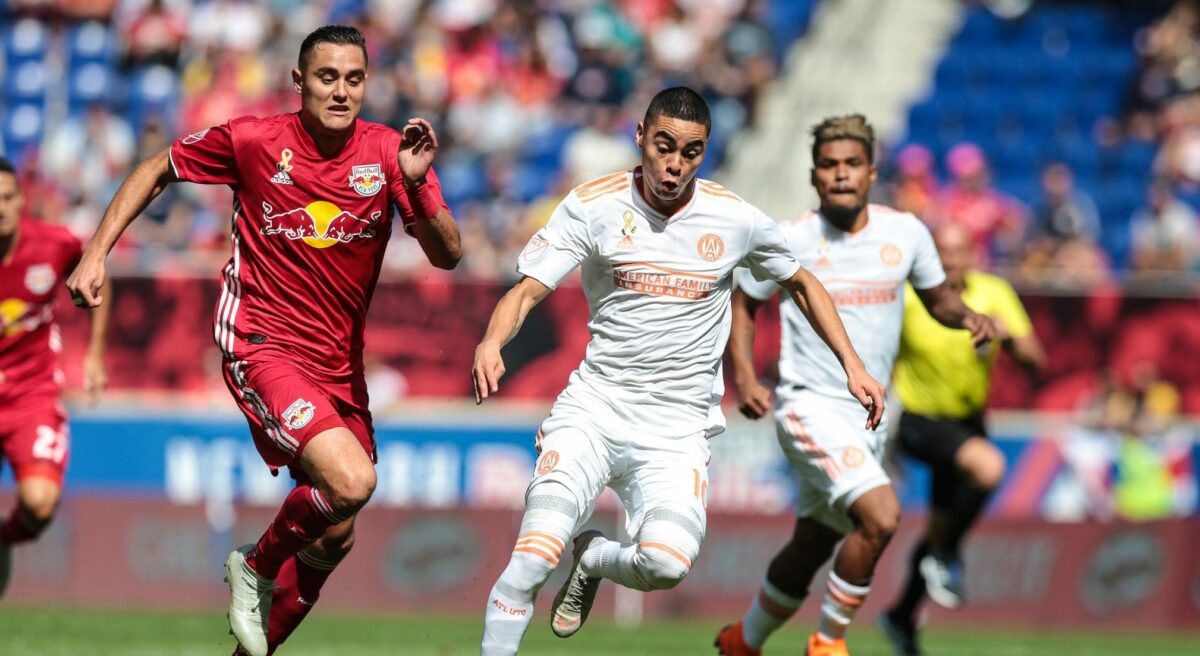 The Atlanta United-New York Red Bulls Eastern Conference Final has the potential to be one of the most exciting MLS playoff series ever, but Tuesday’s international action did its best to stifle the thrill.

Atlanta and the Red Bulls are the two best teams in MLS and the series will feature the highest combined regular-season point total in history.

Some of the most talented players the league has ever seen will do battle for Eastern Conference supremacy, but many of them will be forced to do so on tired legs.

The most recent international window took several of the best players on both sides and ran them through a gauntlet of far-off travel and high-level international competition.

Overall, seven players on both rosters took part in an international match on Tuesday.

The Red Bulls defense was the hardest hit unit, as their starting defenders traveled abroad and played a full 90 minutes on Tuesday.

Michael Amir Murillo started alongside Red Bulls teammate Fidel Escobar in the center of Panama’s defense against Ecuador. The USMNT also played Tyler Adams and Aaron Long for the entirety of their 1-0 loss to Italy.

On the other side, Atlanta United assist machine Miguel Almiron flew all the way to Durban, South Africa to play 90 minutes in a 1-1 draw for Paraguay, while Red Bulls attacking midfielder Kaku Gamarra played in the second half of that match.

MLS leading scorer Josef Martinez also didn’t get much rest, as the Venezuelan forward traveled to Qatar to play 74 minutes in a friendly against Iran.

The Western Conference Final didn’t escape the window untouched, either, although the impact will be more one-sided and didn’t hit the biggest names.

Portland Timbers winger Andy Polo started and played for 60 minutes for Peru in a 3-2 loss to Costa Rica, while midfielder Cristian Paredes appeared in the Paraguay match, but he hasn’t made an appearance in the playoffs.

The only Sporting Kansas City player called into international duty was Scotland’s Johnny Russell, but he didn’t play in their Nations League win over Israel.