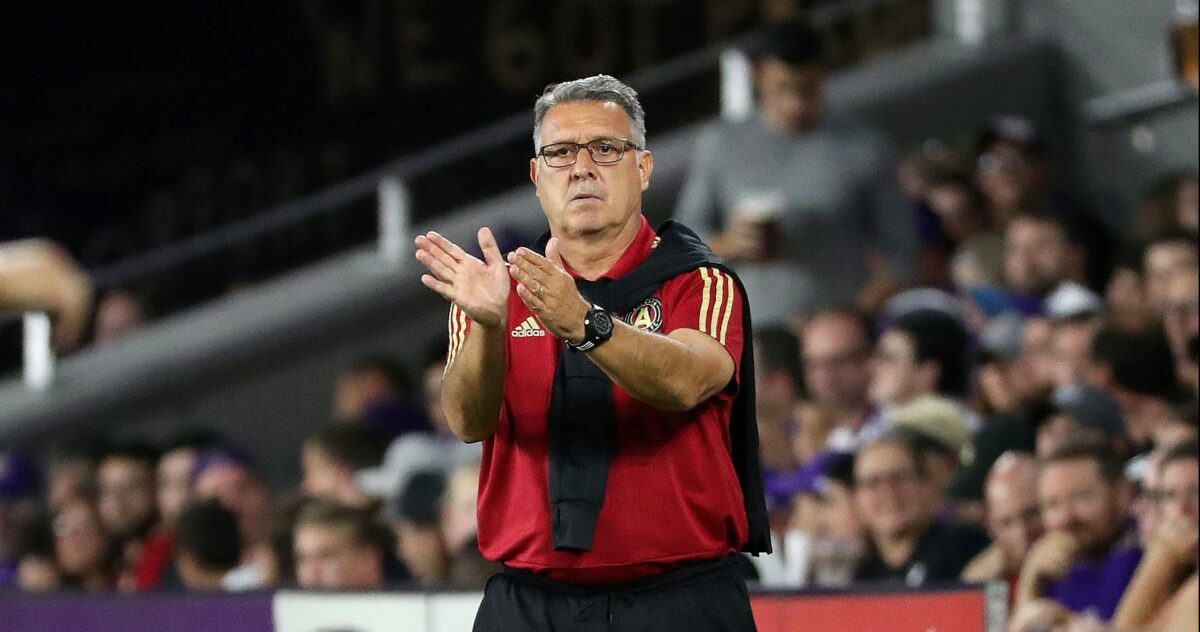 Atlanta United had an outstanding second season of play and a lot of it is thanks to its head coach, Gerardo “Tata” Martino. His efforts in helping the Five Stripes finish with the second-best record in MLS earned the respect of his peers, leading to him earning MLS Coach of the Year honors.

Tata Martino named the 2018 @MLS Coach of the Year

Thank you and congrats to our gaffer! 👏 pic.twitter.com/xyBWvKaV8t

Martino came to Atlanta United before its inaugural season, leading the team to the playoffs in both of his seasons in charge. He has his team in the Eastern Conference Finals this year against the New York Red Bulls after falling in penalties in the Knockout Round a year ago.

In the regular season, Martino led the Five Stripes to the second seed in the East with 69 points. The only team in MLS history to accumulate more points in a single season is this year’s New York Red Bulls.

He will not return to Atlanta United next year. He reportedly has a verbal deal to take over the Mexican National Team after Atlanta’s season ends.

After two years in the USL, FC Cincinnati will join MLS with a new look to their club crest. The team revealed their new logo on Tuesday evening at the Woodward Theater in Cincinnati. The orange and blue colors are “brighter and bolder” according to their press release. The new crest design is supposed to call attention to the city’s rich German heritage and a “modern manner.”

“We’re thrilled to introduce our MLS brand,” said club owner and CEO Carl H. Lindner III. “FCC has forged a strong connection with our city over the past three years. As we move into the future as an MLS club, our new look maintains that strong connection and reflects our passion and ambition for world-class soccer in Cincinnati.”

FC Cincinnati will begin its first MLS season next spring. Yesterday, MLS announced that their expansion draft will take place on December 12 and will feature similar procedures and rules as last year’s for Los Angeles FC. Each existing team will be allowed to protect 11 players from their current roster, homegrown players and Generation adidas players will be exempt, and any team that lost a player to LAFC in last year’s expansion draft will not lost anyone to FC Cincinnati. That will leave Sporting Kansas City, Toronto FC, the San Jose Earthquakes, the Seattle Sounders, and the Columbus Crew untouched.

The Professional Referee Organization has released its assignments for the upcoming MLS Conference Finals. Kevin Scott will take charge of the first leg between the New York Red Bulls and Atlanta United at Mercedes-Benz Stadium on November 25 and Jair Marrufo will officiate the second leg four days later.

As for the other series, Robert Sibiga will work the first leg between the Portland Timbers and Sporting Kansas City in Portland, also on November 25, and Mark Geiger will run the second leg in Kansas City the following Thursday.

Lima, three others reportedly to train in Bundesliga over the winter.

San Jose Earthquakes defender Nick Lima could be headed for an offseason training run in Germany. According to ESPN, he is set to train at Hertha Berlin for the winter months with a possibility to sign there full time if the stint goes well. Hertha already employ USMNT goalkeeper Jonathan Klinsmann.

Also reportedly heading to Germany are Colorado Rapids prospects Cole Bassett and Sam Vines. The two of them could be headed to SC Freiburg for the winter.

The San Jose earthquakes have announced who will serve as new coach Matias Almeyda’s assistants. Omar Zarif and Benjamin Galindo will be his direct assistant coaches, Carlos Roa will work as the goalkeeper coach, Guido Bonini will oversee strength and conditioning, and Fabio Alvarez will become the team’s kinesiologist. All five of them worked together at Chivas de Guadalajara and helped lead the team to the CONCACAF Champions League title last spring.

“We are adding a technical staff that has worked together for several years,” said Earthquakes general manager Jesse Fioranelli. “They have engrained processes and a way of including players and existing staff members in an inclusive and engaging way. We’re also excited for Matias’ staff to bridge the first team and youth sector.