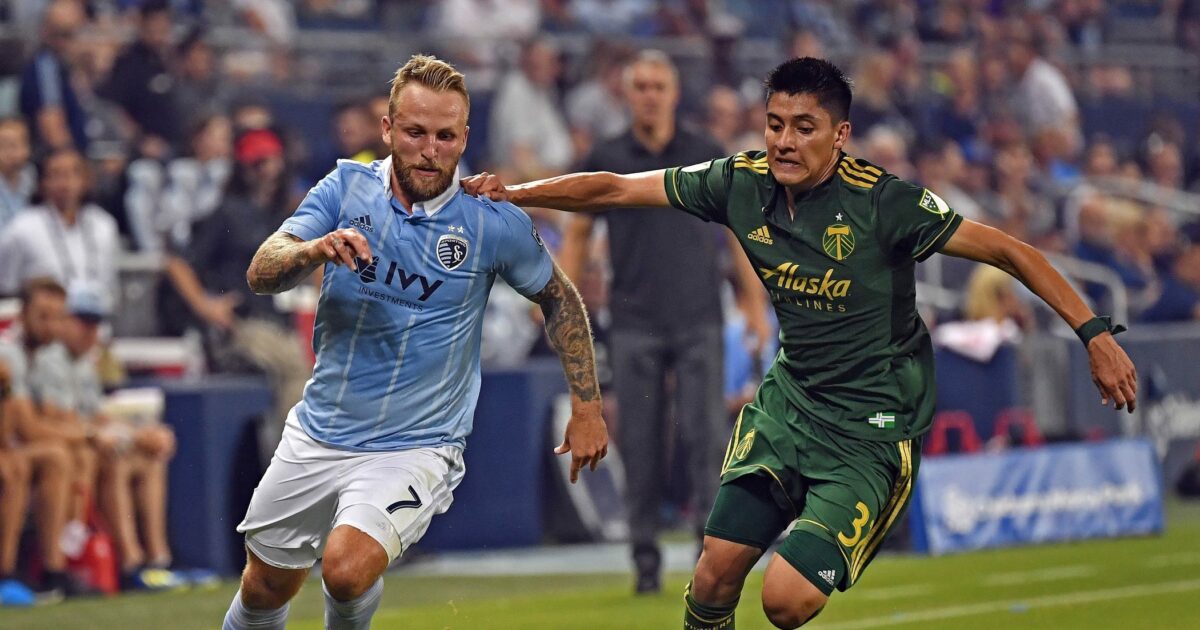 Top-seeded Sporting Kansas City last went to the league final in 2013, but it’s been a player in the postseason for most of Peter Vermes’ tenure.

Portland captured MLS Cup in 2016 in its first attempt and it’s qualified for the playoffs in three of the last four seasons.

Vermes and Giovanni Savarese are both experienced managers who could unlock the weaknesses of the opponent with a slight tactical tweak, but both teams feature a similar weakness that could end its title hopes in the next week.

After playing to a scoreless tie at Providence Park in June, Sporting Kansas City won the regular-season series over the Timbers with a 3-0 victory at Children’s Mercy Park on August 18 behind a Diego Rubio brace.

The two most important players on the Timbers roster share the same first name, but it’s the attacking Diego that will be the most important in Sunday’s first leg in the Pacific northwest.

Rarely has there been a time in which Diego Valeri didn’t deliver in a clutch situation for the Timbers, and he’s showed up so far in the 2018 postseason with two goals and two assists.

The Argentinian Designated Player has four goals and seven assists in his postseason career with the Timbers, and he’s coming off his fourth season in which he recorded double-digit goals and assists.

The first leg in the West final is all about limiting Portland’s chances and stealing an away goal for Sporting KC.

With that mind, one of the most underrated players in MLS needs to turn in an impressive shift in front of the back four.

Ilie Sanchez could be the great neutralizer to Valeri if he jams up the shooting and passing lanes from 30 yards in.

Ilie is the most important player to Vermes’ side on Sunday because his play could determine how much of an impact Valeri makes, which also means he can control the amount of chances Sporting KC creates.

The youth versus experience matchup in Portland’s final third will make as much of a difference as the midfield tussle between Valeri and Ilie.

Jeremy Ebobisse’s late-season surge allowed him to take hold of the starting forward position in Portland, but he’s going up against two of the most experienced players left in the playoffs.

Matt Besler and Ike Opara built up a strong chemistry in the Sporting KC back line, and containing Ebobisse won’t be more challenging than matchups they’ve faced in the past.

If the Sporting KC are unable to choke out the chances earned by the Timbers attack, the stage will be set for the regular-season champion in the West to earn a return to MLS Cup in Thursday’s second leg.

Sebastian Blanco is Portland’s Plan B if Valeri fails to get going in and around the penalty area.

Blanco netted two goals in three postseason games, which came after an October in which he produced three goals and two assists.

If Ilie shadows Valeri, Blanco should be able to track inside and force either a center back or Roger Espinoza to tail him as he attempts to open up the space in the final third for Ebobisse and others to pounce on the deliverance of key passes.

This may be harping on experience too much, but Sporting KC has oodles of it in the back line. and that could be the key to get out of Portland with a favorable result.

While it’s easy to point out Graham Zusi at right back as an X-factor, Seth Sinovic is as important on the left as well, as Sporting KC looks to frustrate every Portland attacker.

If Sinovic plays everything well, he’ll stop the advances of the Portland wingers, which in turn puts more pressure on Valeri to create and take advantage of home field.

Also don’t count out Sinovic’s ability to overlap down the flanks when Sporting KC moves forward.

Although it might happen on a limited basis, one or two solid crosses could be enough to produce an away goal.

Playmakers are sprinkled throughout both rosters, but they’re mainly attacking midfielders.

The difference in the series will be the forwards, whether it be Ebobisse for Portland or the combination of Khiry Shelton, Daniel Salloi and Diego Rubio for Sporting KC.

With two of the best defensive midfielders patrolling the middle of the park, look for the two sides to venture down the wings in the opening stages of the contest in order to open up the opposing defense.

With Andres Flores and Blanco in green and gold and Johnny Russell and Felipe Gutierrez in light blue and white, the first-half heat maps could be shaded a dark red on the wings.

The first leg in Portland will eventually come down to the difference-makers on each side, with Valeri creating a significant chance or two, while the organized Sporting KC defense makes those attempts on goal hard to come by.

One factor worth watching in the second half is what Savarese does with his attacking substitutions, as Portland playoff hero Dairon Asprilla, who has three goals and three assists in 10 postseason appearances tries to make an impact in a shortened shift.