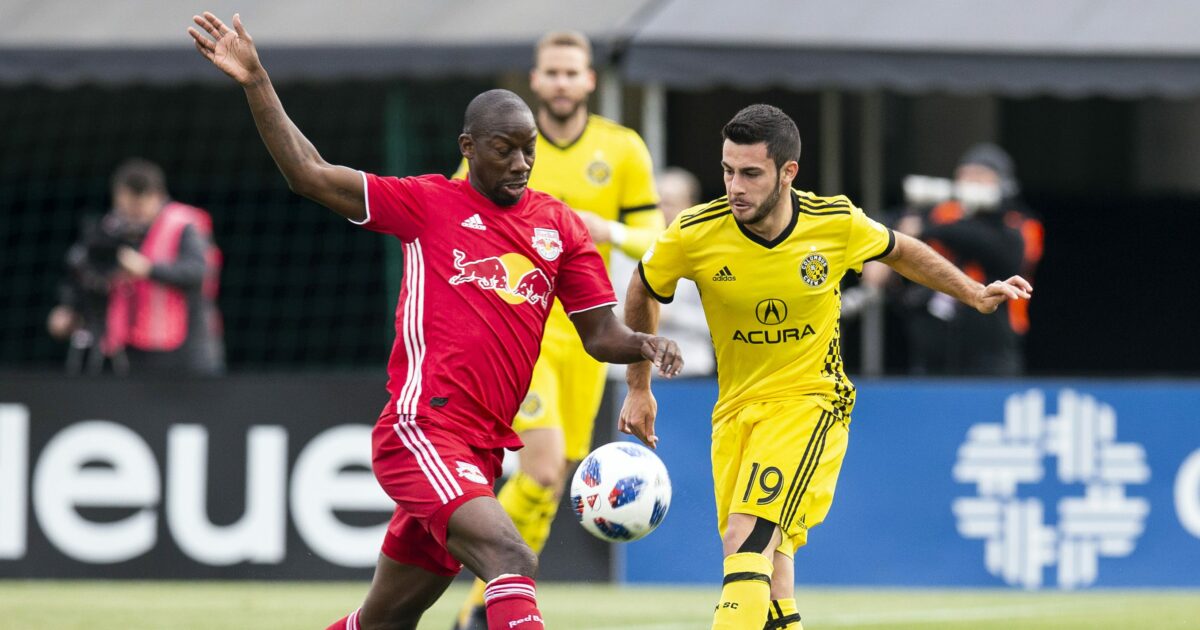 The New York Red Bulls didn’t get the result they were looking for at MAPFRE Stadium on Sunday afternoon, and they will need to refine their approach if they hope to head home and get a result in the second leg of the Eastern Conference Semifinal. They fell 1-0 to the Columbus Crew in a match that saw them miss on a pair of golden chances that could have changed the way everyone thought about the first leg and the entire two-legged series.

Their first chance came during a stretch of play midway through the first half that saw them get a series of four straight corners. The second of those produced a Tim Parker shot that smacked off the post and off Crew goalkeeper Zack Steffen’s face before being cleared away for another corner.

The second came during second half stoppage time when Kaku chipped a pass over the Crew defense and onto Bradley Wright-Phillips’s head. The prolific scorer could only watch as Steffen used every bit of his 6’3″ frame to deny a late tying goal.

Those close chances have the Red Bulls believing that they can go home to Red Bull Arena and get the result they need to get through to the Eastern Conference Final. Head coach Chris Armas saw a lot to like in his team despite the less than ideal result.

“1-0, it’s close to the best result when you lose,” Armas said in the post-match press conference. “Cause you’re down by one at half time essentially. You have 90 minutes back in our building where we’ve been pretty good.”

And it wasn’t like the team didn’t execute a solid game plan or anything. They contained the Crew quite well and only gave up one goal on an outstanding play by Federico Higuain. That was one of only two Columbus shots on target and one of only six overall on the day. It’s hard to ask more from a defense against a team with some prolific attacking talent.

“We feel feel good about the way we managed their attack and some of their attackers,” Armas said about his team’s defensive performance. “Whether it’s they’re building out of the back or trying to play direct and stretch us, we understand what they do and why they do it.”

It was up front where things were a bit lacking. The Crew only got six shots overall, but the Red Bulls didn’t produce that much more. Of their nine shots only three required a save from Steffen. Sure, two of them could have been goals had the Crew keeper not been on his game, but it was still not the sharpest of performances going forward. Set pieces were a highlight, however, as the Red Bulls often looked threatening from their corners.

“We created some really dangerous set piece opportunities, if we’re being honest, in the first half,” said Armas.

But it was a lack of sharpness overall that hurt the Red Bulls, and that’s what Armas and his squad are hoping to refine for the second leg.

“I think if we’re a little bit calmer in moments and we’re just a little bit sharper up the field then I think we can create more clear cut chances. Some of the crosses weren’t quite there. Just some of the final plays that will get sharper for the next leg.”