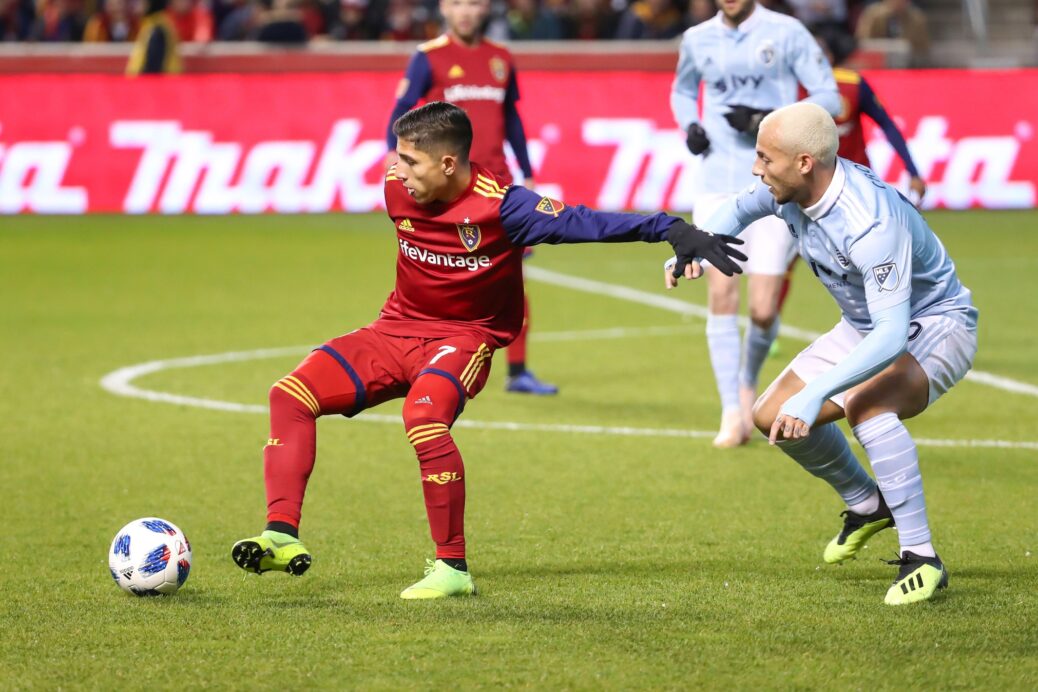 For Real Salt Lake, a home draw with Sporting Kansas City felt like a loss.

For Peter Vermes’ side, the 1-1 result at Rio Tinto Stadium on Sunday suited it well.

The Western Conference rivals traded goals eight minutes apart to send the semifinal series back to Children’s Mercy Park with Sporting KC’s away goal being the difference.

After a first half that wasn’t easy on the eye, the fourth of four Major League Soccer games on Sunday came to life in the 51st minute.

Albert Rusnak, who will miss the second leg next Sunday due to yellow-card accumulation, played a perfect give-and-go with Damir Kreilach to set up his stunning strike six minutes after halftime.

However, a mistake by RSL goalkeeper Nick Rimando playing the ball out of the back cost the home side, as Diego Rubio struck with his first touch in the 60th minute.

Throughout the final 30 minutes, neither side cracked the code of the opposing defense, with Sporting KC coming away with the best chance to take the series at home in a week’s time.

Graham Zusi turned in an impressive performance at right back for Sporting KC, as he held RSL to very few opportunities on the flank.

Nick Rimando’s 60th-minute error allowed Sporting KC to level the game in which RSL had a perfect game plan for.

You don’t usually say this about Rimando, but his lone mistake of the contest could end up costing RSL a berth in the Western Conference final.