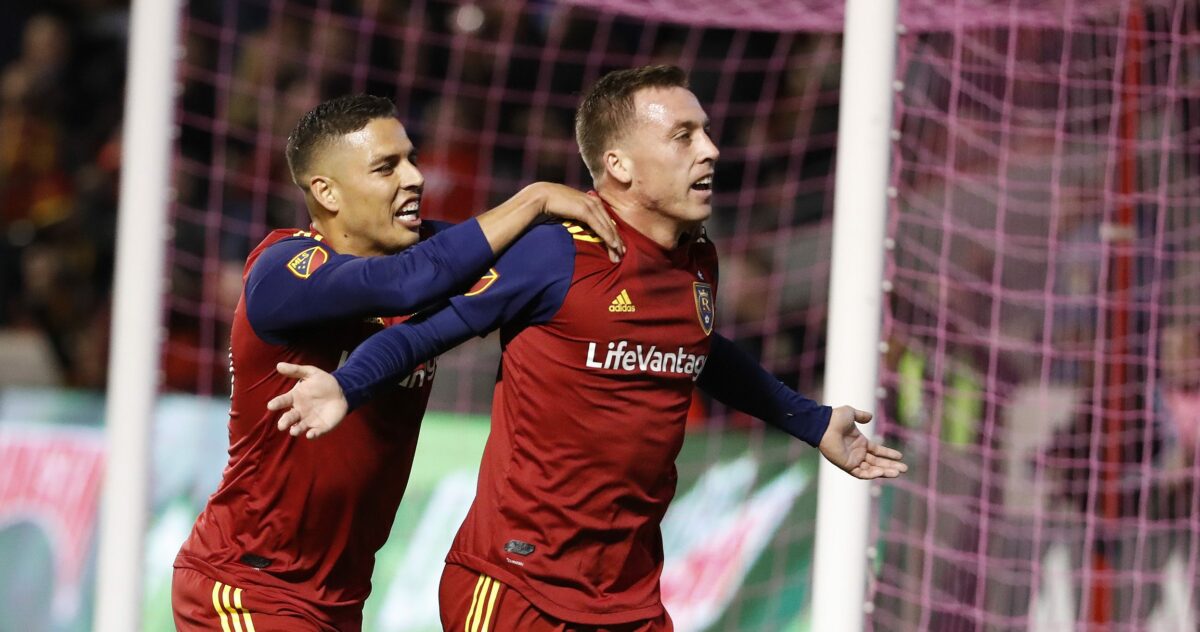 Scoring goals is a great way to make your name in any soccer league, and Corey Baird did just that in his first professional season with Real Salt Lake.

The former Stanford University forward scored eight times in 2018, the most of any rookie in the league, while playing in 31 of RSL’s 34 regular season games, again, most among league rookies.

This is quite an accomplishment for any first year player, but more so for Baird, who came into the year fully expecting to spend much of the campaign in the USL with Real Monarchs SLC.

His early season set the tone for the entire year, but it was the way he ended it that sealed the SBI MLS Rookie of the Year award for him. He racked up three goals and three assists in his team’s final seven games as RSL made a late push into the playoffs. Although he didn’t see much playing time in the postseason, Baird had already had his impact on getting the team that far.

Here is a rundown of the other top candidates for the SBI MLS Rookie of the Year Award, as chosen by SBI Editorial Staff:

The Philadelphia Union teenage defender made 19 starts, including the knockout round loss to New York City FC, in central defense and proved to be a valuable piece for the team as they made a run to the playoffs. He made his professional debut two years ago while he was still in college, which set him up nicely for the transition to MLS.

After sitting out for the first month of the year, he made his debut in April as a substitute in a 2-0 loss to Orlando City, but he went on to become more or less a regular on the Union backline shortly thereafter. He was a key piece in a defense that kept a clean sheet against the Montreal Impact in just his third game with the team.

The Orlando City winger looked like the best rookie in the league at the end of April. He was a frequent substitute attacker for the Lions early in the season and his three goals in three games to open the second month of the season helped him land a more consistent starting role.

Much like Orlando City in general, he cooled off after the strong start and didn’t score again for the rest of the season. The former Wisconsin Badger still accumulated seven assists in his maiden season and should be an important part of the team in future years.

The eighth overall pick by the New England Revolution proved to be quite the versatile defender throughout the course of the season. Although specializing as a left back, he picked up starts in all three defensive positions in 2018. He was valuable defensively and even scored a goal and provided two assists for the Revs.

A graduate of Western Michigan University, Bye made 16 starts and 24 total appearances in his first season while laying a foundation as a potentially versatile wide player in the future.

Krolicki established himself as an effective passer in 18 starts for the Montreal Impact. Although he didn’t score a goal or provide an assist, he proved himself to be a valuable player in the center of the park that could facilitate attacks with efficient, well placed passes.

In addition to that, the former Michigan State Spartan did well in a defensive role. He was good for a solid tackle or interception while keeping himself out of the referee’s book more often than not. He has the potential to develop into an important part of the Impact as his career develops.

What do you think of our selection? Which player stood out to you as Rookie of the Year in 2018?