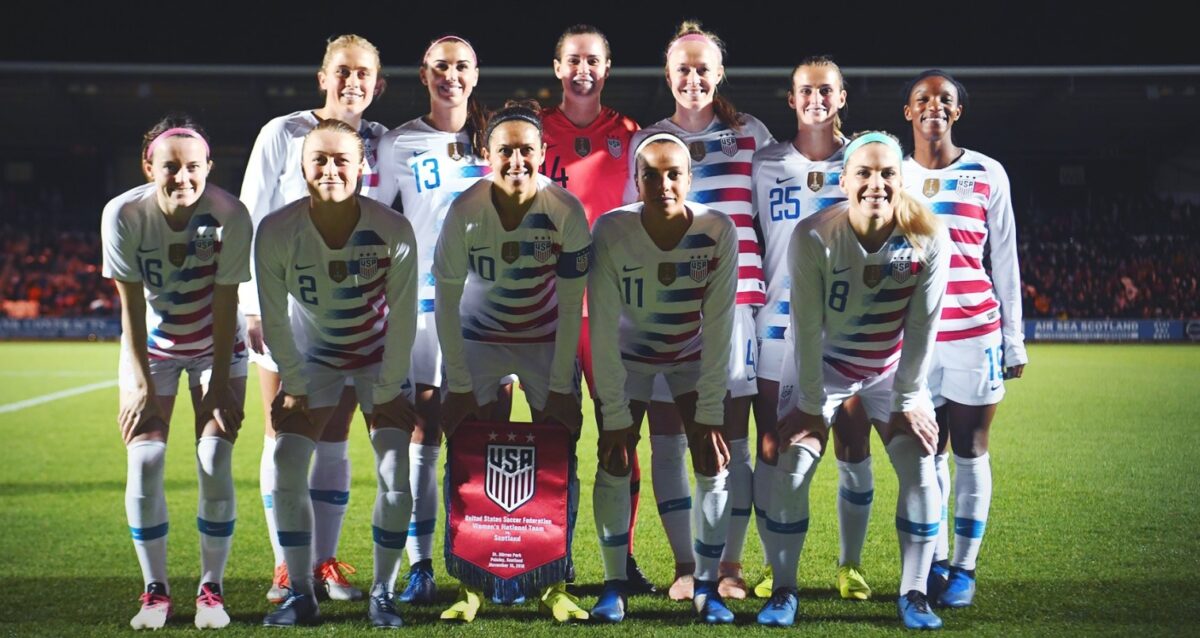 With the year over and official preparations for the World Cup officially underway, one of U.S. Women’s National Team head coach Jill Ellis’s immediate tasks is to settle on a World Cup squad for the tournament. For the most part, she has already gotten started.

Barring injury, Ellis realistically has 20 to 21 players that are essentially locked for a spot on the squad. It is a core group that she has relied on more more than a year, from starters to first-choice backups. As for the final two to three spots, Ellis took this month’s friendlies to begin figuring out just who she might want to bring to France.

After missing the Concacaf Women’s Championship roster, goalkeeper Adrianna Franch and midfielder Allie Long were a part of this camp. Additionally, defender Merritt Mathias, midfielders Danielle Colaprico and Andi Sullivan, and forward Jessica McDonald were called in for their first camp after lengthy stays away from the national team. Defender Emily Fox was the only newcomer to camp, and she and Colaprico received their first two caps this month. Everyone except Franch, Long, and Mathias received significant playing time; the results were mixed, with some impressing and others leaving more to be desired.

With still a few months to go before Ellis has to name a squad, here is the latest projection of the World Cup roster:

(Changes from October are in bold; new additions are in bold italics.)

Outlook: This trio remains unchanged, and is probably the easiest group to predict. Strangely, Franch is still waiting for her first cap, but her overall form for her club team should keep her in front of the other candidates.

Outlook: The main question about the defense is if anyone will join this group, because these have been the players Ellis has relied on as starters or backups. Ellis has called in other players to challenge for supporting roles over the course of the last year, but many of them have not been able to get into the regular rotation. At this point, the roles of the above players are very clear, and that may stay the same as the World Cup gets closer.

Outlook: Ertz, Horan, Lavelle, and Mewis are essentially locks for France. That said, Ellis does not have established covers for her preferred starting midfield trio of Ertz, Horan, and Lavelle, meaning the World Cup midfield picture could go a few different ways. Should Zerboni recover in time from her elbow injury and return to the form she enjoyed before, she will be useful depth for the deeper positions, as might Brian. Ellis has not given a lot of opportunities to players other than Horan and Lavelle in attacking midfield, though she has flirted with the idea of Carli Lloyd there at times this year. As time passes, though, she may decide further cover there is needed.

Outlook: As Ellis and her coaching staff decide on those last few roster spots, having versatile attacking options might be the key to filling those spots. The right side of the forward line has the likes of Heath, Pugh, and Press able to fill the spot, while Press also boasts the ability to play across the line. Morgan, too, can fill in on the left, while Lloyd is probably a substitute for Morgan in the center as things stand. Ellis might want a different option in that spot, leaving room for McDonald on the roster.

Are there any notable inclusions or exclusions? Sound off in the comments below.