Sporting KC “ready for the final” after scoreless draw in Portland 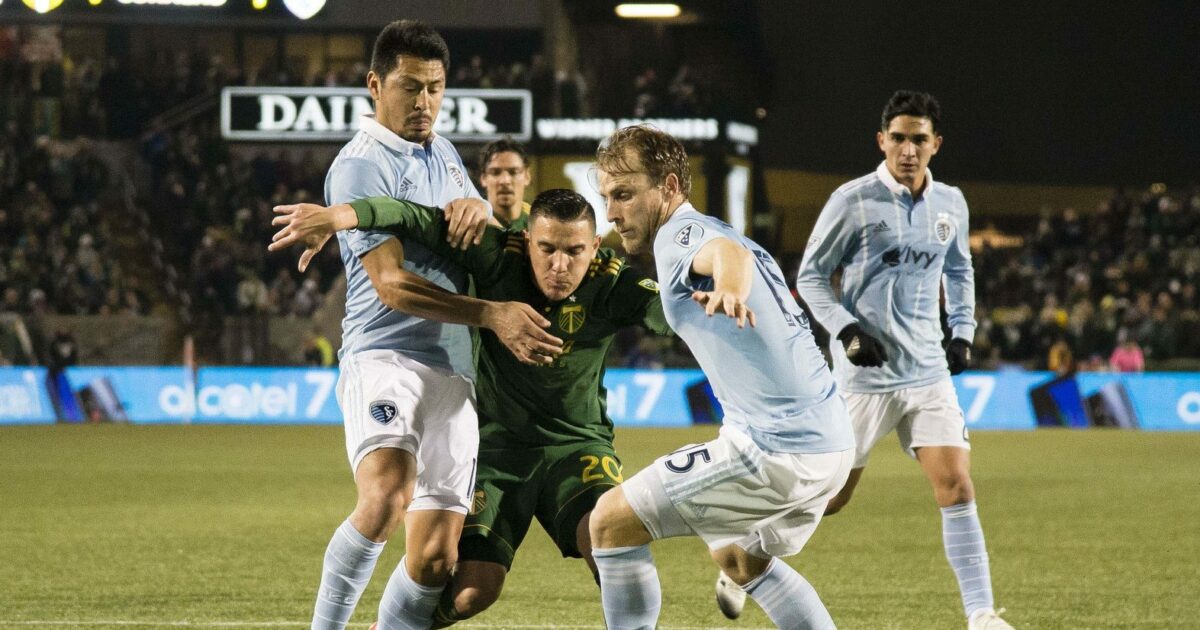 Sporting Kansas City didn’t end up with an away goal in the first leg of its Western Conference Final series against the Portland Timbers, but the West’s top seed still likes its position heading into the second match on home soil.

SKC would have liked to have scored a goal in the game, but walking out of Providence Park with a clean sheet and a draw is satisfactory, if nothing else.

“We wish we had won, but to not walk out of here with that situation is acceptable at the moment based on the series that we have,” head coach Peter Vermes said in the post match press conference. “Now we have to get home and get ready for the final. That’s what it is.”

Vermes set his team up with a defensive mindset for this away leg. He knew Portland would want to hang onto the ball while patiently probing for chances. His players executed that game plan to near perfection at the back, and it was mostly do to a strong mental performance.

“They were very disciplined here,” Vermes said about his team’s defending. “I think they have been throughout the season. I think we’re a pretty good defensive team and we’ve been consistently that for a long time. And at the same time I think it also takes guys to be concentrated and a lot of hard work, and I think we did that tonight.”

But it was the lack of a goal that will change things come Thursday, even if Vermes and his team don’t seem bothered by the nil-nil result.

“Maybe if we’re a little bit better around the box today, maybe we stick one of those in in the second half,” Vermes said, more or less brushing off the goose eggs.

However, the lack of scoring means SKC will need some extra emphasis on defending in Thursday’s second leg, and it could come at a cost. One goal for Portland turns the match into an uphill battle thanks to the away goals tiebreaker. Lacking that away goal means they may not be able to start as quickly at home as they did in the second leg against Real Salt Lake, but Vermes still wants to push the pace as much as he can in what should be a rather different match compared to Sunday’s physically defensive battle.

“It’s going to be a completely different game because we’re going to be at home,” defender Matt Besler said when asked about potential changes for the next match. “We’re going to be in front of our fans. We expect to play at probably a higher tempo.”

Neither team will be playing for a draw, but SKC will especially need the win. Vermes’s team will be ready for a game that will be just like a final in their eyes.