The SBI View: Despite injuries, Sounders still the favorites to win the Cascadia playoff showdown with Portland 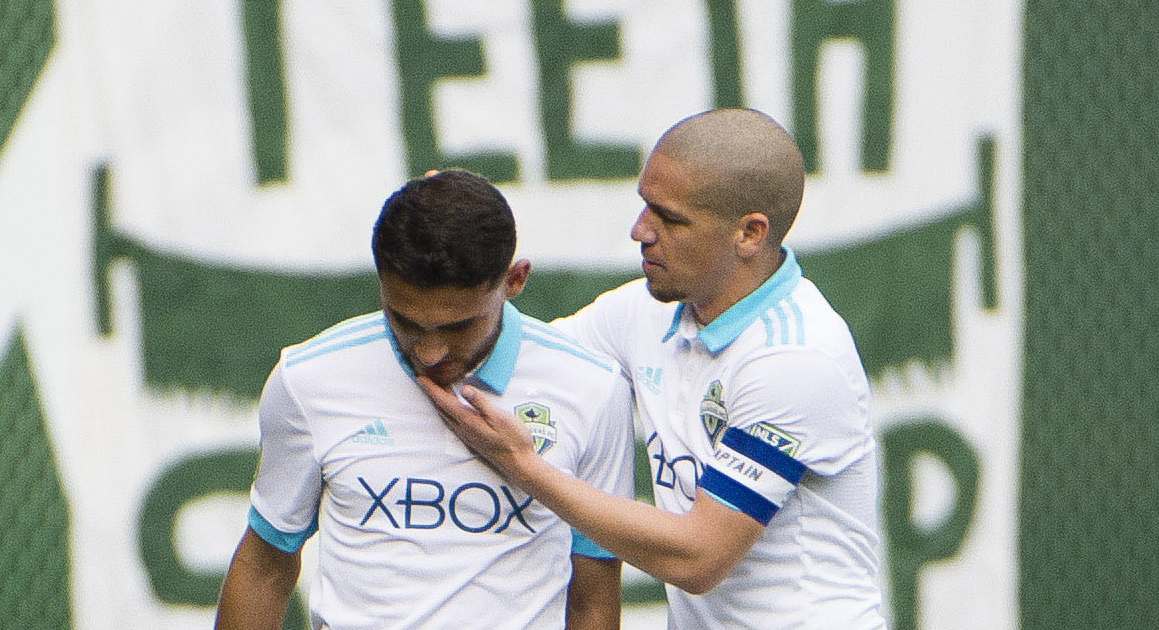 The Seattle Sounders are down a goal and have two key injuries to deal with for Thursday’s Western Conference semifinal second leg against the Portland Timbers.

Although they have plenty going against them, the Sounders will still advance to the Western Conference final.

Remember this is the two-time defending West champions we’re talking about.

The Sounders led by manager Brian Schmetzer possess a wealth of experienced options to plug into their lineup, and it can’t be stated how important the away goal netted by Raul Ruidiaz at Providence Park will be.

Replacing the injured Chad Marshall with Roman Torres doesn’t hurt the Sounders in terms of experience, but there could be a drop off, at least in the first 15-20 minutes, since the Panamanian hasn’t played as much as he has in the past.

Cristian Roldan will be a game-time decision, and if he’s out for Thursday’s clash, Harry Shipp is the logical choice to slide into the lineup, but like Torres, he hasn’t spent a ton of time on the field.

Even with two potential weaknesses at center back and right winger, the Sounders will be tactically sound enough to absorb whatever punches the Timbers throw at them.

Seattle will be more than prepared by Schmetzer, who doesn’t get enough credit for the job he’s done since taking over for Sigi Schmid in 2016.

The Sounders have improved their roster since their initial foray into MLS Cup in 2016, but they still carry enough experience to see the game out and win by one goal.

Starting with goalkeeper Stefan Frei, who didn’t need any extra motivation to succeed but got it anyway when we was snubbed for the Goalkeeper of the Year award, the Sounders have veterans at each position capable of jamming up what the Timbers want to do through the middle of the field.

Osvaldo Alonso, who still somehow flies under the radar, has plenty of experience dealing with the intricacies of Diego Valeri’s game, and that should help slowing down the Argentinian,

In the final third, the combination of Nicolas Loderio and Ruidiaz should wreak havoc on the Timbers back line, as they search for one goal that could define the series and send the Timbers packing.

Ruidiaz has been scoring in bunches lately, as he has three two-goal performances since September and found the back of the net four times in his last three games.

In his last six matches, Lodeiro has one goal and seven assists, including four in his last three games at CenturyLink Field.

All the Sounders need is for the pair of South American to create a few chances early to put the pressure on the Timbers, and take some off the defense as Torres gets into a rhythm.

The Sounders were able to do that in the first leg, when Ruidiaz linked up with Roldan’s cross from the right wing and finished past Jeff Attinella.

While the Sounders have some advantages in Thursday’s game. winning won’t be easy against their Cascadian rival, but if they disrupt Valeri’s rhythm and put a goal into the net in the first 25 minutes, the Timbers will be thrown off balance and forced to push.

The Sounders have been here before. They defeated Vancouver at home a year ago to move on to the West final and two years ago they secured an away goal against FC Dallas to advance.

Although they’ll have to overcome a few absences, the Sounders will make it through to their third straight West final, and on top of everything, they’ll have an extra three days of rest entering the next round.