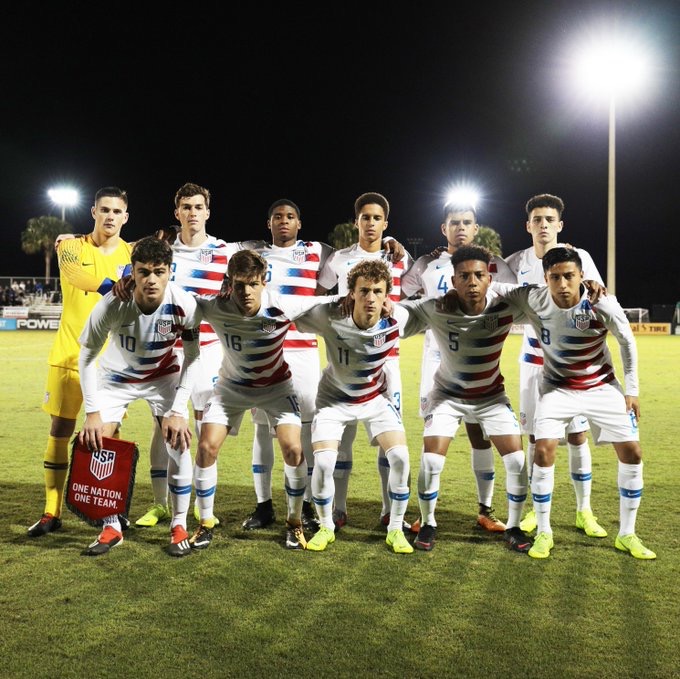 The U.S. Under-17 Men’s National Team followed up Wednesday’s draw with Portugal with a 1-0 win over Turkey on Friday.

Much like they did against Portugal on Wednesday, the Americans grabbed  first-half lead. FC Dallas academy product Ricardo Pepi scored the goal, taking a shot from outside the penalty area that snuck inside the near post to give the U.S. U-17s the lead before halftime.

Shaun Tsakiris’ men were able to accomplish what they could not do against Portugal as they defended a one-goal lead until the final whistle.

A heavily changed starting lineup saw six players earn their first start at the Nike International Friendlies. The backline was largely unchanged other than Mason Judge stepping in for the first time this tournament. Chituru Odunze started behind them in between the goalposts as he made his first start of the tournament

The USMNT U-17s got off to a good start in this match as they had multiple opportunities to take a lead in the first half. Tayvon Gray’s headed-effort in the opening minutes flashed across goal while Pepi had an acrobatic effort later in the half that sailed over the bar.

Just like Wednesday’s match, the Americans went into halftime hoping to be able to fend off their opponents for another 45 minutes.

Opener right before the half! 💥

Ricardo Pepi's strike marks the difference for the 🇺🇸 at the #NikeFriendlies! pic.twitter.com/IfeNiXlx7q

Despite Turkey winning several dangerous set pieces, Odunze and his defenders were able to prevent Turkey from equalizing.

The U.S. U-17’s will return to action on Sunday against Brazil where their destiny is in their own hands. While currently level with Portugal in the table on points, the Americans sit in second due to goal differential. A big win against Brazil on Sunday could see the U.S. win another Nike International Friendly Tournament.