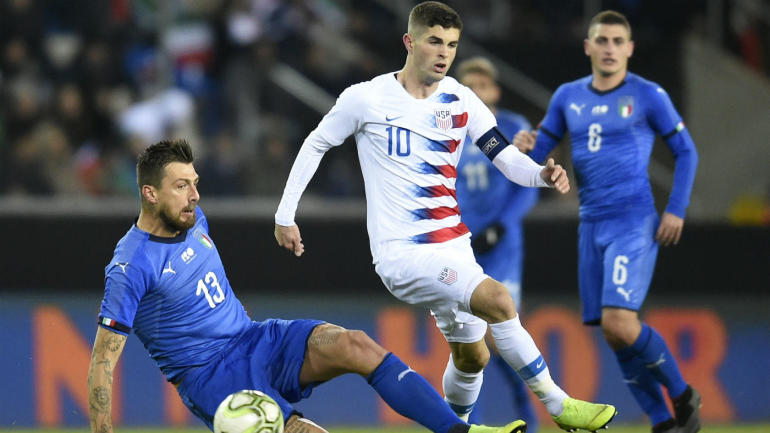 After a pair of tough defeats in November, the U.S. Men’s National Team has dropped two places to 25th in the latest FIFA rankings.

The USMNT lost to fifth-ranked England and 18th-ranked Italy since the previous ranking in October.

25th overall is good for second amongst Concacaf teams, as 17th-ranked Mexico also dropped a place since October. El Tri lost a pair of 2-0 friendlies this month to Argentina which saw them fall a place in the rankings.

Meanwhile, Belgium remained the No. 1 ranked team in FIFA’s rankings, despite a recent 5-2 loss to Switzerland in the UEFA Nations League. The top five saw no movement, as France, Brazil, Croatia, and England all stayed in their places. Portugal jumped up a place to No. 6 while Uruguay fell to seventh.