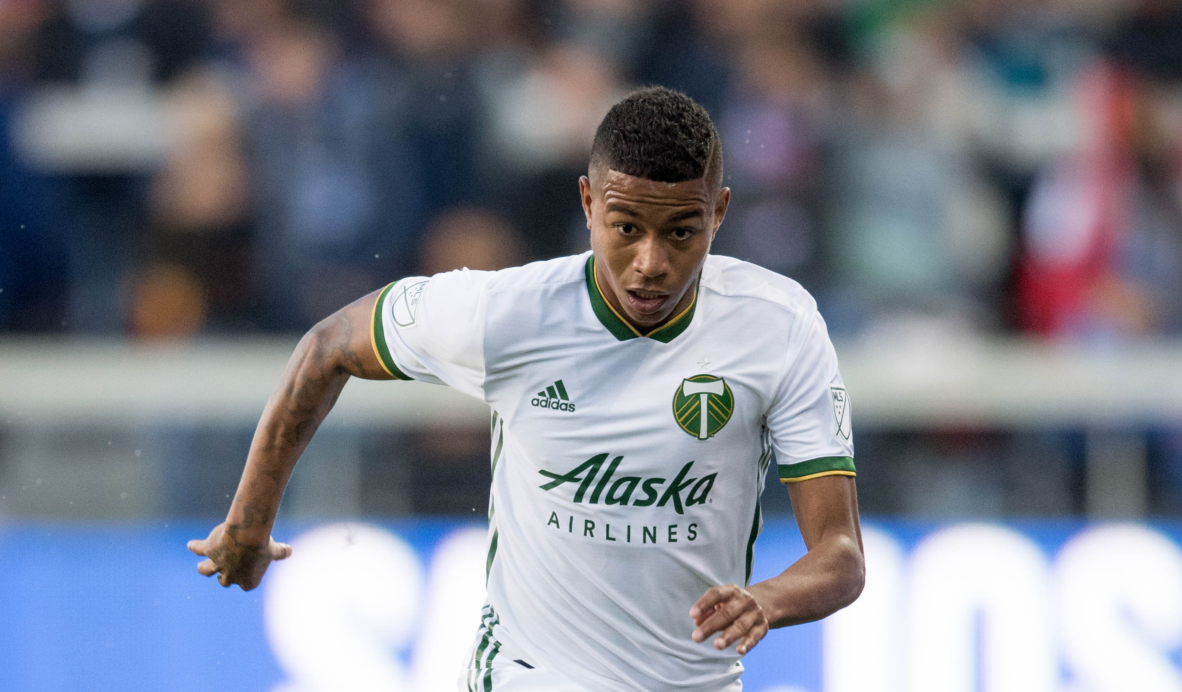 ATLANTA — Andy Polo is focused on his short-term goal of helping the Portland Timbers win the MLS Cup Final, but he also has a long-term objective that he hopes to accomplish.

Namely, sticking around in Portland.

Polo has spent the past week preparing for Saturday’s championship game against Atlanta United, but the match will represent more than just a chance for him to claim the league title. Polo is currently on a season-long loan from Liga MX side Morelia that concludes at the end of the year, so the bout at Mercedes-Benz Stadium will mark the midfielder’s last one with the Timbers under the current deal.

The 24-year-old Peruvian international is, however, hoping he can extend his time with the Timbers.

“I would like to stay,” Polo told SBI. “It will be something that my agent and Portland will look at, but I am honestly very comfortable here and my family is also enjoying it. But I think we’ll work on that after the season because you always have finish what you’re focused on, which is the final, and you don’t want any distractions.

“Afterwards, we can work on those things more calmly.”

Polo was not an automatic starter for the Timbers during the regular season, but he became an integral piece for the club during its run to the final. The young speedster has gotten the nod in four of the club’s five playoff games, only missing the first leg of the Western Conference Finals against Sporting Kansas City because of an injury sustained while on international duty.

What Polo has been all year for the Timbers is a versatile piece. He has played in a number of positions, shuffling at times from playing in his natural wide spot on the right to playing as more of a central midfielder at times. His attacking numbers may not be all that impressive — after all, he recorded just one goal and two assists this season — but he has made contributions with other parts of his game.

Added Timbers captain Diego Valeri: “On top of being a great person in the locker room and being such a calm and pleasant person, he’s brought quality on the field with his speed and sacrifice to put in the work when the team doesn’t have the ball. He’s a player that quietly gives us a lot to be the team that we are today.”

Given the way the Timbers have approached their playoff matches this season, it seems likely that Polo will get another start in Saturday’s MLS Cup Final. Polo could be deployed his natural right midfield spot to use his speed to test Atlanta United’s back line and his energy and work rate to track back and help out defensively, or he may be used more centrally to try and limit Atlanta playmaker Miguel Almiron’s impact.

Even if he doesn’t get the nod, though, Polo is hoping the Timbers can continue their trend of prevailing on the road in these playoffs and that he has a dream ending to his first season with the club.

If Polo is able to help the Timbers lift the trophy, his chances of sticking with the club will surely improve. Savarese said Friday he would like to bring Polo back in 2019, and Polo lauded  how great the city and club have been to him this year on multiple occasions.

His future with the Timbers may currently be uncertain, but Polo is hoping that is not the case for much longer.

“Personally, I liked Portland a lot and my family feels very comfortable here,” said Polo. “Hopefully I can stick around for many more years.”