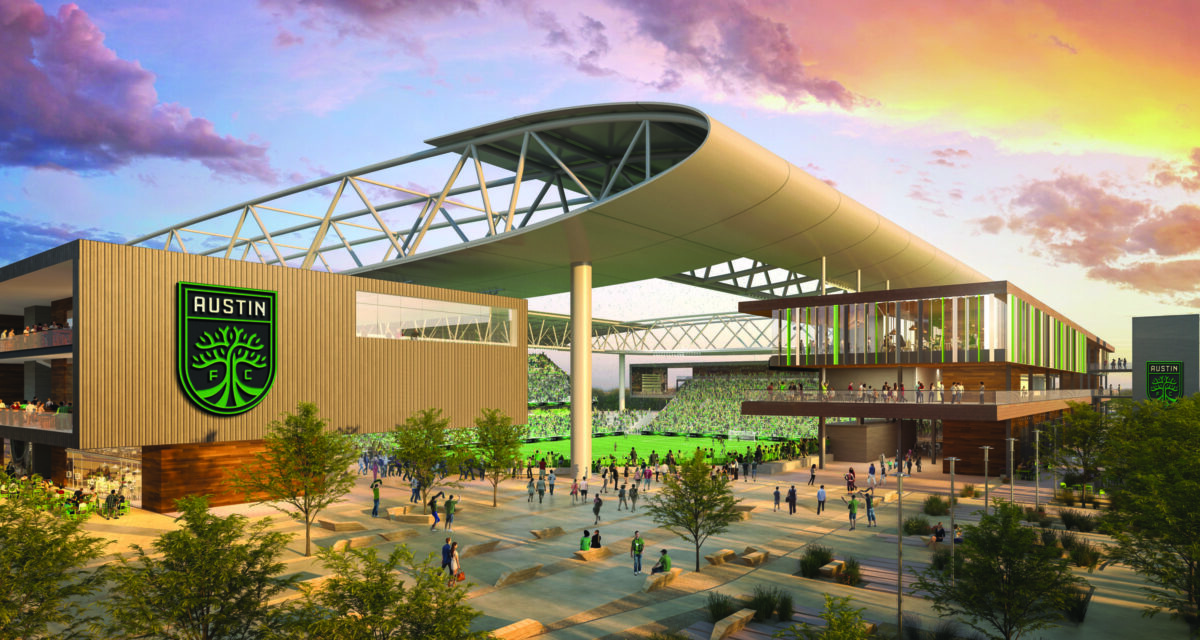 Austin FC officially has its own stadium.

The city of Austin and Precourt Sports Ventures LLC. finalized a deal on Wednesday to build a landmark $225 million soccer stadium for the incoming expansion club at McKalla Place. The groundbreaking for the new stadium will take place next year with the stadium scheduled to open in 2021.

The $225 million, 20,000 seat stadium will be entirely funded by PSV, including the construction costs and operating expenses during the club’s initial 20-year lease of the 24-acre parcel of land.

As a part of the deal with the city, PSV will pay $550,000 rent annually to the city of Austin with over $16 million going to various youth soccer programs and other charities.

“We are honored that through building this stadium we will be able to create jobs, provide a first-rate soccer and entertainment complex and bring a unifying platform for all of Austin to rally behind – all at no cost to the taxpayer,” PSV chairman Anthony Precourt said.

It will be an open-air, natural grass stadium that will also be used for other entertainment events. It will include a park and open space that will be open to the public year-round.

“Bringing major league sports to Austin will help bring all parts of our diverse city together, so today’s lease signing is very exciting for our community,” Mayor Steve Adler said. “The partnership between the team, the League and the City is a great deal for Austin. I can’t wait for us to celebrate our first MLS championship.”

The incoming stadium was originally meant to be the home for a relocated Columbus Crew. However, after retaliation by Crew and other soccer supporters, Precourt sold the franchise to the Haslam family, the owners of the Cleveland Browns. The Haslam family plans to keep the Crew in Columbus while Precourt gets his new franchise in Austin.

It’s unclear if Austin will take the pitch in 2020 or 2021. If the team plays in 2020, they’ll play at a temporary facility while the stadium is being built, but they could follow in LAFC’s footsteps and wait for the extra year to open in its own stadium.