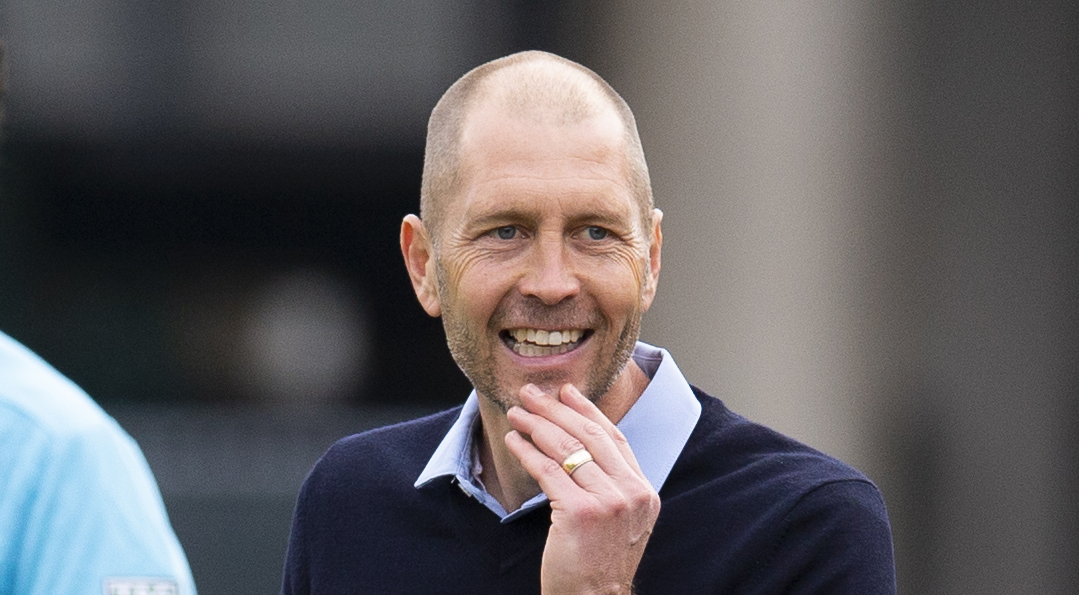 NEW YORK — Gregg Berhalter has laid out a vision for how he wants his version of the U.S. Men’s National Team to play. He wants the team to build up out of the back, he wants possession, and he wants chances to be created through that possession.

One question that remains, though: Does he have the tools necessary to play that way?

Berhalter was formally presented as the new U.S. head coach on Tuesday in Manhattan, and arguably the biggest takeaway from his introductory press conference was his detailed response to how the U.S. will play under his guidance. Like Jurgen Klinsmann in his initial presser as U.S. head coach, Berhalter laid out an aggressive approach.

“The idea is that it’s a fluid style that the players are intent on breaking lines, playing through the opponent and creating goal-scoring opportunities,” said Berhalter. “At times we can do a better job changing the tempo instead of playing at such a high rhythm all of the time. I think mixing that rhythm is going to be very important, especially at the international level, and especially given the climates we are going to be playing in.

“But we want to see ball circulation, breaking lines, and creating goal scoring opportunities. That should be the DNA of this team.”

Implementing that aesthetically-pleasing style of play sounds promising, especially to a disillusioned fanbase still hurting from the failure to qualify for the last World Cup — but it may prove quite the challenge for Berhalter, especially against tougher competition. The U.S. player pool, in general terms, is not known for its technical abilities, but rather for its energy, work rate, and physical qualities.

Klinsmann tried during his five-year tenure to have the Americans play an aggressive, proactive and exciting style that fans would appreciate, and —whether it was his tactics, the players not being suited for that type of system, or a combination of both — the team just looked lost, confused, and uncomfortable trying to play that way.

Some observers might point to Berhalter building a technical side that prized possession and created chances through it during his time as coach of the Columbus Crew, but the international level of the game is not the same as the club level. Berhalter will not be able to go and get a Federico Higuain or Harrison Afful from the open market, but rather will have to train his players to learn to play a style that is largely alien to them.

“The idea is that we’re an attacking-based team that wants to create goal-scoring opportunities by disorganizing the opponent,” said Berhalter. “We’ll do that in a number of different ways. What I’d say is that consistently over my time at Columbus we’ve done it through build up where we start with the ball at the back, the team tries to press us and we play through to try to create goal-scoring opportunities. We are making the field big.

“Another way to do that is to use pressure. whether we start in the mid-block or move into high pressure to force turnovers and win the ball and immediately create goal scoring opportunities.”

What’s more is that Berhalter will not have much time to introduce and work on things before playing games of importance. Yes, the USMNT has two winter friendlies scheduled, but he will not be able to pick many, if any, of the foreign-based Americans for those matches because the games fall outside of FIFA’s international calendar. Berhalter will only have two games during the March window and likely two to three more friendlies in late May/early June to really work with his full-strength side before competing in the CONCACAF Gold Cup, which begins on June 15.

Berhalter may ultimately come to the conclusion that the players he has at his disposal do not fit his preferred way of playing and adjust accordingly. However, if he can get the players to play a more exciting, aggressive, and technical game then the U.S. might start consistently winning games again as well as winning back the fans.