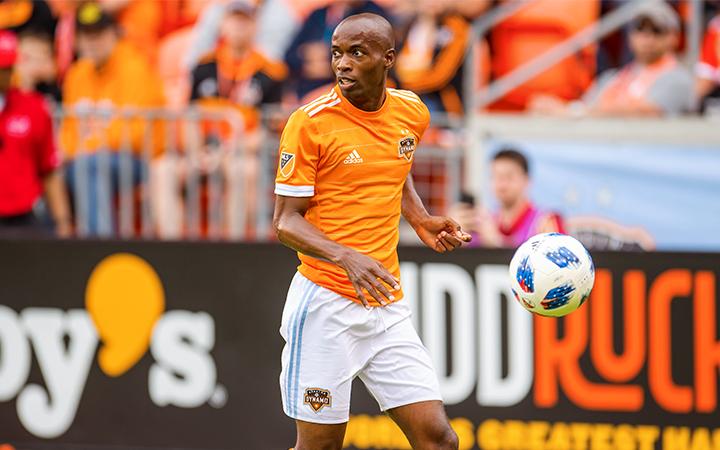 DaMarcus Beasley will be back in the Orange and Black of the Houston Dynamo in 2019.

The 36-year-old was re-signed by the Dynamo on Sunday, continuing a decorated career for the former U.S. Men’s National Team defender. Beasley has made 112 appearances with the team since joining in 2014, and recently captained them to the 2018 U.S. Open Cup title.

“We are extremely pleased to announce that DaMarcus will be returning to the Houston Dynamo for the 2019 season,” said Dynamo Senior Vice President and General Manager Matt Jordan. “He is a key leader in our team, and a true professional in every sense of the word. His winning mentality and quality as a player will be important for our group as we prepare for the 2019 season.”

Beasley’s 19-year professional career has seen stops with PSV, Rangers, Puebla, Manchester City, and the Chicago Fire. He has also won 127 caps with the USMNT while representing them at four World Cups.

2018 saw Beasley make 26 appearances, while scoring one goal and recording two assists during the regular season. His performance earned him club Defender of the Year honors.

“We are delighted to bring our remarkable captain back to lead the team into a very tough 2019 season,” said Dynamo Head Coach Wilmer Cabrera. “The Dynamo have to face a very challenging schedule and DaMarcus has been an outstanding pillar for our team, helping us create a mentality of competing to win at all times. His consistency over his career shows not only his talent, but also his professionalism and dedication.”