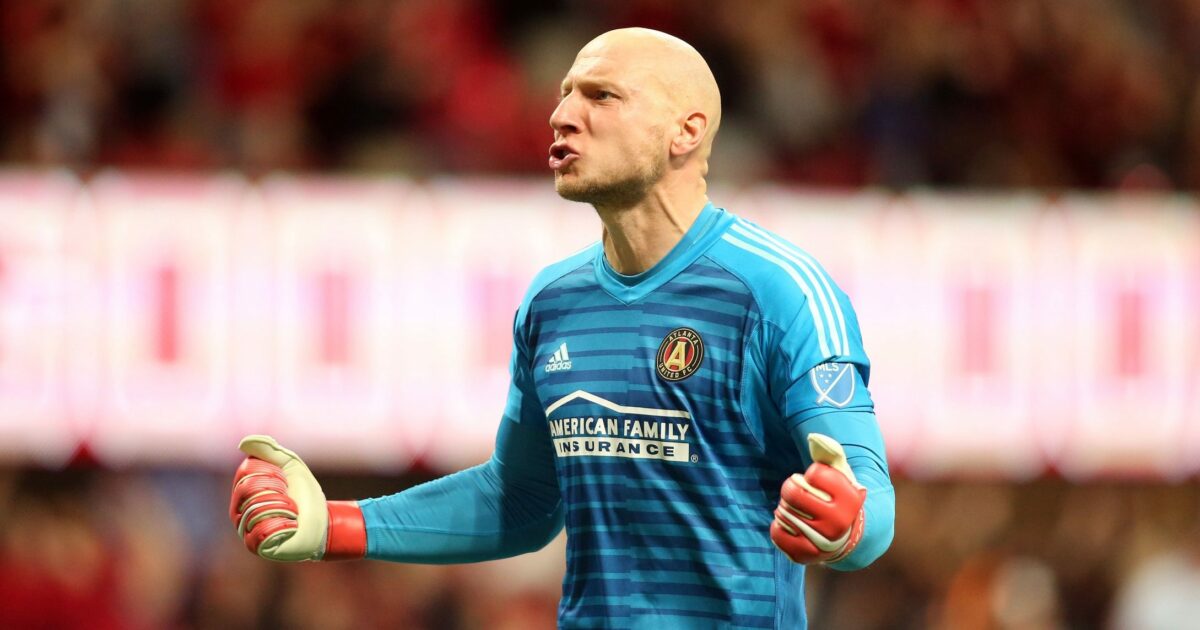 ATLANTA — At 34-years-old, Atlanta United goalkeeper Brad Guzan knows he is nearing the end of his playing career. Still, the former Premier League starter and current MLS All-Star is continuing to make strides as he hopes to lift his first domestic title on Saturday with the Five Stripes.

Atlanta United has soared their way to a place in the 2018 MLS Cup Final in only their second MLS season. It’s a feat that is rarely seen and something that will certainly go down in history, whether they win or lose.

For Guzan, his move from Middlesbrough to Atlanta came in the middle of last season but he quickly fit in with the talented bunch of veterans and young stars. Now as he gears up for his first ever domestic final in the United States, the pressure will continue to rise for the team down South who has made a strong impression in MLS.

“It’s been good, obviously exciting,” Guzan said. “For us we’ve been able to limit the distractions for the most part and go about our business as usual. We should be good. It’s going to be electrifying. It’s going to be exciting for us as a team, for us as a club, for the fans, for the city. It’s been a long year and it all comes down to one game on Saturday night.”

The Five Stripes rolled off 21 regular-season wins, 70 goals scored, and a +26 goal differential which was good for second in MLS. Guzan’s leadership, experience and 10 clean sheets, has helped Atlanta quickly show to the rest of the league that they can defend and keep opponents off the scoreboard.

Despite some hiccups throughout the regular season, the Five Stripes have been dominant at home posting a 11-2-4 record including a 1-1 draw against the Timbers back on June 24. Even with the postseason lights coming on, Atlanta has kept two clean sheets and outscored their opponents 7-2 through four matches. It was something Guzan knew that needed to be done, not only for advancement in the postseason, but to show to themselves that they could learn from the losses and press forward.

“We knew if we wanted to do something special, we’d have to be better,” Guzan said. “It wasn’t good enough and so Red Bulls away and Toronto on the last game of the season, those performances weren’t us and they weren’t going to be enough come playoff time. We knew something had to change and for us we’ve been able to turn things around.”

After eliminating both NYCFC and the New York Red Bulls this postseason, the Five Stripes will need to deal with a Portland Timbers seeking their second title in four seasons. Led by first-year head coach Giovanni Savarese, the Timbers were able to knockout higher seeded teams including the No. 1 ranked Sporting Kansas City to earn this opportunity.

With Argentinian playmakers Diego Valeri and Sebastian Blanco headlining the Timbers attack, the Five Stripes will need to be ready for the dynamic duo. Portland flexed their muscles in Kansas City a week ago, and would love to come and knock off the home team in their own park. Shutting down a Timbers attack who has scored 54 goals this season will be tough, but Guzan knows his teammates must be ready for anything.

“[Portland] has shown they can do both,” Guzan said. “In Kansas City, they showed they can step their lines higher and maybe not press full on as the Red Bulls would, but they certainly can push up the field. At the same time, they were here earlier in the season. Their ability to sit in a solid block makes them difficult to break down. Whichever way they choose, we’re going to have to play accordingly and figure that out sooner than later.”

“I think the way we play we try to have some of the ball,” Guzan continued. “It’s a final so the game itself will ultimately dictate how it’s played. I’m sure at the beginning there’s going to be a sense of trying to feel each other out and trying to get a grasp of the game. I can’t have an answer for you now, but I will after the final whistle.”