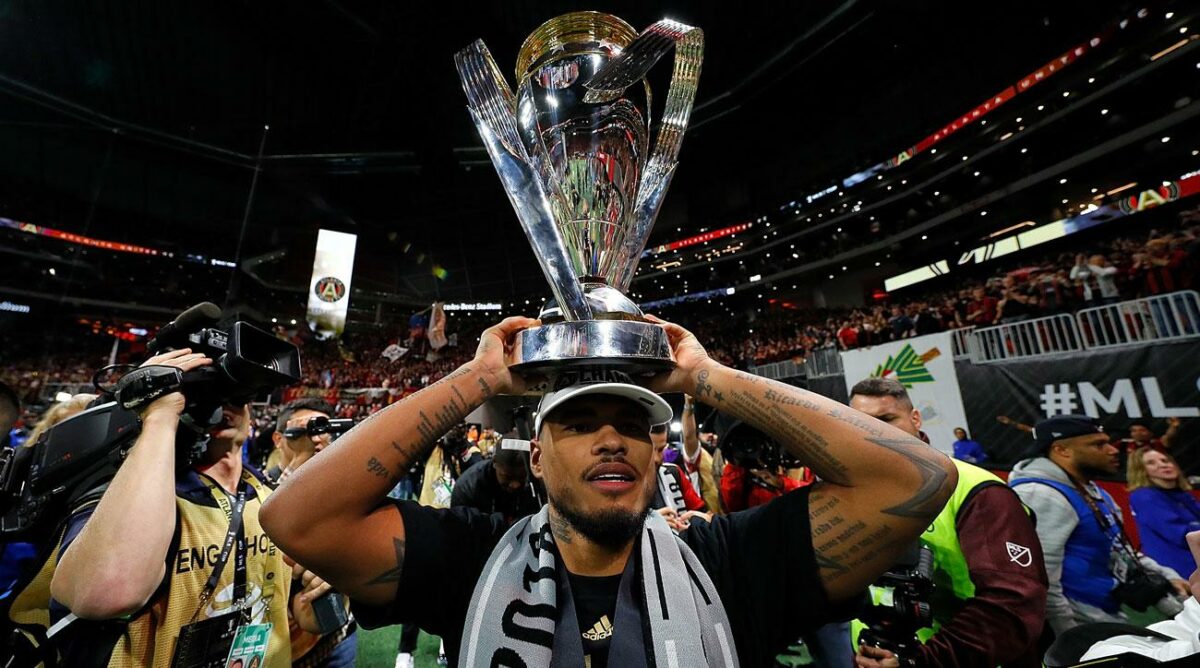 ATLANTA — For all his accolades and accomplishments, Josef Martinez did something on Saturday night that he had never done before in his career.

He became a champion.

Martinez won the first title of his career on Saturday by leading Atlanta United to a 2-0 victory over the Portland Timbers in the MLS Cup Final. Martinez provided the difference in the triumph, delivering the winning goal in the 39th minute and dishing out an assist early in the second half en route to being voted the winner of the game’s MVP award.

It was a perfect ending to a dream year for the prolific striker, who broke the MLS record for goals in a single season and was named the winner of the league’s most valuable player award earlier in the week.

“I don’t have words to describe everything he has done here in Atlanta,” said playmaker Miguel Almiron. “I’ve said it before: I think he’s the face of Atlanta United. Josef makes history, Atlanta makes history, and I’m very happy for him for everything that he has achieved and everything he is going to achieve. I always wish him the best of luck in the world.”

To probably no one’s surprise, the 25-year-old Martinez was at the heart of both of Atlanta United’s best attacking moments against a Timbers team that was content with throwing numbers behind the ball.

The Venezuelan international first capitalized on the one clear look he had in the game late in the opening stanza, alertly receiving a ball played forward by a crunching tackle from teammate Michael Parkhurst on Timbers forward Jeremy Ebobisse and cooly gliding past onrushing goalkeeper Jeff Attinella before slotting a low shot home.

“This one,” said a grinning Martinez when asked which of his 35 goals in 2018 was his favorite. “Without a doubt.”

If Martinez’s tally removed some of the tension and pressure Atlanta United was feeling, his next major contribution helped send the club and most of the 73,019 fans inside of Mercedes-Benz Stadium into absolute delirium. On a set piece in the 54th minute, Martinez perfectly flicked a cross from Miguel Almiron to the back post for unmarked teammate Franco Escobar to fire home.

It was the knockout blow to the Timbers’ chances of coming back in the game, and another bit of success for Atlanta United’s most lethal weapon.

“I think it’s due to my teammates,” said Martinez. “I have to thank them for making it a little bit easier for me and I have to thank God for giving me the opportunity to do what I love and to keep me healthy. Last year I had a lot of injuries and this season I was able to stay healthy.

“I also have to thank my friends and family for being with me in the good and bad moments, and every single person who works at the club who will allow me to drink these beers today. I’m happy. I’m happy.”

During the post-game festivities, Martinez reflected on his dream year and savored the feeling of being a champion as much as the celebratory beer and champagne that ended up littering the locker room floor. He was thrilled to have delivered a trophy to the club and city of Atlanta, but was equally as excited to have won the first title of his career.

“I’ve never been a champion before. This is the first time,” said Martinez. “I have to thank God for this amazing gift he gave me.”