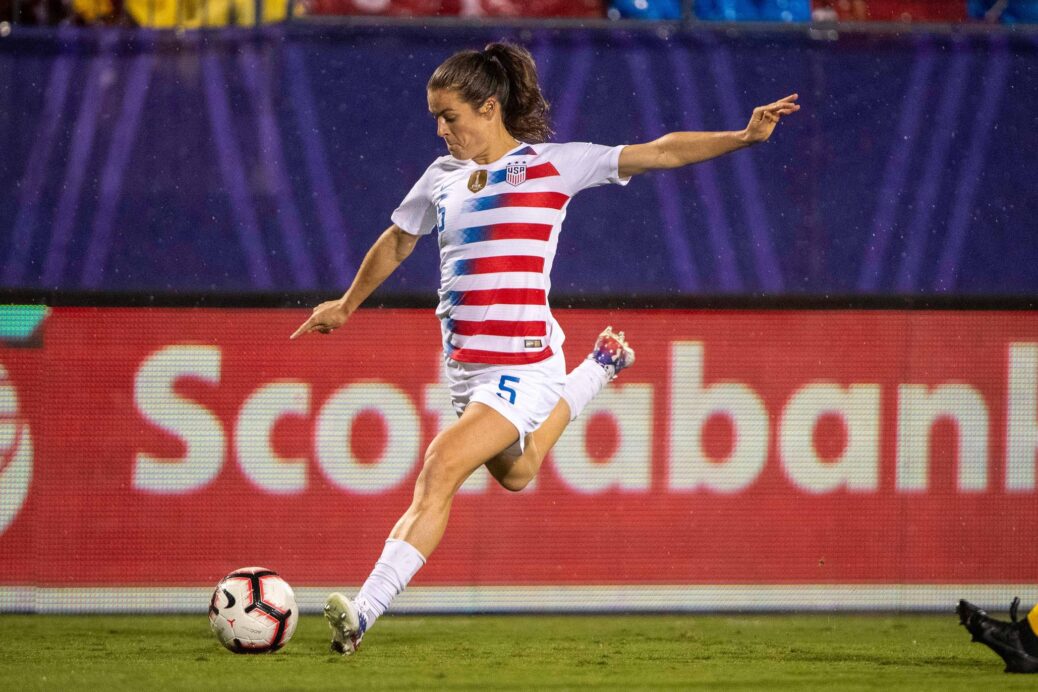 The U.S. Women’s National Team learned its path to defending the Women’s World Cup title on Saturday and defender Kelley O’Hara is excited to face an old rival.

The USWNT and Sweden headline Group F in this summer’s Women’s World Cup and are joined by Thailand and Chile. Looking ahead, the draw presents a possible quarterfinal matchup against host nation France.

“I’m pumped,” O’Hara said after watching the draw at a viewing event in Atlanta. “So excited. It’s nice to finally know who our competition is going to be in these first three games. We can start to prepare and kind of envision who’s going to be on the other side of the field.”

The USWNT open the tournament on June 11 in Reims against Thailand before taking on Chile in the second match. Jill Ellis’ team concludes the group stage against the Swedes.

Sweden will present a difficult challenge. It is ranked number nine in the world and eliminated the USWNT from the 2016 Olympics in Brazil. The two also played each other in the group stage of the 2015 World Cup, a game that ended in a scoreless draw.

“I’m excited to play Sweden,” O’Hara said. “They obviously knocked us out of the 2016 Olympics so I think there’s going need to be a little bit of redemption there. I think that’s going to be a really good game to evaluate us for the rest of the tournament.”

“We have a great rivalry, I would say, with Sweden and they’re always a really difficult opponent,” she continued.

Playing Sweden at the end of the round gives the USWNT a chance to build its way into the tournament. Relatively routine matches against Chile and Thailand hands the squad a chance to work out any kinks.

“Maybe if we’re starting a little sleepy we have the time to work into it,”  O’Hara said. “Hopefully that’s not the case. I don’t think it will be.”

The draw gives head coach Jill Ellis and the USWNT a chance to begin to prepare for its title defense.

The USWNT played all three of its opponents in the last two-and-a-half years, so there will be plenty of familiarity. Despite that, O’Hara says she was going to be ready no matter which countries were drawn in the group.

“People have been asking this week, ‘Who do you want? Who do you want to play? What teams do you want to see? What’s your stiffest competition going to be?’ and at the end of the day we’re going to show up and play our game, do what we need to do and focus on us,” O’Hara said about her anticipation of the draw. “So I really didn’t go into today thinking I want a certain team or I hope we don’t play a certain team. I think anyone would say that on our team.”

The USWNT is certainly one of the favorites in the tournament.  It is the top ranked team in the world and defending World Cup champions. The desire to go back-to-back is strong, but O’Hara and the rest of the team don’t want to play like they are expected to come out on top.

“I would never put favorites on us, but we do hold ourselves to a high standard and expectation. Yeah, we want to win. Who doesn’t want to win the World Cup? Being the defending champions I absolutely want to go back to back.”

Here’s the full draw for next summer’s Women’s World Cup: