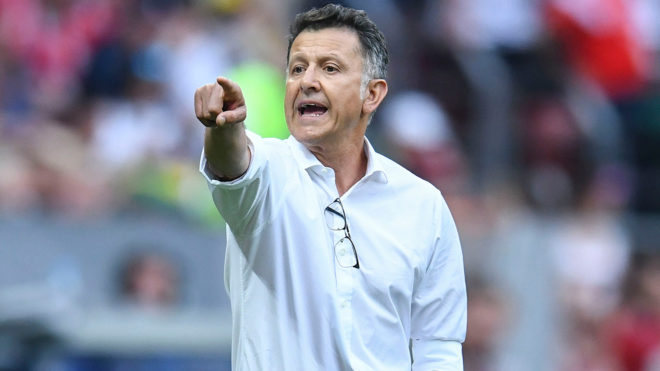 Juan Carlos Osorio will see the Mexican National Team sooner than he expected.

Osorio and the Paraguayan National Team will face El Tri in the second of a pair of friendlies next March, in what will be Osorio’s first match-up against his former team since his departure.

The match is set for March 26th at Levi’s Stadium in Santa Clara, Cali. also the home of one of Osorio’s lowest moments in charge of Mexico. El Tri was handed a 7-0 beatdown to Chile in the 2016 Copa America Centenario quarterfinal. The humiliating defeat then snapped a 22-match unbeaten run for Mexico.

Despite qualifying for the 2018 FIFA World Cup, Osorio and Mexico were bounced out in the Round of 16 to Brazil. He declined a contract extension with the National Team, which ended a three-year stint at the helm.

Osorio’s time with Paraguay has been short so far, with a 1-1 draw against South Africa his only match to show. Before facing El Tri, the Albirroja will take on South American counterparts Peru at Red Bull Arena four days prior.

The 57-year-old will have a busy start to 2019 as he will attend the South American U-20 Championship in January, before participating in the Copa America draw on Jan. 24th.