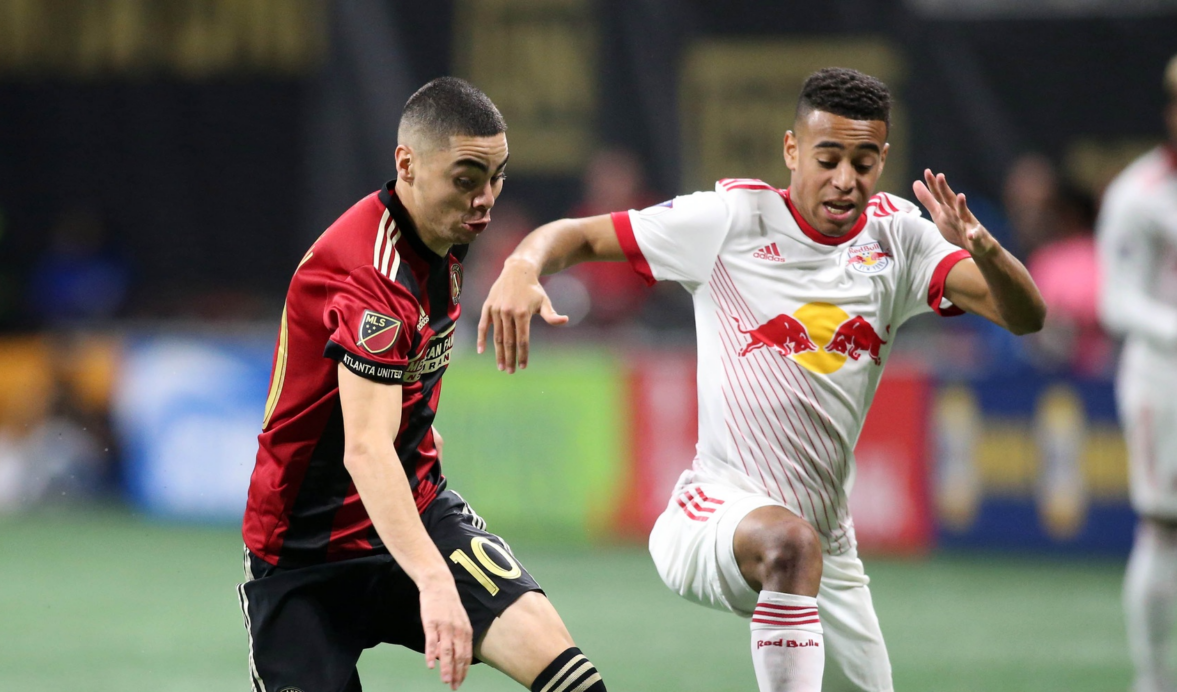 HARRISON, N.J. — It has been nearly a week, but the sting, disappointment and hurt from the latest playoff elimination is still there for the New York Red Bulls.

The Red Bulls saw their most promising year, a record-setting year, come to an abrupt halt last Thursday night, falling to Atlanta United in the Eastern Conference Finals. While the 3-1 defeat on aggregate was frustrating enough on its own, what made the result even tougher to swallow for some Red Bulls players was the manner in which they played and lost the first leg of the series in such lopsided fashion.

Atlanta United took the opening fixture down in Mercedes-Benz Stadium on Nov. 25 with a commanding and decisive 3-0 advantage, and a lot of the talk after that match circled around the Red Bulls’ curious decision to not press as high up the field as per their usual. New York ended up sitting deeper in that match and looked uncomfortable doing so, and several players lamented that following the completion of their exit interviews on Tuesday.

“I think we just didn’t play the way that we should’ve, the way that we did during the season. Red Bulls soccer: press high and try to win back balls high up the field,” said midfielder Daniel Royer. “I can’t tell you any reason or why that happened but that’s for me how I look, especially after the game reflecting to the game. It wasn’t like we’re used to doing that.”

Added right back Michael Murillo: “Reviewing it now, we made a little bit of a mistake in the manner that we played because we tried to do something on the field that we hadn’t done many times before and it cost us a chance at the title. I think that was the key in the game.”

One of the veteran leaders on the team, star striker Bradley Wright-Phillips agreed with the notion that the Red Bulls did not look like themselves during that opening leg. Wright-Phillips even said, “I saw a different us in that first game,” referring to the Red Bulls’ decision to allow Atlanta United to play to its strengths by building out of the back.

The 33-year-old forward added, however, that Chris Armas’ gameplan was not simply about sitting back and absorbing the pressure. Nonetheless, the tactics used in the first leg were clearly different from the ones that saw the Red Bulls suffocate Atlanta United during their final regular season meeting on Sept. 30. The Red Bulls won that game, 2-0, in convincing fashion, pinning Atlanta deep in its half by not allowing Gerard ‘Tata’ Martino’s men to build out and almost completely nullifying the likes of Josef Martinez and Miguel Almiron.

“A team like us, if we’re pressing and winning the ball, for us we’re playing amazing,” added Wright-Phillips. “For them it’s different. If they’re just knocking it around, they all get confident. They all feel like they’re players that they are, why they’re Atlanta. It’s hard to stop a team like that when they get confident. We let them get confident by playing around.”

“When a team has that much time on the ball, especially a team like Atlanta, they’re very comfortable,” said Davis. “That’s something we’ve done really good in the past, pressing them. Of course looking back if we could’ve pressed them more and made them more uncomfortable, I think that that would’ve been better, but at the same time they did a really good job of moving the ball and playing through us.”

Red Bulls captain Luis Robles did not share the idea that the tactics were the main culprit for the team’s postseason demise. Robles instead described it as a result of not enough players stepping up and delivering.

“I think it’s too simple to say that (the gameplan cost us) because there was a lot more going on than just tactics,” said Robles. “What’s made us good this year —71 points-good, Supporters’ Shield-good — is that we got performances at the right time. We didn’t get enough performances at that time, and that was a big, big moment in our season.

“When you look at the Orlando game (on Oct. 28) at home knowing that there’s another result going on and yet you had to take care of business, there was such a professionalism to the way that we went about our business. That didn’t transfer on the road when we went to Atlanta.”

Armas was not asked during the Red Bulls’ end-of-season availability if he regretted the decision to not press Atlanta United in more advanced positions, though he defended his decisions last week shortly after the first-leg defeat.

The Red Bulls’ first-year head coach did say he learned lessons from going up against other talented managers, though, and that there is still room for him to grow.

“Tactically, when you’re coaching against Bob Bradley, when you’re coaching against Tata, (Gregg) Berhalter, it challenges you to really think about the game differently and you get pushed to the limit,” said Armas. “From game-planning to seeing how we can hurt opponents and spaces to attack, this is what I’ve loved to do and I’ve learned in that area, still with a lot to learn.”

Looking ahead to what is next, the Red Bulls stated they were going into the offseason hungry to get back on the field in 2019 and complete the task of winning that elusive first MLS Cup. This year looked poised to be that, a record-setting regular season even pointed to that, but a slip-up in deep in the playoffs has left the Red Bulls ruing what could have been.

“We just had a bad start in the first leg, so that hurts as a player,” said Davis. “It hurts to think about and you think a lot about the game and every single play. This is the playoffs, every single play matters and that’s what you realize coming out of that.

“All I can say is that for us it’s really difficult to deal with right now, but hopefully after a few weeks we’ll get over that and be able to reflect on the great season that we had.”