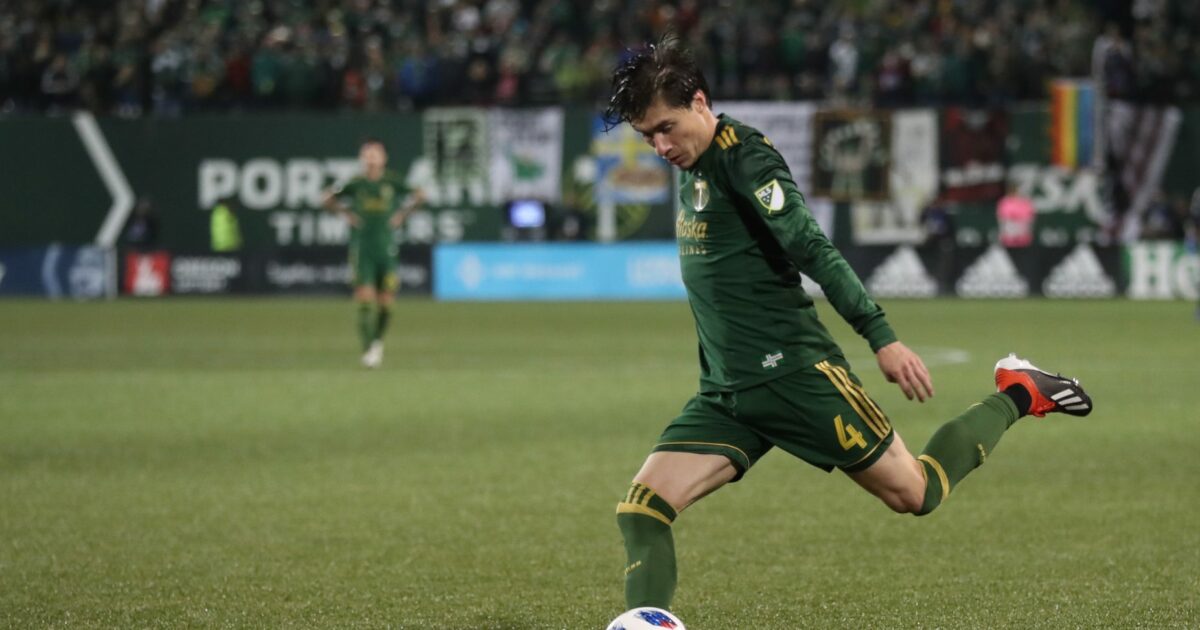 The Portland Timbers know they will have their hands full when they face Atlanta United in Saturday’s MLS Cup Final. They are quick on the attack with some of the most prolific forwards in the league. They create width through attacking wing backs that excel at setting up the playmakers up front.

However, while Porland trusts their defense, they know that aggressive style can create chances on the counter attack. That plays well into Portland’s strengths. After a plenty of trial and error in the regular season, head coach Giovanni Savarese has settled on a style that focuses on defending first and hitting quick when they recover the ball.

“Playing with three at the back they push their wing backs so high, so we have to be careful with that,” left back Jorge Villafana said before training on Friday morning. “On the other side we know there’s going to be space there because if they go that high and they lose the ball we can counter them and we’re a really good counter team.”

Villafana will be one of those players looking to create open lanes of attack through his wide runs from the back, but as he opens up Atlanta’s back three, there will need to be someone there to exploit that opening. That’s where forward Jeremy Ebobisse is hoping to have plenty of success.

The young striker is the new kid on the block as far as the Timbers go. He’s learning from the more experienced players on the roster, especially those that played in MLS Cup four years ago. As for what he’s hoping to accomplish on Saturday, he is going to try and take advantage of the spaces left by Atlanta’s attacking wing backs.

“We’re going to have to take advantage of the spaces,” Ebobisse said before training began on Friday. “We’re really strong on the ball and we’re really fast in our build up and counter attacks. So we’re just going to take advantage of the spaces presented to us. For me if that’s going in behind or showing up to feet to link up the play then that’s what I’m going to have to do. It all depends on what’s presented to us tomorrow.”

Overall, the Timbers don’t feel like they need to change much from what they’ve done all playoffs long, whether it’s up front with their attacks or at back defending against Miguel Almiron or Josef Martinez. They’ve already faced some quick attacks this playoff season already and, while Atlanta may be the best of the lot, they don’t use any concepts they’ve never seen before, or even ideas the Timbers have never used themselves. While not quite as prolific, Diego Valeri and Sebastian Blanco are somewhat analogous to Martinez and Almiron.

“On the opposite side we have Valeri, Blanco,” Villafana said. “So they have to be worried about us because we have potential and players that can change the game at any time.”

Savarese was able to bring everything together. The Timbers game plan on Saturday isn’t going to be about just trying to get through the game. The team wants to win a second MLS Cup. It doesn’t matter if it’s the players like Villafana, Valeri, or defender Liam Ridgewell that were all there when the Timbers won in 2015, or the newcomers like Blanco, Andy Polo, or David Guzman. Those guys have all played in various high profile matches before, but even Ebobisse, who’s hasn’t played in anything larger than the Concacaf U-20 Championship, is hungry to win a major trophy.