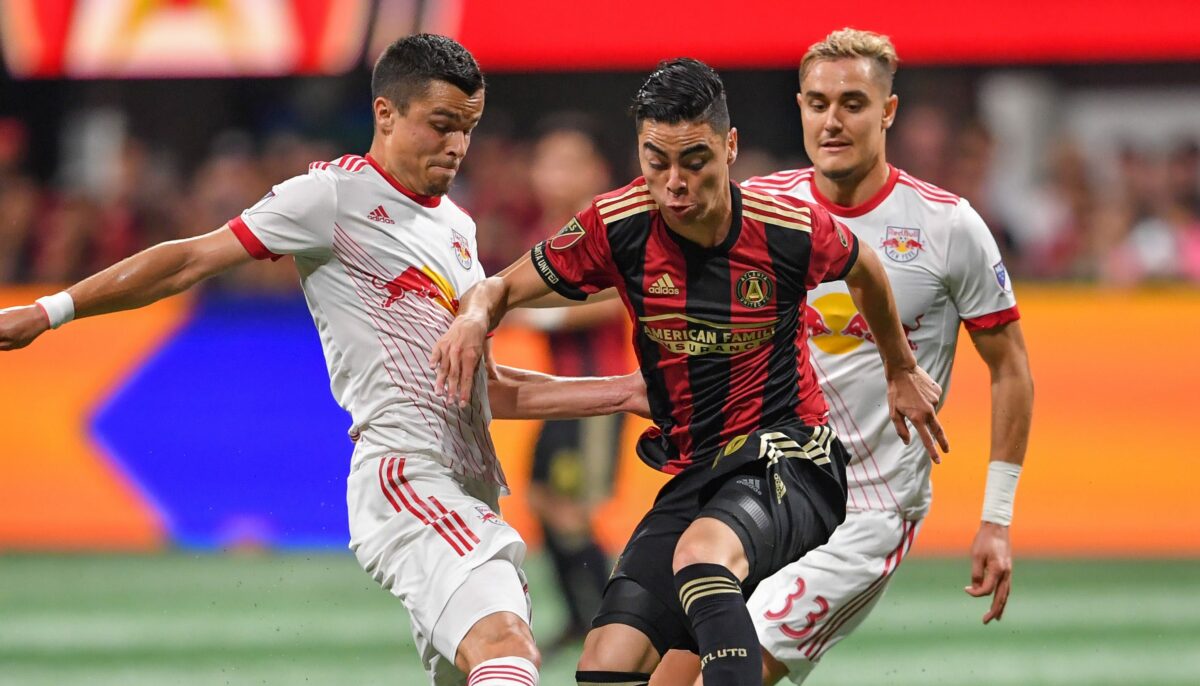 Atlanta confirmed that the sale sets a new MLS record for an outgoing transfer fee. They didn’t cite a specific figure, but it is believed to be about $27 million. He originally signed for Atlanta for about $8 million.

Almiron spent two years with Atlanta and was stellar in both of them. He scored nine times and had 14 assists on his way to becoming an MVP finalist and winning Newcomer of the Year in his first year. Last season, he helped Atlanta win MLS Cup while scoring 12 times and grabbing another 14 assists.

“First and foremost, we want to thank Miguel for two incredible years with Atlanta United, culminating in winning MLS Cup last season,” Atlanta United President Darren Eales said. “When we recruited Miguel, we knew he was a fantastically talented player, who could achieve success in Atlanta, develop his game further, and, if he wished, move to a top European League. Two years later, we couldn’t be happier with what Miguel has contributed to the club, and that he is realizing his dream of playing in the Premier League. He is a committed athlete who gives his all to the game and is loved by our fans as a player and as a person. We wish him nothing but the best in his career.”

Newcastle hope Almiron’s attacking prowess can keep them in the Premier League when the season ends. They are currently in 14th place, five points above the relegation zone.