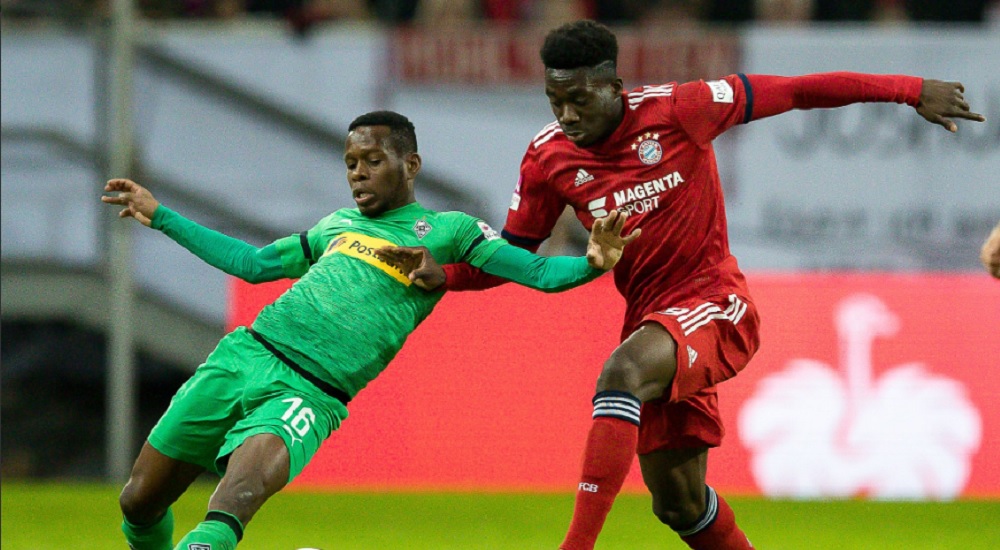 Alphonso Davies got his first taste of European action over the weekend and he received plenty of praise from his new teammates.

The 18-year-old former Vancouver Whitecaps midfielder made his debut for Bayern Munich on Sunday in a friendly against Borussia Monchengladbach over the weekend. The Canadian came on as a substitute in their penalty shootout win in the final of the Telekom Cup, a friendly tournament used to fill time during the Bundesliga’s annual winter break.

Davies didn’t get on the scoresheet in the game, but the fancy footwork and dribbling ability that made him a star in MLS was on full display. His efforts were enough to earn the praise of some of Bayern’s top players.

“He has a brutal speed and a tremendous drive to help us,” full back Joshua Kimmich said afterwards. “He’s doing very well at the age of 18. It’s good to be confident and he has settled in well.”

Davies netted an MLS record transfer fee when he signed an agreement to move to Bayern Munich last July. He finished the season with Vancouver and just joined his new club over the winter break. He originally signed with the Whitecaps in 2016, at the tender age of 16. He was the third youngest player to sign an MLS deal at the time.